Despite having a record $128 billion to spend on stocks, neither the renowned value guru nor either of his portfolio managers, Ted Weschler and Todd Combs, added to any of the company’s other positions during the quarter.

Valued at $214.67 billion, the equity portfolio consists of 48 stocks as of the end of the third quarter. Almost half the portfolio was invested in financial services stocks at 45.79%, while the technology sector has a weight of 27.33% and the consumer defensive space represents 14.99%. 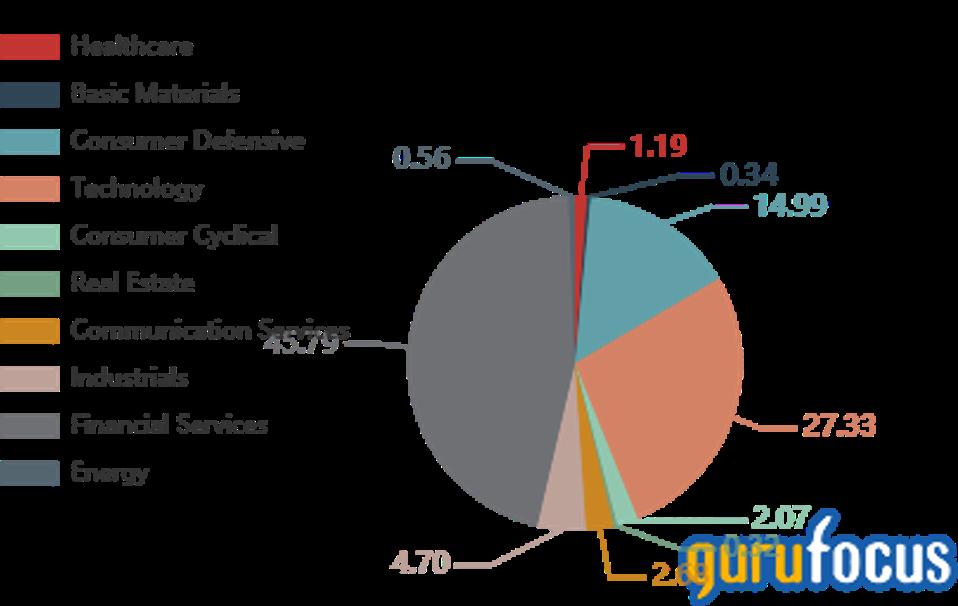 Buffett’s five largest holdings as of the end of the quarter, accounting for over half of the portfolio, were Apple, Bank of America Corp. (NYSE:BAC), The Coca-Cola Co. (KO), Wells Fargo and American Express Co. (AXP).

As previously announced, Buffett invested in 7.46 billion shares of Occidental Petroleum in support of its acquisition of Anadarko Petroleum Corp. The stake was given 0.15% space in the equity portfolio. Shares traded for an average price of $47.25 during the quarter.

The Peter Lynch chart shows the stock is trading above its fair value, suggesting it is overpriced. 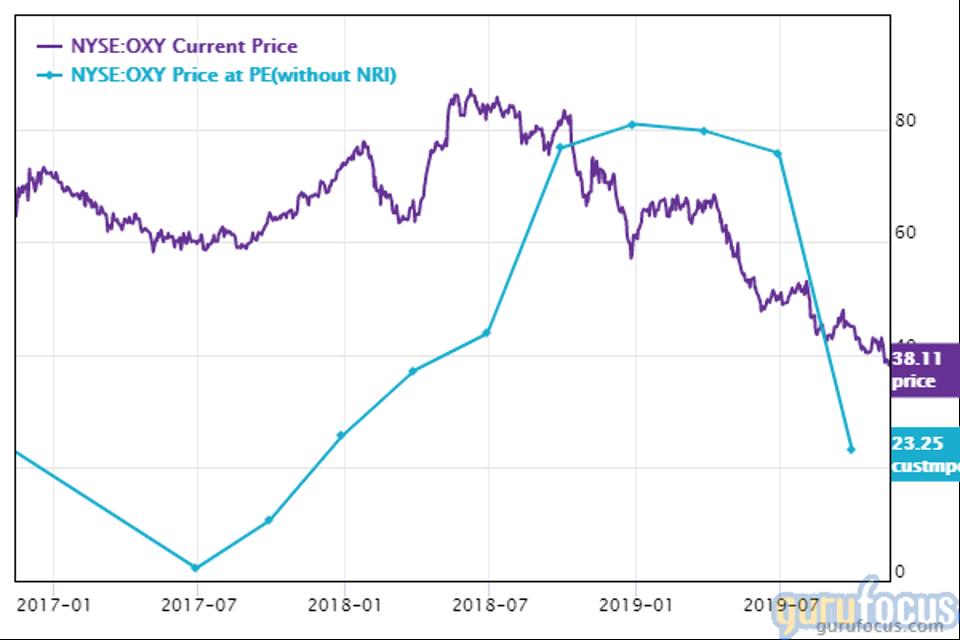 GuruFocus rated Occidental’s financial strength 3 out of 10 on the back of poor interest coverage and a low cash-debt ratio of 0.1. The Altman Z-Score of 0.75 warns the company could be at risk of going bankrupt.

The company’s profitability scored a 6 out of 10 rating, driven by strong margins and returns. Occidental also has a moderate Piotroski F-Score of 5, which indicates business conditions are stable. The business predictability rank of one out of five stars is on watch as a result of recording a decline in revenue per share over the last five years. According to GuruFocus, companies with this rank typically see their stocks gain an average of 1.1% per annum over a 10-year period.

Buffett picked up 1.2 million shares of RH, allocating 0.10% of the equity portfolio to the stake. The stock traded for an average price of $142.08 per share during the quarter.

The furniture retailer, which is headquartered in Corte Madera, California, has a market cap of $3.27 billion; its shares were trading around $175.22 on Friday with a price-earnings ratio of 26.9 and a price-sales ratio of 1.68.

According to the Peter Lynch chart, the stock is overvalued. 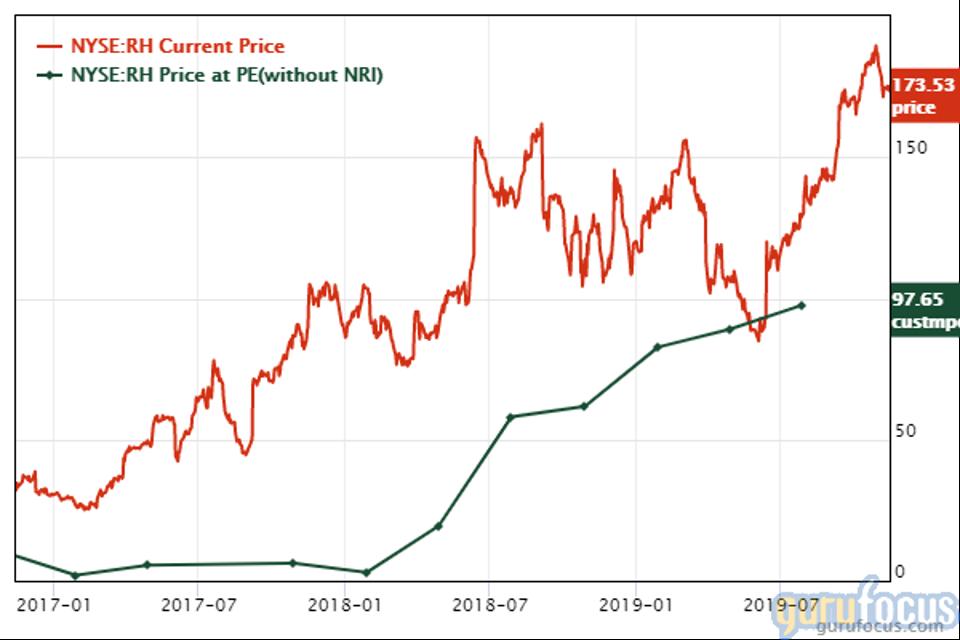 RH’s financial strength was rated 3 out of 10 by GuruFocus. As a result of issuing approximately $566.45 million in new long-term debt over the last three years, the company has low interest coverage. In addition, the Altman Z-Score of 1.8 warns the company could be in danger of filing for bankruptcy.

Despite recording a slowdown in revenue per share growth over the past 12 months, the company’s profitability scored a 6 out of 10 rating. In addition to operating margin expansion, RH is supported by strong returns that outperform more than half of its competitors and a robust Piotroski F-Score of 7, which indicates conditions are healthy. The furniture retailer also has a one-star business predictability rank.