Walmart Is a Defensive Stock to Add to the Shopping List 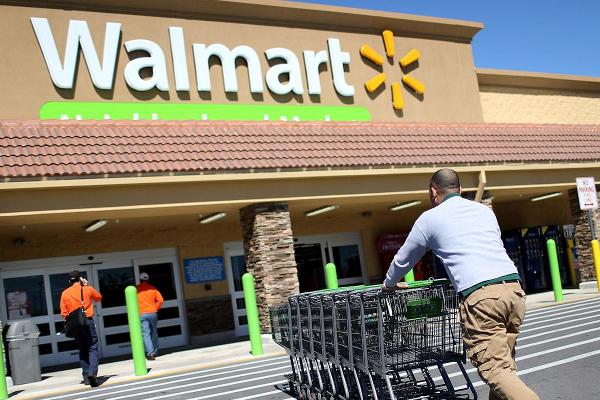 Walmart's fiscal 2020 second-quarter results were a breath of fresh air following days of distress in the stock market.

The Bentonville, Ark., megaretailer's numbers topped consensus expectations across the board, and it raised its full-year guidance.

The performance was a reminder that value can be captured in a generally soft retail sector. In the end, playing the high-quality, counter-cyclical card amid macroeconomic worries may prove the best investment strategy.

Walmart has successfully moved its business model from pure brick-and-mortar to an omnichannel retailer that relies on digital capabilities to drive respectable low- to mid-single-digit percentage top-line growth.

In the second quarter, e-commerce sales in the U.S. increased 37% on top of tough 2018 comps, with online grocery shopping gaining popularity. In the most recent period, the digital channel was responsible for about half of all comparable-sales growth in Walmart U.S. and substantially more at Sam's Club.

The e-commerce tailwinds are likely to continue as Walmart continues to add grocery pickup and delivery locations in its home country.

Initiatives like in-home delivery, same-day pickup at Sam's and WhatsApp ordering in Mexico have been launched, while 75% of the U.S. population already has access to next-day delivery services from walmart.com.

The good news does not end with top-line momentum. Faced with a number of expected margin headwinds -- heavier online sales mix, a shift toward lower-margin produce and fresh products, and cost pressures on imported goods --Walmart managed to keep profitability afloat.

Gross margin shrank nearly half a percentage point, but the narrowing was perhaps better than most had been anticipating.

To help offset margin softness, Walmart reduced operating expenses as a percentage of sales by 25 basis points, better than the company had been able to do in the first quarter.

If not for a higher effective tax rate and increased interest expenses driven by a richer debt load, needed partly to buy back shares, Walmart likely would have been able to grow EPS year over year by a few cents, despite all the margin pressures.

Plenty of Reasons to Appreciate the Stock

Walmart's beat and guidance raise are only a couple of factors supporting bullishness toward the company's stock on earnings day.

Its diversification characteristics should be considered, especially amid a turbulent stock market that seems very concerned about potential global economic deceleration.

During periods of distress, Walmart shares have historically outperformed the S&P 500 by a wide margin.

For instance, in fourth-quarter 2018, the stock dipped less than 1% while the broad market briefly entered bear territory. And during the recessions of 2002 and 2008, Walmart produced positive returns while the S&P 500 tumbled.

Until the macroeconomic landscape starts to look a bit less menacing, Walmart is a high-quality name to consider adding to a diversified portfolio -- one that could act as a hedge against a potential downturn in the equities market.