Wait for a Better Entry Point Before Trading Nvidia Stock

Nvidia (NASDAQ:NVDA) stock has been on a tear of late. It has rallied almost 100% since last May. But that hasn’t always been the case, as the company has seen its fair share of turbulence over the past two years. Not too long before this rally, Nvidia was falling of a cliff. It had no fans on Wall Street.

In fact, the experts seem to keep getting it wrong. They all loved coming into the stock at its all-time high near $290 per share. But then in October 2018 when it collapsed 55% the consensus flipped to pure hatred — even near $120 per share. Now that it’s back up near the highs of 2018 analysts love it again.

Clearly we do not need the experts to properly trade NVDA stock. Fundamentally it is expensive but that’s not a deal-breaker. It sells at a 64 trailing price-to-earnings ratio and 16.4 times sales. Compare that to Intel (NASDAQ:INTC)’s 14 P/E ratio and only 4 times sales. Advanced Micro Devices (NASDAQ:AMD) is the most expensive, but the stock has been the S&P 500 overall champ two years running. Note that Nvidia’s price-to-sales ratio is almost twice that of AMD.

I don’t dislike the stock, nor am I condoning shorting. But there is no clear entry point at today’s levels. If your goal is to continue owning it for eons then there’s nothing to do here. But if you’re looking to initiate new positions expecting greens in the next six months, I’d recommend waiting until it finds better footing. 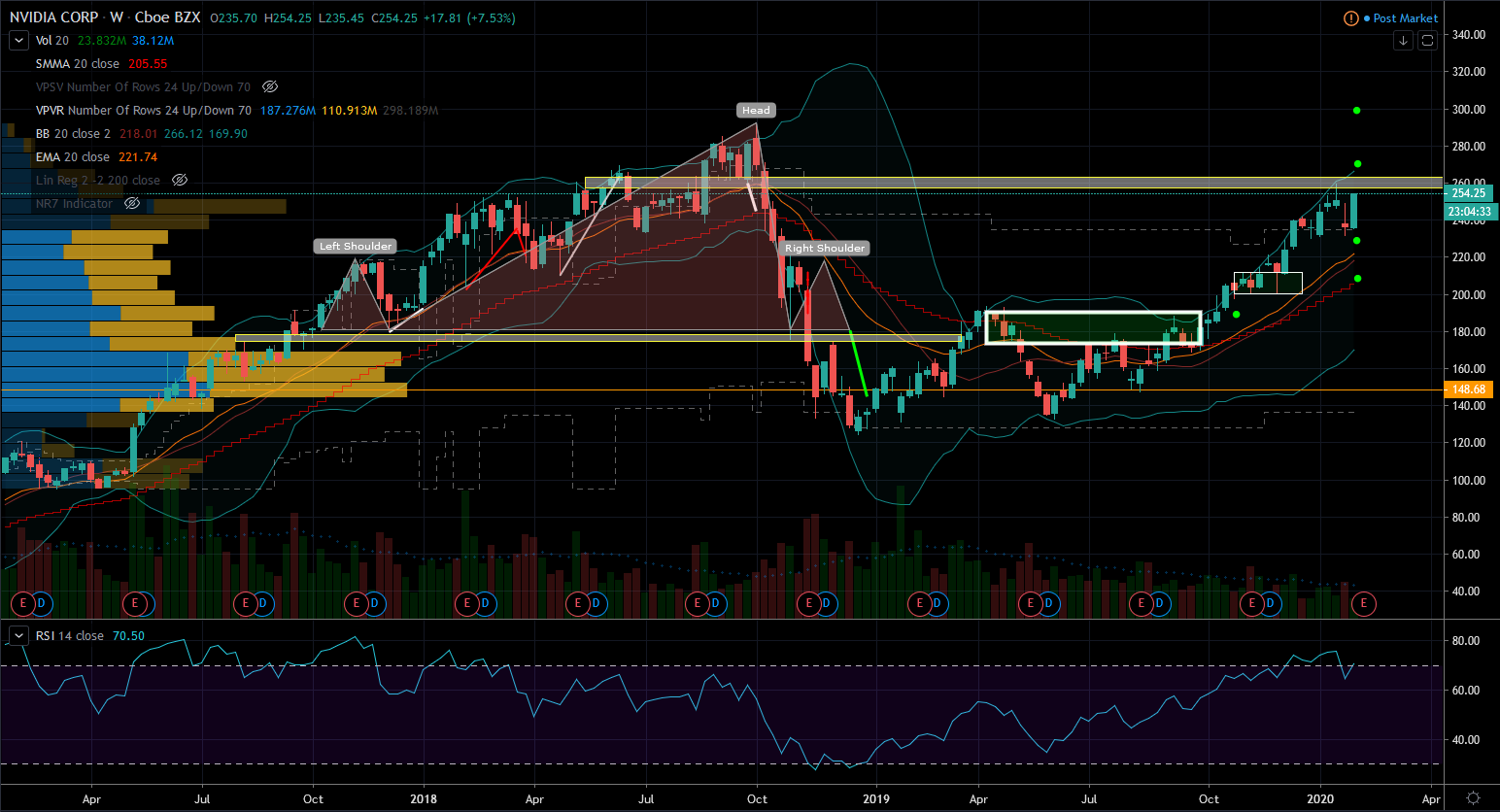 Technically there is a reason to argue for patience. Nvidia stock has been breaking out from $192 per share. The recent highs coincide with the target of said breakout. Inevitably, Wall Street might want to book some profits to establish a better base of owners. So, one strategy here would be to either buy it above $260 into a new momentum trade. Or, you can wait until it falls closer to $236.

Meanwhile, it is best to let it consolidate for a while. Stocks don’t go up forever, and they don’t go up in a straight line. Nvidia’s chart is now a very steep rising wedge, not unlike the general market, which just adds to my cautionary note. If there is a shake-up for whatever reason, the selling will come fast and furious because most hands are weak at this point. Small dips or continued consolidation sideways will allow the stock to establish a better base of investors so they can target higher prices.

How to Trade NVDA Stock

I once again want to stress that I do like the company long term. But I think there will be better entry points either from pullbacks or on further breakouts. For those itching to go long now, taking partial positions makes for a reasonable compromise. This strategy leaves room to manage your position in the coming weeks.

Shorting NVDA stock for long is hazardous. The world is committed to going more high-tech at a blinding rate. This company is set up to benefit greatly from the tech trends for years to come. Owning it is a good bet eventually, but picking smart entry points is preferable, so patience is warranted at these levels.