These Top Penny Stocks Have Pushed Higher This Month

The coronavirus scare didn’t make a massive dent in the capital markets over the past few weeks. But the dam finally broke on Monday as the real situation seemed to become clearer. On Monday, it emerged that the coronavirus had spread to Italy and Iran, thereby sparking fears that the global business supply chain might get affected.

Eventually, there was a selloff in the markets. Many stocks ended up on the red. It was also the largest single-day sell-off in roughly 2 years. Despite that, several penny stocks managed to record impressive gains. Many have pushed even higher as the week goes on. So, it may be important to have a closer look at some of those stocks.

First on this list of penny stocks is medical devices maker Endologix Inc. The company announced on Monday that it entered into an agreement with three holders of its 3.25% Senior Convertible Notes. The investors exchanged “an aggregate of approximately $11.0 million of the Existing Notes plus accrued interest for approximately $11.1 million of 5.0% Voluntary Convertible Senior Secured Notes due 2024”.

The notes in question were supposed to be due in 2020. The debt restructuring resulted in a 34% gain. It is a welcome break for ELGX stock, which hadn’t had a great year until this week. This momentum continued pushing shares of ELGX higher on Tuesday. This also comes after the company beat EPS estimates as well as sales for the quarter. The Company expects 2020 revenue of at least $145 million. 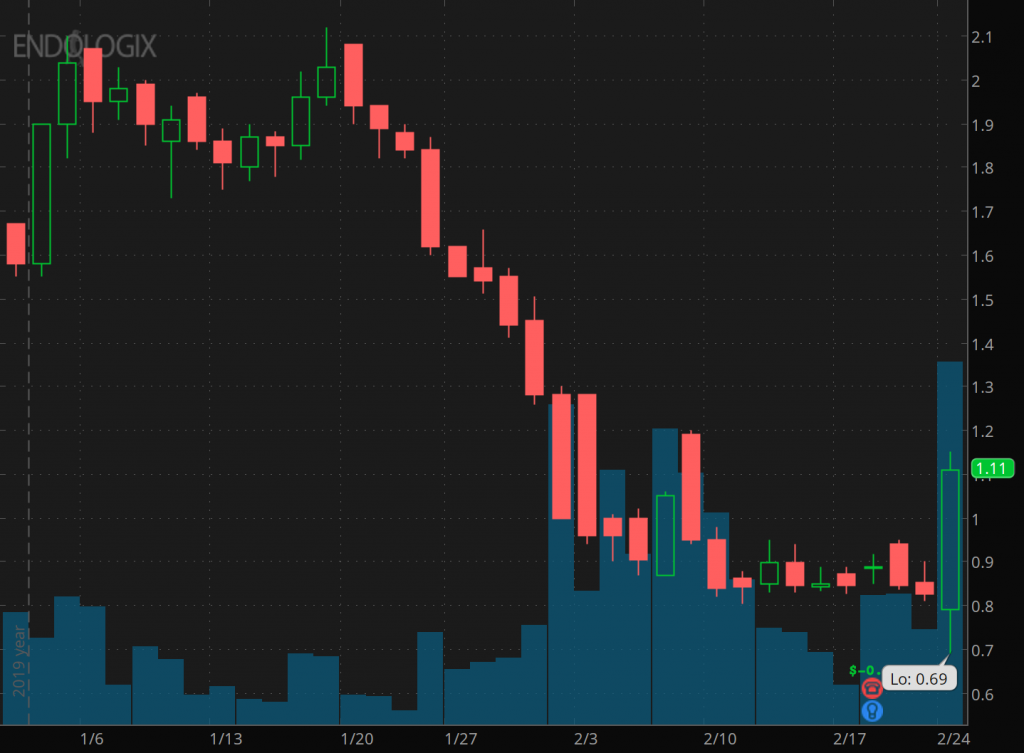 ADDvantage Technologies could be another interesting penny stock to watch this week. This has been one of the top penny stocks discussed on PennyStocks.com since May of last year. Over the course of just under a year, AEY stock has soared. This month alone, the penny stock has jumped by as much as 120% so far this month. On Monday, it rallied by 25% to hits $5.35 a share, which is its highest level in a decade.

Notably, for the quarter ended on December 31, 2019, the company generated $14 million in sales. This reflects a year on year jump of 105%. This week it emerged that the company’s Chief Financial Officer Kevin Brown has decided to step down from his position and will depart on March 6th, 2020. While shares continue to break new record-highs, what might continue to push AEY stock higher? 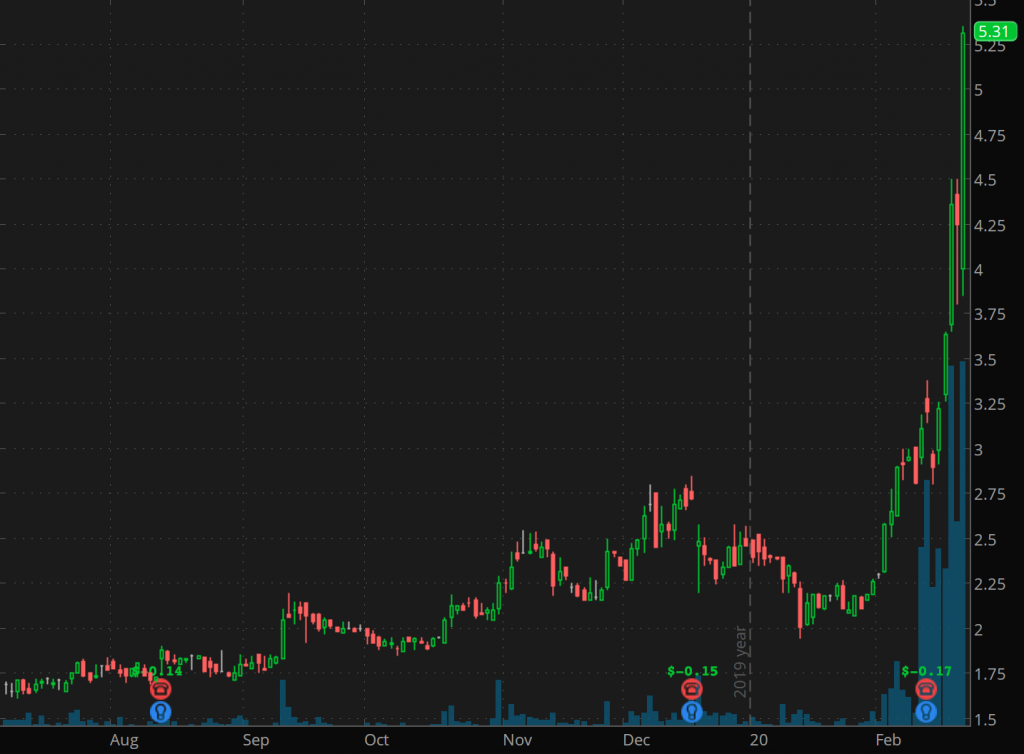 PAVmed Inc has emerged as another penny stock to watch this year. In fact, it has been one our readers have followed since early January. Last week, the company made a major announcement with regard to its product line. PAVmed announced that its EsoCure™ Esophageal Ablation Device with Caldus™ Technology had been added to its pipeline of commercial products.

It is an important development for the company, and market participants welcomed it as well. What followed was an update on a new partnership deal for the company. PAVmed reported that its subsidiary, Lucid Diagnostics Inc., entered into a sponsored research agreement. This was with the Fred Hutchinson Cancer Research Center at the University of Washington.

PAVmed and Lucid are seeking to offer the only comprehensive and complementary panel of products capable of detecting and treating conditions across the spectrum of conditions from BE to EAC. PAVM stock recorded gains for 10 sessions on the trot and managed to soar by as much as 125%. 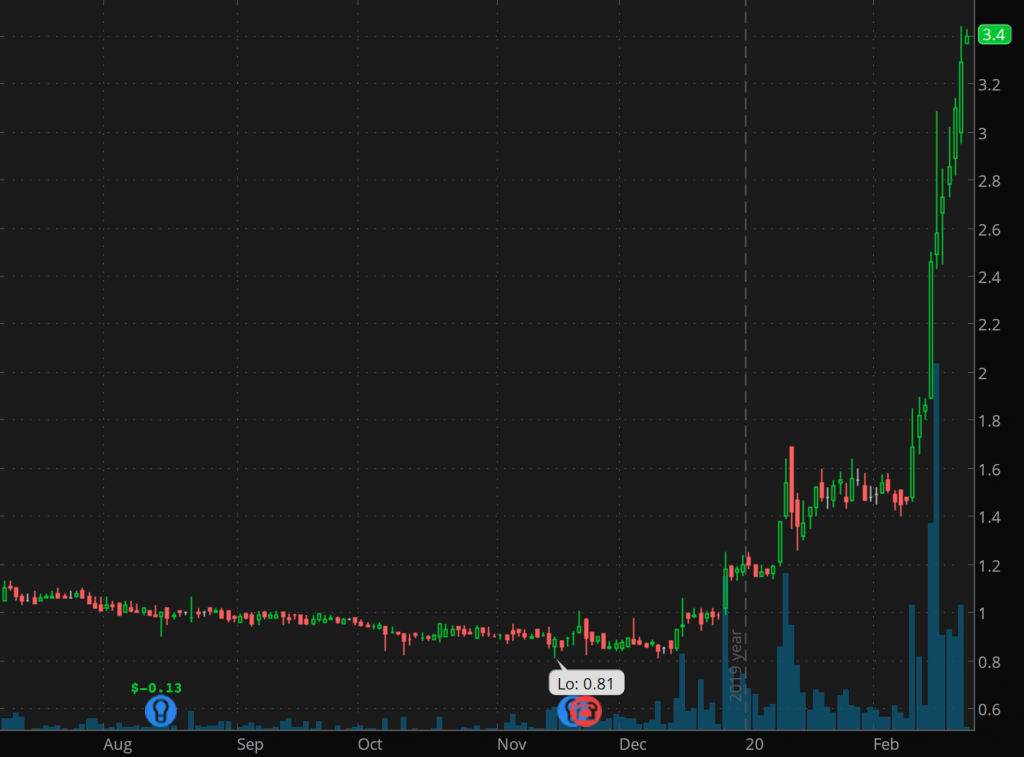 Shares of Nio Inc. broke new February highs this week. The company’s been focused on its growth strategy for 2020. As such, Nio reported on a topic that had rumors flying a few weeks back. The company was reportedly in talks for the financing of more than $1 billion.

This week the company confirmed these rumors to be true following its latest update. Nio announced that it entered into a collaboration framework agreement with the government of Hefei. This is where its main manufacturing hub is located. Through the agreement, the Hefei government expects to provide certain resources and funding support to the company. Among these is to support the fundraising of more than $1.4 billion as well as new manufacturing facilities. This is according to further reports from Reuters.

Thanks to this news, analysts responded favorably to the electric vehicle manufacturer. Bernstein upgraded NIO stock to Market Perform from Underperform. It also issued a $4 price target. Furthermore, shares of NIO began to climb back above $5 for the first time since January during premarket trading. However, it still remains to be seen if NIO stock will continue its upward trajectory. Shortly after the opening bell, shares plunged back below $4.50 a share. Will this be the trend for the week or is this just profit-taking after a large gap-up on Tuesday? 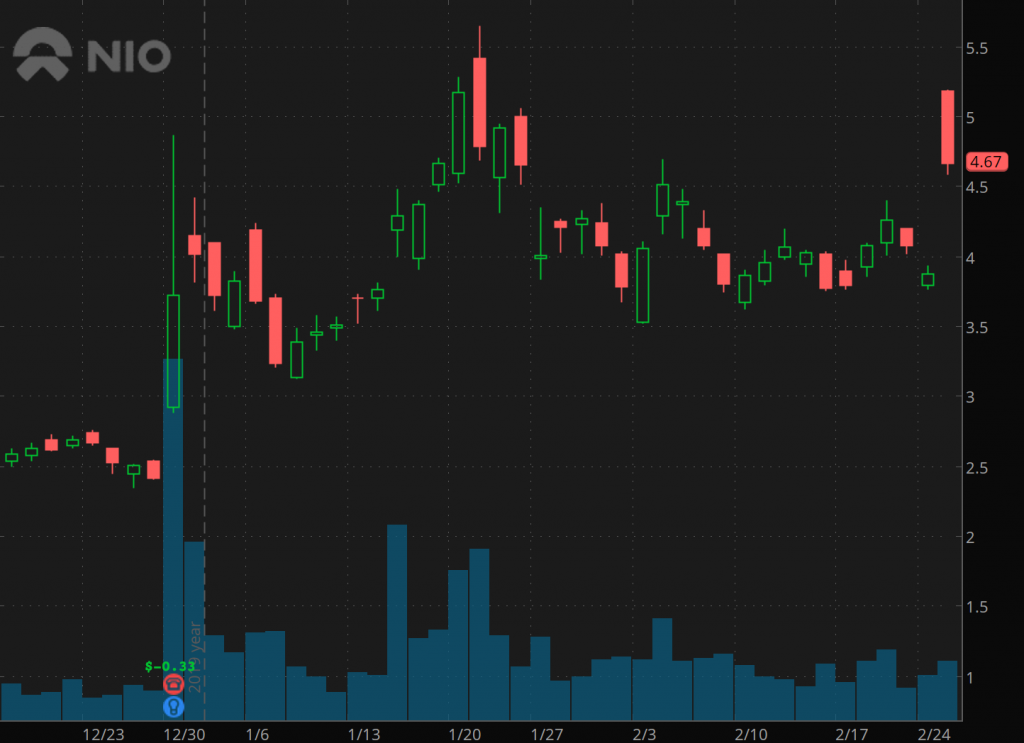 Finally, Zynerba Pharmaceuticals has managed to break out of penny stock territory for the first time since February 14. Shares were trading sideways for the last few weeks leading up to the company’s recent update.

This week Zynerba announced that the U.S. Patent and Trademark Office issued U.S. Patent No. 10,568,848, titled “Treatment of Autism with Cannabidiol”. This includes claims directed to methods of treating autism spectrum disorder by “transdermally administering, via a gel or cream, a therapeutically effective amount of purified cannabidiol (CBD)”.

This was a big win for the company and could be an even bigger proof point in favor of cannabis as a pharmaceutical option. This patent also follows the previously announced issuance of US Patent No. 10,314,792, titled “Treatment of Autism with Cannabidiol”. Shares of ZYNE stock not only gapped up above $5 but also continued trading higher during the market open. Will this confirm a rebound for the marijuana biotech stock? 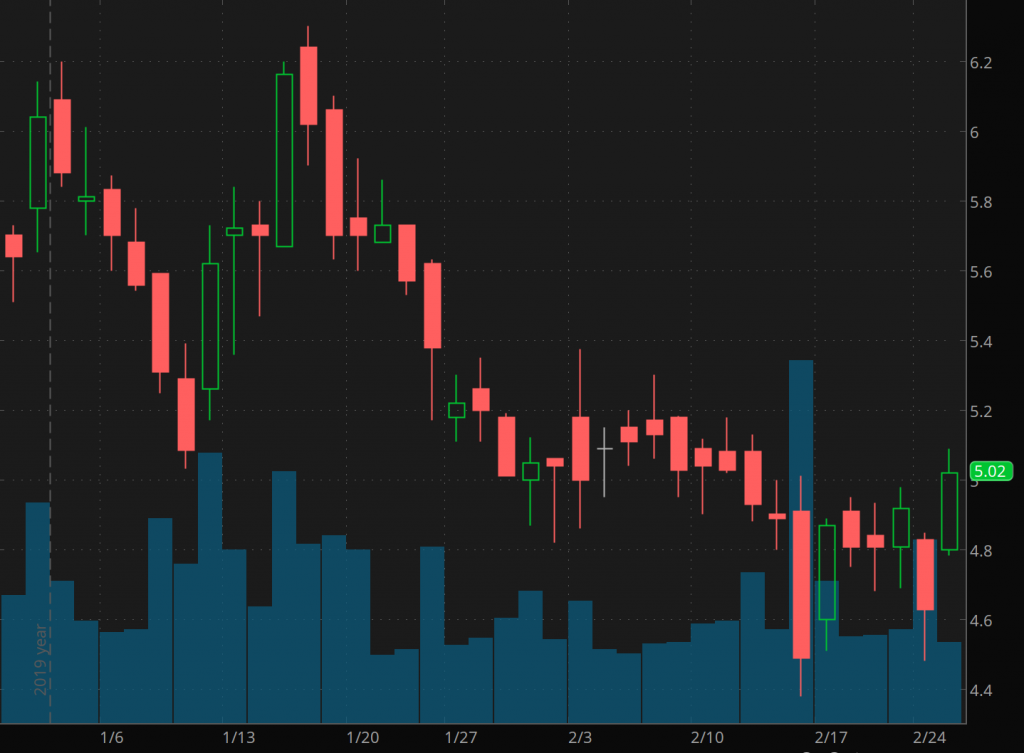