Stocks are capping off a wild week on Wall Street.

The S&P 500 was surging more than 1% on Friday, ending a week in which it swung from massive routs to major rallies. Three charts may hold the key to understanding this market.

This rebound might not be as triumphant as investors hope, according to Todd Sohn, director of technical strategy at Strategas Securities. He sees internal damage to the market that is keeping him cautious for now.

“The S&P is only about [5%] off the July highs, and still in an uptrend by our work -- yet only about 40% of [stocks] on the New York Stock Exchange can say the same,” Sohn said Thursday on CNBC’s “Trading Nation. ” “There’s been significant internal deterioration here that I think the S&P 500 has done a good job masking.” 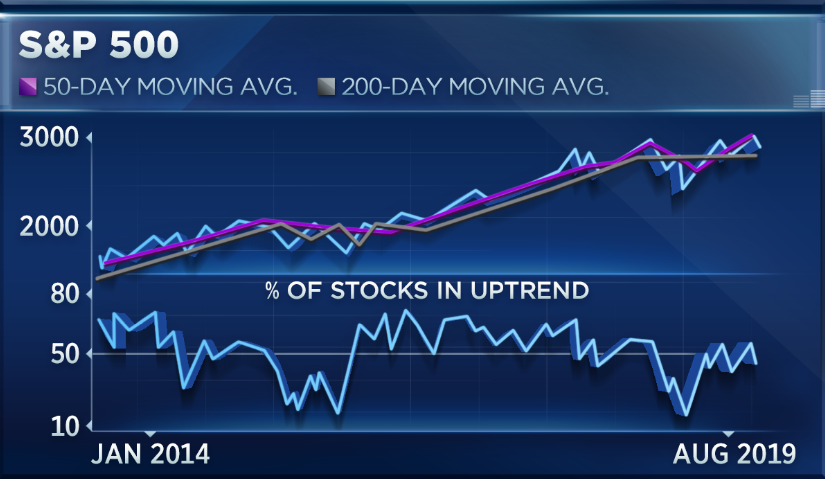 “The longer you’re sitting in this 40% area of stocks in an uptrend the more it’s going to weigh on these large-cap indices in the coming weeks,” Sohn said.

However, a red-hot bond market could begin to cool down, which would trigger a rotation back into riskier assets such as equities, he reasons. The underperformance of the S&P 500 relative to bonds has reached oversold levels -- its relative strength index, a measure of momentum, fell to the year’s lows earlier this month. 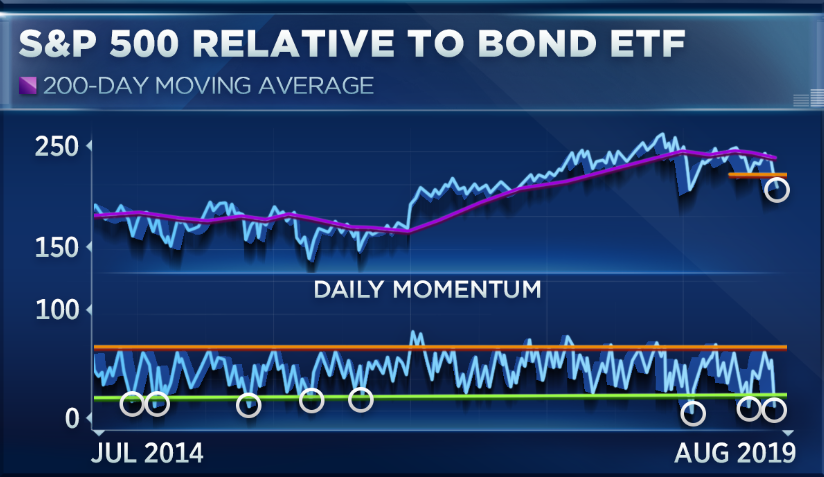 “Bonds are about 18% above their 200-day moving average. That is historically extreme. So we’re in the ballpark of some sort of mean reversion pullback occurring for the Treasury bond TLT ETF, ” said Sohn.

The TLT ETF, which tracks long-maturity bond prices, has rallied 10% this month, its best performance since 2015. It is also trading at its highest level ever. The S&P 500, meanwhile, has declined 3%. 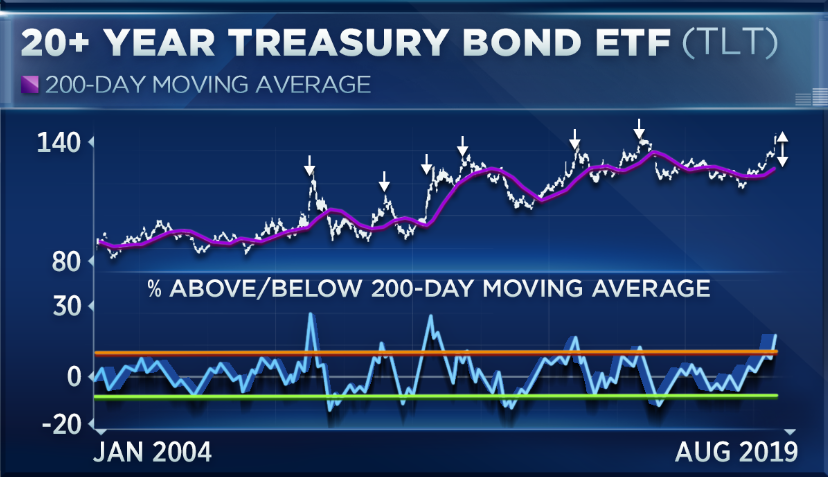 “Until that reversion play does occur, you stick with some of the more defensive areas – utilities, staples, REITs. I know they’re not the most fascinating plays right now but they are what’s been working as we go through all these geopolitical events,” said Sohn.

The utilities, staples and real estate sectors are positive for the week, while the S&P 500 is down 1%.