This Isn’t Your Father’s Utility Sector: 3 Stocks That Can Play Offense and Defense

A true two-way player — able to move the ball forward on offense, but provide solid protection on defense — is as rare in investing as it is in football.

Utilities stocks, however, have emerged as just this: a sector that has provided above-average earnings-per-share growth and returns while also acting as a classic defensive investment that has protected investors in times of heightened volatility.

“Utilities are a nice space to invest in because of the stability,” Ryan Kelley, portfolio manager at Hennessy Funds, who oversees the firm’s Gas Utility Fund, told MarketWatch. “But the earnings growth is what’s interesting right now. It’s not growth like a tech company, but utilities are providing predictable and steady earnings growth that over the past five years has been twice the long-term average.”

The appeal of utilities stocks were on display Tuesday, with the Dow Jones Utilities index on pace to close at a record high, while the Dow Jones Industrial Average and S&P 500 indexes ​were both under pressure.

Indeed, the S&P 500 index’s utilities sector has averaged 10.1% earnings-per-share growth during the past half decade, above that of the S&P 500 index ​and consumer staples, another classic defensive sector, according to FactSet. 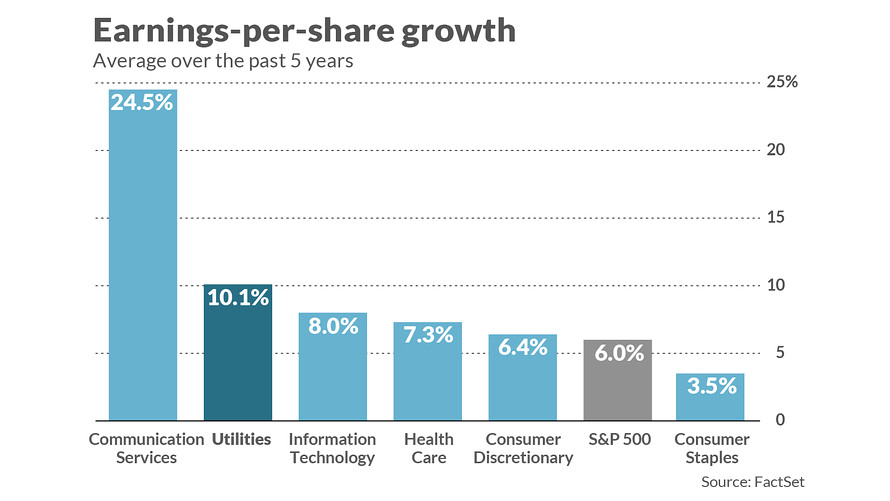 Kelley said that utilities have been able to grow earnings at such pace because of a wave of historic investment in infrastructure. A spate of natural gas and oil pipeline explosions over the past two decades prompted the Transportation Department to issue a call to action in 2011, requesting that states and localities invest in modernizing pipeline infrastructure.

“There’s been major shift since then with over 40 states and Washington, D.C., rewriting their regulations that utilities can build into their rates any pipeline replacement that gets done,” Kelley said. “The more utilities invest, the more they earn. It’s a pretty direct relationship.”

Kelley argued that this wave of investment is far from over.

More in the pipeline

According to the Pipeline and Hazardous Materials Safety Agency, the number of pipeline incidents in 2018 were the most since 2009. Meanwhile, states and local regulators are allowing utilities to invest in strategies to make their networks more resistant to extreme weather as a result of climate change, while there has also been a major push by utilities in recent years to invest in cybersecurity, given electrical grids are thought to be a tempting target for cyber attackers. 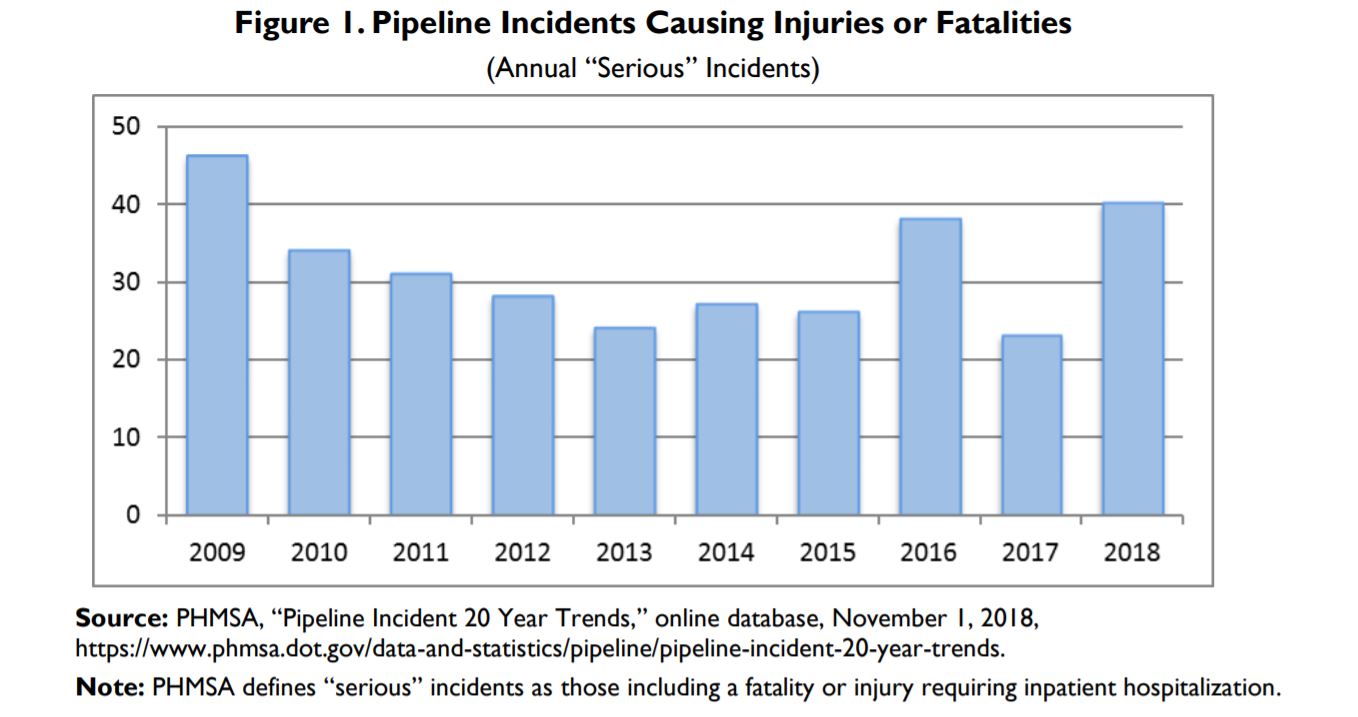 “Utilities companies are projecting between 6% and 8% in EPS growth going out five years,” Kelley said.

Even as utilities have provided above average earnings growth, they have also paid an average dividend of 3.1% during the past five years, versus the S&P 500’s 2%, according to FactSet. This has helped utilities stocks weather market volatility. During the recent market swoon, from Sept. 1 2018 through March of 2019, the S&P 500 index had a total return of -1.2%, while the utilities sector returned 8.7%.

These results haven't gone unnoticed. The utilities sector’s price-to-earnings ratio has risen from 17.1 in 2014 to 20 today. These prices have led other investors to balk at getting utilities right now.

“We don’t have an overweight on utilities,” Scott Ladner, chief investment officer at Horizon Investments said in an interview. “If you’re looking out a year or two, you may be OK, but we do think there’s a risk of a violent unwind, because the sector has gotten very crowded over the past one to three months.”

He suggests instead that it may be a good time to look to information technology stocks, which have underperformed the S&P 500 over the past month, as fears of a coming recession have risen.

“The tech firms in the U.S., their top line growth is unmatched. If you’re going into a growth starved world, that growth will become even more valued,” he said.

The price-to-earnings ratio of the information technology sector has fallen from 24.4 in 2018 to 21 today.

Randy Frederick, vice president of trading and derivatives at Charles Schwab, acknowledged that utilities are pricey by historical standards, but he argued that given the macroeconomic backdrop they are likely to go up from here. Given their relatively high dividend yield, utilities are particularly attractive when interest rates are low, because their dividend yield and earnings stability make them an alternative to bonds.

“There are those who would say they are overbought, because they have been doing well since 2018, but unless you have a reason to believe that interest rates are going to up, the demand for dividend-paying sectors isn’t going away,” he said.

In terms of individual utility stocks, Hennessey’s Kelley recommended ONE Gas, Inc., a natural gas services provider and Atmos Energy Corp., which has projected dividend growth of 8% over the next three years. He also suggested looking into the large cap Dominion Energy Inc., which he argued will benefit from projected growth in natural-gas exports in the coming years.