The Bull and Bear Cases for GE Stock 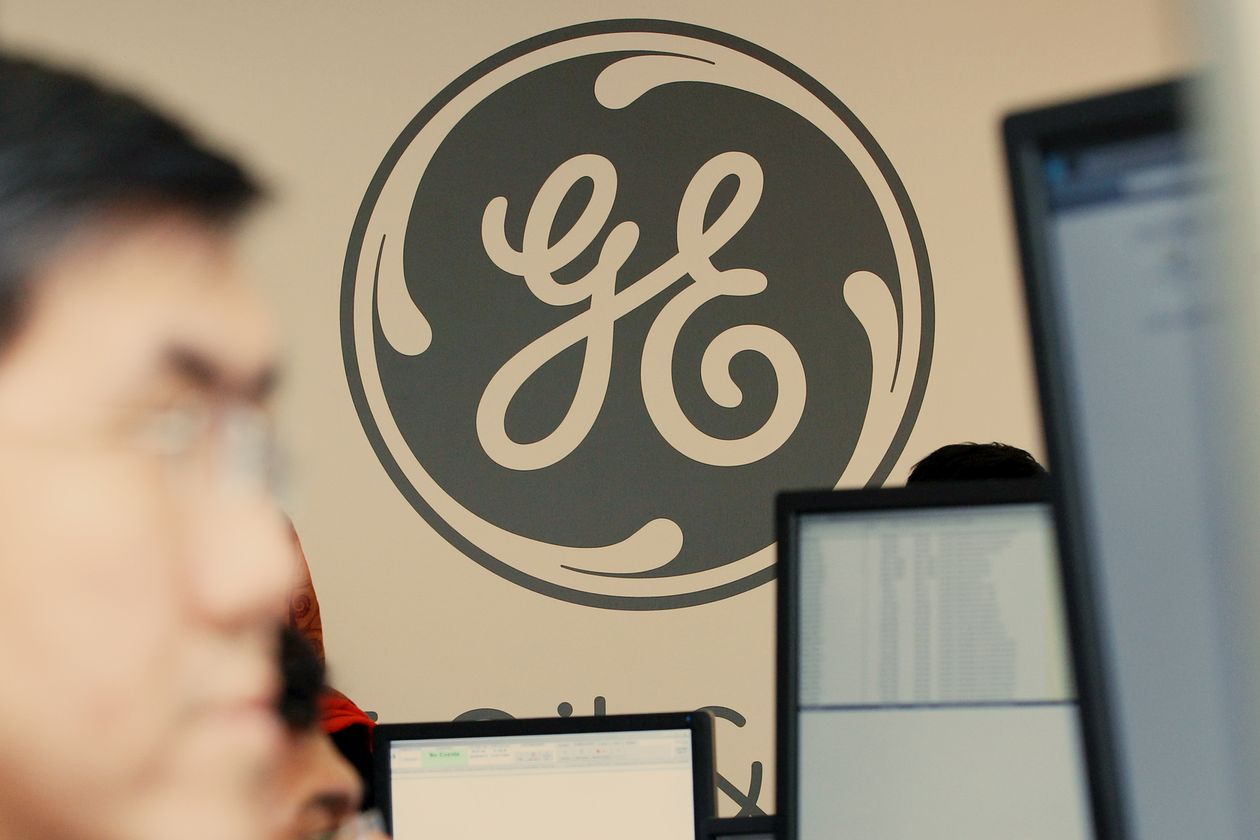 ﻿ ﻿ General Electric is an amazing story—it’s just not clear whether it has a happy ending.

Founded, in part, by the legendary inventor Thomas Edison in 1892, it grew to be one of the largest companies in the world, with a market capitalization of almost $600 billion in 2000. Under Jack Welch, who retired as CEO in 2000, General Electric stock (ticker: GE) generated returns of 25% a year annualized over his 19 year tenure, 8 percentage points better than the Dow Jones Industrial Average over the same span.

Welch delivered those returns by building GE Capital and doubling operating margins, and then handed the reins to Jeffrey Immelt in 2000. Then came the tech bubble and the financial crisis, which helped reveal big cracks in the GE business model, particularly at GE Capital. Meanwhile, the shift away from fossil fuels like coal and oil to generate electricity, which hammered GE’s power generation business, which made up almost 30% of GE sales in 2016. (GE Power accounted for about 22% of sales in 2018, sales have contracted 25% from the 2016 peak.)

By mid-2019, GE stock was down more than 80% from its all-time high, as revenue dropped from $180 billion to $122 billion after a combination of asset sales and business declines. Drops like that bring change, and now GE is being led by Larry Culp, its third CEO in the past 24 months. Immelt had been just the 10th CEO in GE’s first 125 years.

Still, there are signs that the changes are working. GE stock is up 42% year to date as of June 2019, and investors appear energized by Culp’s turn around plans. Wall Street, however, is polarized. Half of the analysts covering the company rate shares Buy with an average price target of more than $15 a share, according to FactSet. Analysts with a Sell rating have an average target price closer to $5 a share. The $10 bull-bear spread, about 100% of the current stock price, is unusual—the bull-bear spread for the average stock in the stocks in the Dow Jones Industrial Average is 40%—and demonstrates just how polarized opinion on GE is.

Here are the bull case and the bear case on GE stock.

The Bull Case for GE Stock

A bet on GE is a bet on CEO Larry Culp, and the industrial giant’s new management. Management, after all, is at least partly to blame for how GE got into its current fix. Market conditions in the struggling power business didn’t help, but Immelt was the leader responsible for purchasing the Alstom (ALO.France) power generation business in 2015 for $17 billion. GE took a $22 billion charge to write down the value of that asset in 2018. In hindsight, Alstom should have paid GE to take over its power business.

That’s where new leadership comes in. Culp is the former head of Danaher (DHR), the health care-industrial conglomerate. During Culp’s tenure, Danaher stock returned 13.5% a year annualized, better than the 5.2% return of the Dow over the same span. Danaher, like GE once, is famous among investors for its managers and for its “DBS,” short for Danaher Business System, which focuses on driving down costs and improving quality by applying lean manufacturing practices, which emphasize continuous quality improvement and low working capital. Lean manufacturing was pioneered by Toyota (TM) and the Japanese after World War II.

Culp is implementing some of those management practices at GE. He has also moved fast to sell assets and raise cash. Since taking over GE, Culp has done more than 10 deals, the largest being the $21 billion sale of GE’s biopharma business to...Danaher.

The bull case isn’t all about Culp though. GE still has some excellent businesses. GE Aviation produces engines that power commercial aircraft, business jets and military planes and helicopters. The unit generates more than $30 billion in sales and $6.5 billion in operating profit. At the Paris air show the company racked up $55 billion in new orders, up from $31 billion at the Paris air show in 2017.

Some bullish investors and analysts believe that GE Aviation is worth more than the market gives it credit for. Barclays analyst Julian Mitchell values it at up to $110 billion. GE’s market value, including debt, is about $150 billion. The strength of the aviation business gives bullish analysts confidence they are not overpaying for the GE stock. Mitchell rates GE share Buy with a $13 price target, about 30% higher from recent levels.

Of course, the rest of GE includes the troubled power and capital divisions. Culp has told shareholders his is focused on turning power around, which means laying off workers and bringing in new management. Within GE Capital, Culp is reducing the size of the balance sheet to help limit future risk. Assets at GE Capital peaked at nearly $640 billion in 2008, at the end of 2018 asset had fallen to $120 billion, down almost $40 billion from 2017.

Not bad for a company that many had left for dead.

The Bear Case for GE Stock

If only GE were a problem good management could solve.

While GE’s power business is something for the bulls to look past, it’s where the bear case starts. GE Power was once supposed to be a growth engine. “The investment will achieve a good return and increase the Company’s growth rate,” said then-CEO Immelt when the deal was proposed in 2014.

Instead, the size of the market for fossil fuel based power generation equipment is shrinking. When Jeff Immelt spoke in 2014, he said the combined businesses served a market of 63 new gigawatts each year. GE management now says the annual market for new power generation equipment is just 25 to 30 gigawatts for the foreseeable. (The shrinkage in the addressable market for power is something bullish and bearish analysts actually agree on.) And a focus on energy efficiency and renewable power generation could mean that GE Power just keeps shrinking. GE Power sales fell almost 22% in 2018, and the unit lost more than $800 million.

China is the one place where demand power-generation equipment is growing, which is good for GE as well as GE competitors such as Siemens (SIE.Germany). Some GE bears, however, worry that China will build its own power-turbine company, and shut Western firms out of the market. That’s what China did with the formation of Huawei Technologies in the telecommunication sector and CRRC (1766.Hong Kong), which has become the world’s largest manufacturer of passenger train cars.

GE’s pension is also a problem, the bears say. Its pension liability is large at $92 billion, more than the company’s $90 billion market capitalization. It’s also underfunded by $22 billion according to GAAP, or generally accepted accounting practices. Pension liabilities aren’t the same as debt—there is no fixed maturity, and calculating a pension liability includes myriad assumptions such as wage inflation, life expectancy and interest rates—and companies typically haven’t experienced large cash drains from current cash flow if a corporate pension is about 90% fully funded on a GAAP basis. GE’s pension is only about 76% funded.

(Bulls would note that tat GE added $6 billion to its plans in 2018, which was more than the government required under the Employee Retirement Income Security Act. “We currently expect this voluntary contribution will be sufficient to satisfy our minimum Erisa funding requirement for 2019 and 2020,” GE management said in its 2018 annual report.)

And even the good may not stay good for long. Everyone—even the bears—agrees that GE Aviation accounts for the majority of company value, and GE needs aviation cash flow to pay down debt and provide a cushion while management fixes the ailing power equipment division.

GE has a whopping $60 billion in net debt, about 5 times its estimated 2019 earnings before interest, tax, depreciation and amortization. Much of the debt is related to GE Capital, it’s finance arm, GE reports its industrial net debt is $17 billion.

The aviation business, however, is in the 10th year of a strong business cycle. If this were baseball, the aerospace cycle would be in extra innings. The same holds true for the U.S. economic expansion, which is also getting long in the tooth.

And that could be bad news for GE

It’s unclear how the story will end, and another part of the saga was the loss of GE’s position in the Dow Jones Industrial Average. It was removed from the 30 stock Dow Jones Industrial Average in June 2018. Its removal isn’t only symbolic, it has practical implications for investors. Once out of a large index, many fund managers don’t feel the pressing need to own shares. Consider, GE stock lost more than 40% of its from June to the end of 2018, far worse than the 4% drop in the Dow over the same span.

﻿ ﻿ Now GE stock is in the hands of new, deep value investors. Finding a deep value situation often means buying a point of maximum fear and, in the case of GE, there is still a lot of fear in the marketplace.