Let’s start with a quick quiz. What do toilet paper and marijuana have in common?

It turns out, in a crisis, people want to hoard both.

Yes, as the economy crashes, pot stocks — at least a few of them — are showing signs of a little upswing as individuals who are ordered to stay home or opt to self-isolate feel the need to stock up. The result is marijuana sales have ratcheted up in the last week.

In addition, provincial governments in Canada and state officials in the U.S. where the weed is legal have deemed the substance an essential, which means that even in jurisdictions with the tightest lockdown protocols, cannabis stores can stay open.

Late last week, as the threat of COVID-19 intensified across North America and the sale of marijuana was spiking, Bank of America analyst Chris Carey commented that the cannabis sector could provide investors with a defensive move in a market downturn.

Carey pointed more specifically to Aphria (NYSE:APHA), (TSX:APHA), boosting its rating to a ‘buy,’ and reportedly explaining, according to BNN Bloomberg, that the Ontario-based grower could see its market share in Canada increase.

“Our checks across North America were consistent. Regardless of region, cannabis purchases have accelerated," Carey said in a note to investors. 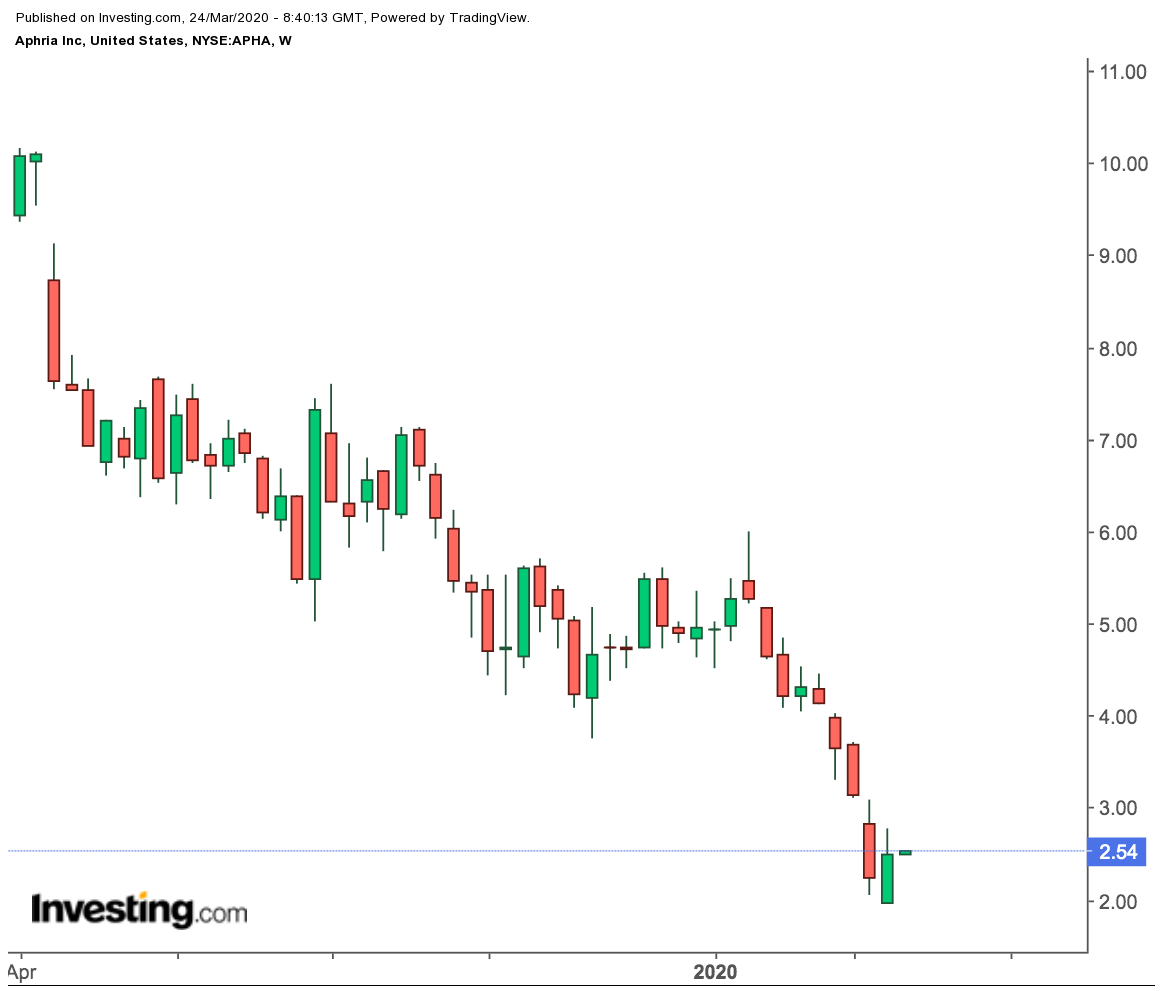 Aphria was not the only pot stock to gain ground last week. Tilray (NASDAQ:TLRY) shares also rose. They more than doubled from March 19 to March 20, going from a low of US$2.56 at the open last Thursday to hit a high for the week at US$5.03. The stock closed yesterday at US$3.85. 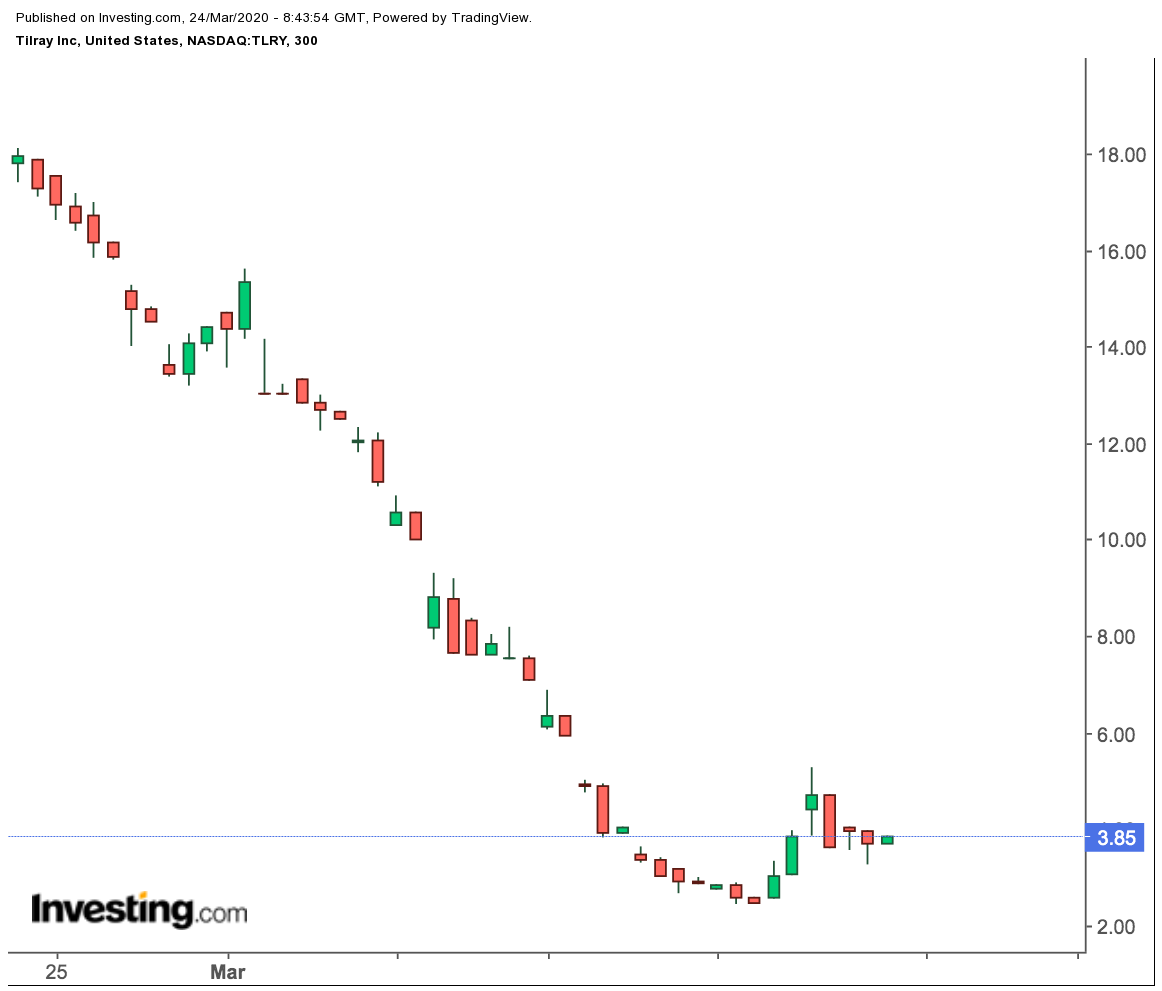 Shares of Charlotte's Web (OTC:CWBHF), (TSX:CWEB), one of the world’s largest CBD oil extractors, gained more than 5% on Monday after announcing it would merge with Abacus Health Products (OTC:ABAHF), (CSE:ABCS), a Toronto-based firm specializing in over-the-counter pain and therapeutic skincare products made with CBD cannabinoid extracts. The shares closed at US$3.52 on the U.S. market, and C$5.10 in Toronto. 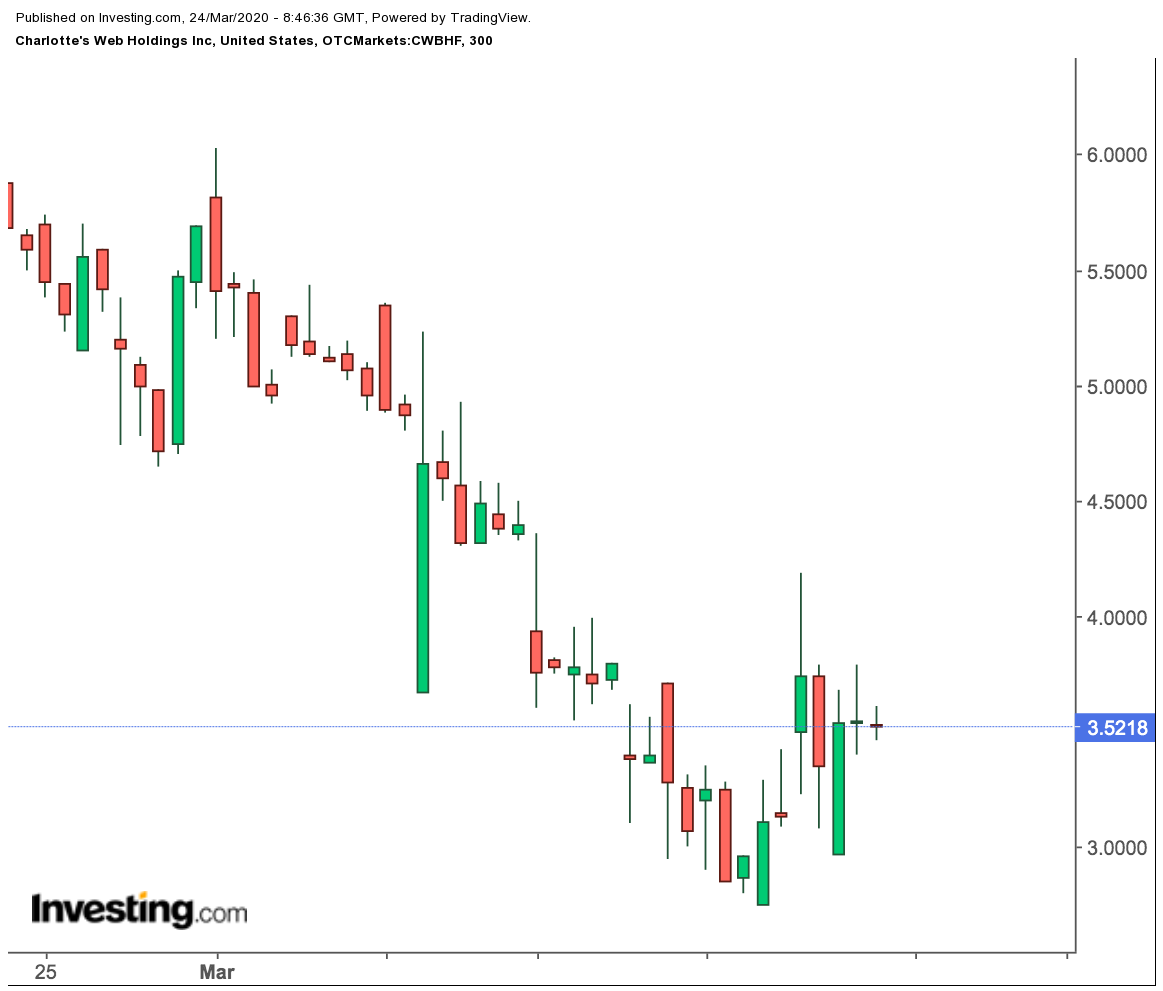 Under the terms of the deal, Abacus shareholders will receive 0.85 of a common share of Charlotte’s Web for each Abacus share they hold. The new venture will have a 35% share of the U.S. CBD market, the companies claim, according to a joint statement issued Monday.