Should You Buy Chevron Stock? Only If You Wait for This …

Shares of Chevron (NYSE:CVX) have been under some selling pressure recently due to dropping oil prices and the tariff talk. After reaching a high of $127.34 in early April, Chevron stock dropped nearly 8% before finding some footing. Now that oil prices seem to be firming and tariff tensions easing, I look for CVX stock to erupt over the coming weeks. Here’s why:

InvestorPlace contributor Luke Lango took a deep look inside Chevron, noting in particular that CVX is the third-largest importer of Mexican oil at nearly 110,000 barrels a day. The possibility for a 5% tariff on Mexican oil would be a negative, for sure. Considering that the company produces up to 932,000 barrels per day, however, its exposure is minimal. Plus, the tariffs are likely to never be enacted as bluster is rarely as bad as the bite.

Chevron stock certainly is not expensive, trading at just a 15 price-earnings ratio and only 13x on a forward basis. The dividend yield now stands above 4%, nearly double that of the U.S 10-year treasury yield of just 2.1%. CVX stock has rallied the last three times that the yield reached 4%, as income investors likely swooped in. 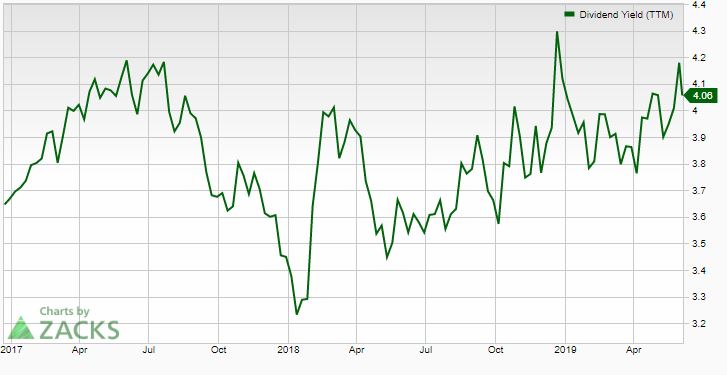 The payout ratio for Chevron stands at just 56.83%, which makes the dividend very safe. It has been near 60% over the past year, another solid sign that the company takes a prudent dividend approach.

Chevron stock is looking decidedly attractive from a technical perspective.

The stock once again reached oversold readings on a nine-day RSI basis before improving. Previous instances when this occurred marked significant short-term lows in the stock. The moving average convergence divergence (MACD) similarly was at an extreme before heading higher. Bollinger Band Percent B also was in negative territory before strengthening.

Where to Buy CVX Stock 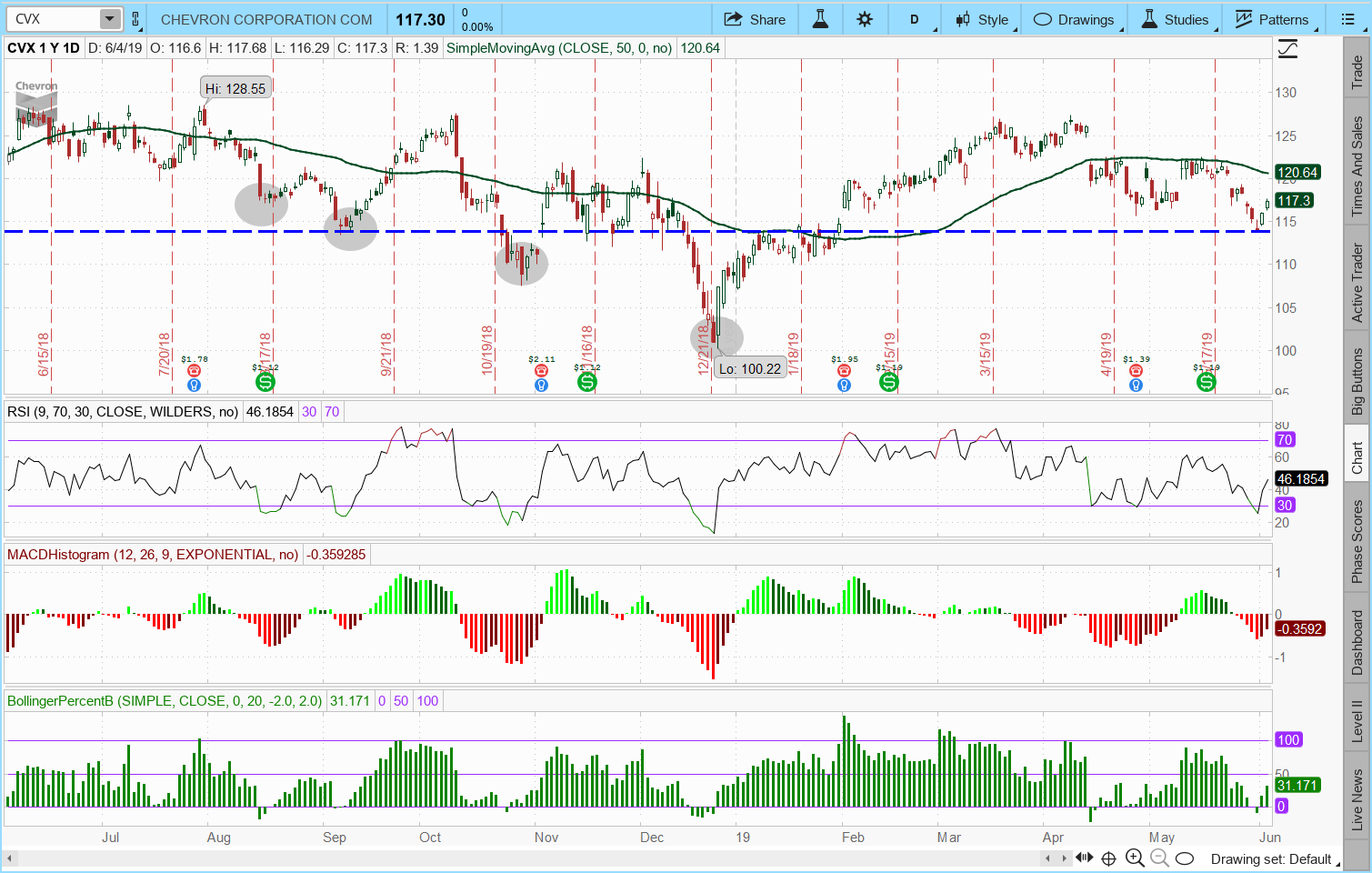 There is major support at the $114 area, which has held several times in the past. CVX stock is also trading at a big discount to the 50-day moving average. Prior instances when Chevron was this oversold almost invarably led to a rally back toward the 50-day MA.

In my previous article on CVX from March 22, I had a more bearish outlook for Chevron stock with shares trading near $126. Now that CVX stock has dropped, however, my opinion has changed, because price does matter.

Option traders who want to take advantage of comparatively cheap opions (only trading at the 21st percentile) may want to play for a pop and buy the June $117 calls for $2.00. A move back toward the 50-day moving avearge at $120 would put these in a positively profitable position.