Market volatility is up in recent sessions, and END_OF_DOCUMENT_TOKEN_TO_BE_REPLACED

As tech takes a tumble this week, there END_OF_DOCUMENT_TOKEN_TO_BE_REPLACED

Stocks hit even more record highs during the post-Christmas session. The Nasdaq, in particular, surged above the 9,000 level for the first time ever, and clocked its 11th consecutive win. This marked its longest daily winning streak since 2009, with the tech-heavy index strengthened by a huge surge in Amazon (AMZN) shares, which rallied amid record-breaking holiday sales. Meanwhile, the S&P and Dow managed to notch fresh highs, too. 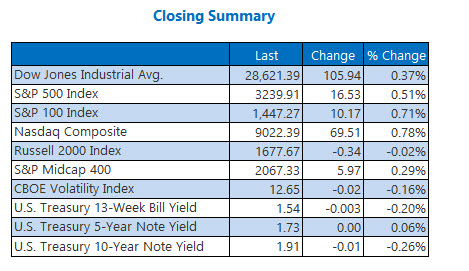 5 ITEMS ON OUR RADAR TODAY 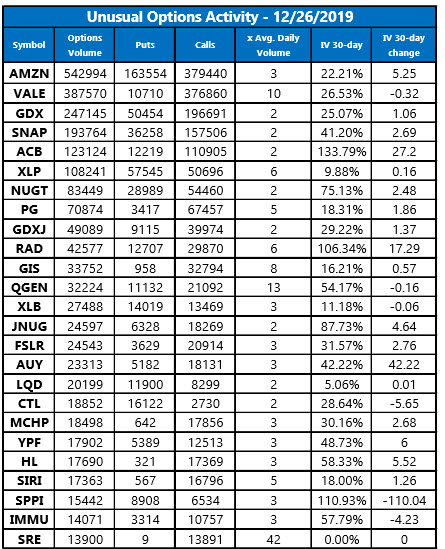 Oil surged today, clocking its third consecutive win and highest level since September, following a bigger-than-expected weekly drop in crude stockpiles in the U.S. February-dated crude futures added 57 cents, or 0.9%, to end at $61.68 per barrel.