Shares of Aurora Cannabis fell on Tuesday after END_OF_DOCUMENT_TOKEN_TO_BE_REPLACED

In a report released today, Oren Livnat from END_OF_DOCUMENT_TOKEN_TO_BE_REPLACED

Reduce Apple Holdings as the Stock Is No Longer Cheap

Shares of Apple have a history of declining significantly when its P/E ratio rises above 18.00. On Friday, Oct. 11, Apple's P/E ratio was 20.14, according to Macrotrends. Technically, the stock has outrun its quarterly and monthly pivots at $232.86 and $235,00, respectively, and with the stock overbought on its weekly chart, it's time to reduce core holdings.

Let me make my call crystal clear! This is not a call to sell Apple short; it's a call to reduce holdings by 25% to 50% because of its P/E ratio above 20.00 and with the stock above my price targets for the fourth quarter and the month of October. Investors should continue to own a core long position.

The P/E ratio for Apple has been a good barometer to judge how to adjust the size of your forever core holding of the stock.

The Daily Chart for Apple 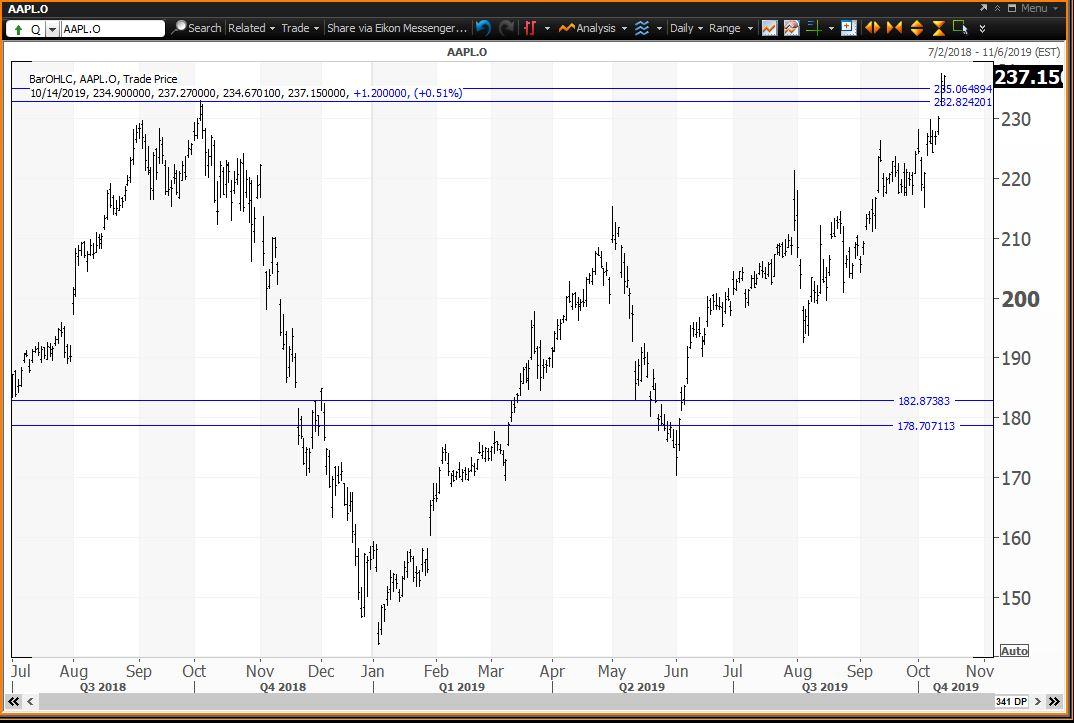 The Weekly Chart for Apple 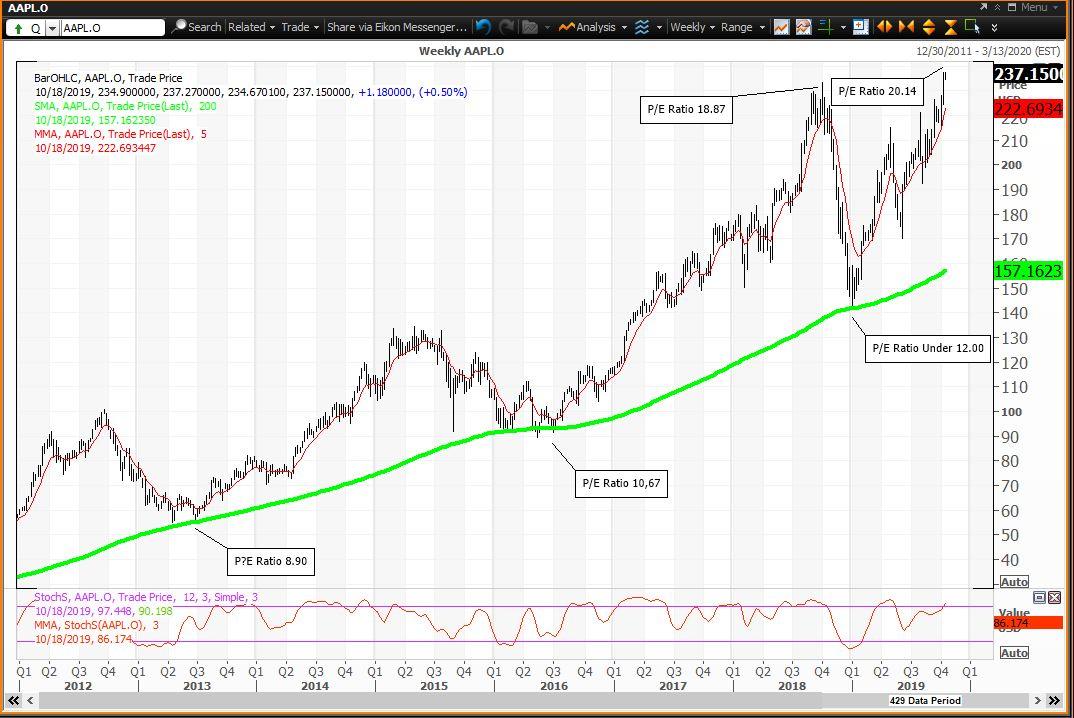 The weekly chart for Apple is positive but overbought with the stock above its five-week modified moving average of $222.69. The stock is well above its 200-week simple moving average or "reversion to the mean" at $157.16.

Note that when the P/E ratios were setting lows, shares of Apple were testing its technical "reversion to the mean" or 200-day simple moving average as buying opportunities. At the fourth-quarter 2018 high, the weekly slow stochastic reading was above 90.00 so Apple was in an "inflating parabolic bubble" and indeed the bubble popped with a bear market decline to the Jan. 3, 2019 low. At this low, the weekly slow stochastic reading fell below 10.00 making the stock technically "too cheap to ignore," so the fundamentals and technicals lined up perfectly for a buy signal.

Today, the weekly slow stochastic reading is projected to rise to 86.17 this week, up from 80.54 on Oct. 11. This reading is thus a week or two away from rising above the 90.00 threshold once again.

Trading Strategy: Reduce holdings with the stock above its quarterly and monthly risky levels at $232.86 and $235.00, respectively.