Market Experts Made Big Predictions For 2019 — But Did They Get Them Right?

It’s that time of year when banks, brokers and analysts issue predictions for what the following 12 months will bring for financial markets.

The experts gain bragging rights if their forecasts play out perfectly, but predictions can also go spectacularly wrong in the world of finance.

CNBC looks back at what some analysts said in late 2018 to see what was forecast for 2019 and whether, so far, they have been right.

Since January 1, 2019, Brent crude has risen and fallen to end up around 18% higher at just under $64 per barrel by early November.

J.P. Morgan said there would be a moderate recovery in prices during the first half of 2019, thanks to OPEC and non-OPEC supply restrictions. In an accurate summary of oil’s 2019 performance so far, the bank said prices were then “expected to trend lower as global growth cools.” 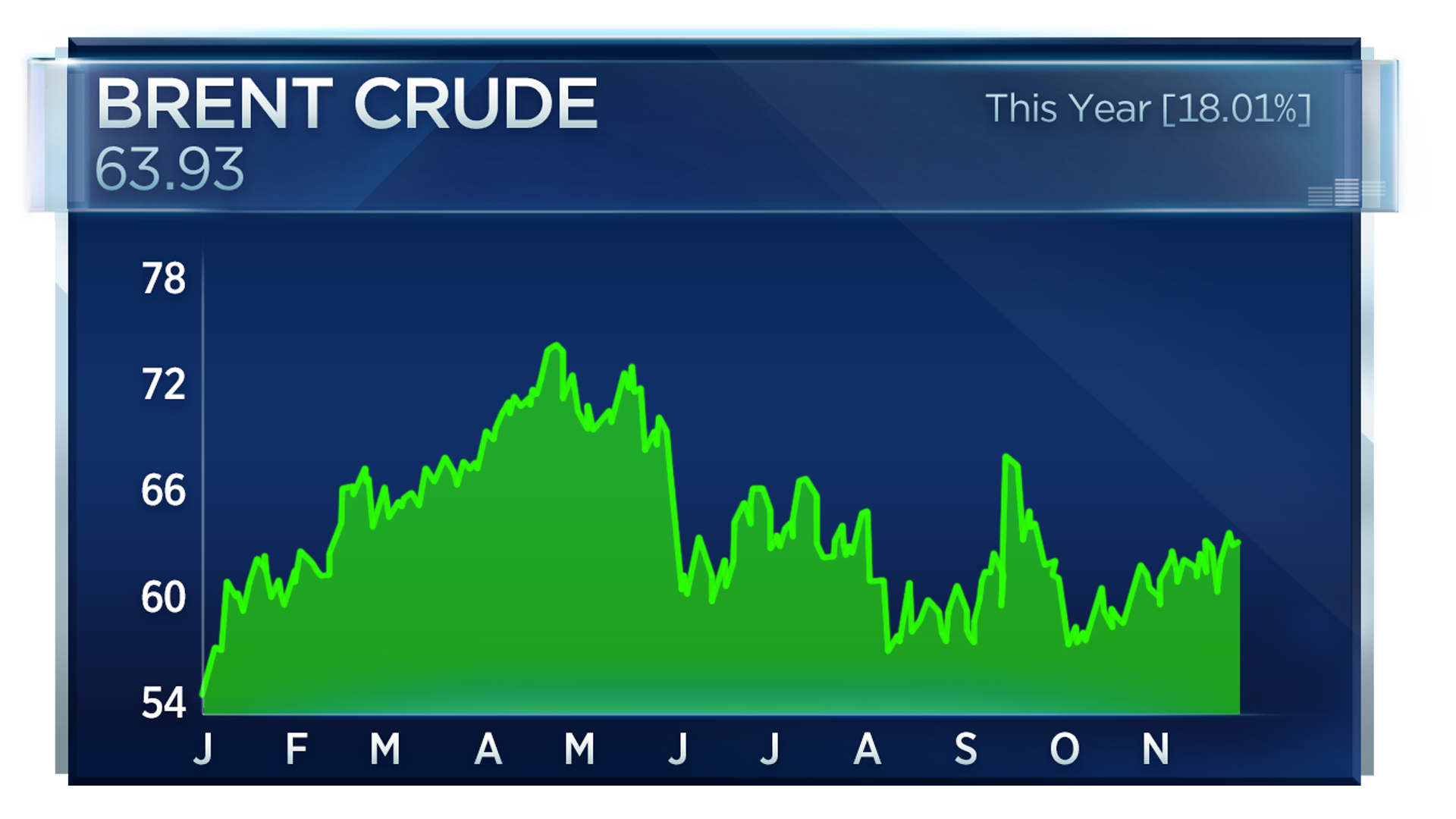 Predictions for the average 2019 oil price for Brent included $70 per barrel from Goldman Sachs and BofA Merrill Lynch, $60 from Citi and $61 from the U.S. Energy Information Administration (EIA).

As at November 22, 2019′s Brent crude average price stood at $63.59, sitting roughly around the middle of most predictions and a touch lower than the latest call from the EIA.

At the end of 2018, Goldman Sachs was still holding on to a prediction that the Federal Reserve was set to raise rates four times across the year. Pimco, the world’s biggest trader of bonds, predicted three additional policy rate hikes from the Fed by the end of 2019.

In a November 2018 blog, Pimco claimed that rising interest rates were a “fixture of late-cycle market,” and were set to grind higher in 2019, “particularly in the U.S.”

In the end, the Fed actually lowered rates three times and the yield on the 10-year Treasury note has fallen steadily over 2019, dipping to about 1.45% in early September as fears peaked that the world economy was headed into recession territory. 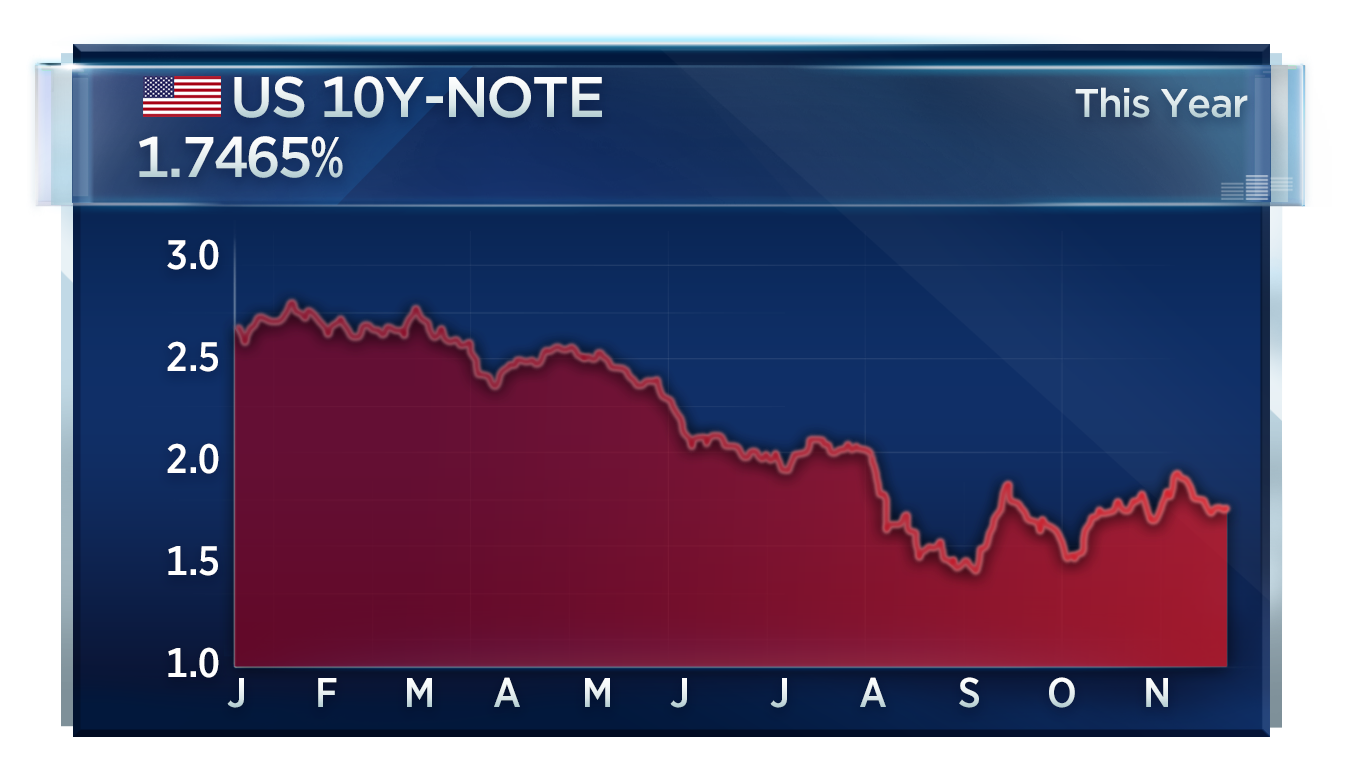 The price of Treasurys, which moves inversely to yields, rose as investors hunted for a safe place to park cash. In late August, the yield on a 10-year Treasury was lower than the two-year — a phenomenon known as yield curve inversion which many economists treat as a sign of impending recession.

In November 2018, the Charles Schwab brokerage accurately predicted that 2019 was likely to mark a peak in U.S. Treasury yields in the current cycle.

At the time the brokerage said: “In our view, U.S. bond yields already appear high relative to current global economic conditions.” It added that improved employment data in the U.S. wasn’t likely to translate to higher inflation — again a correct call.

Gold prices rolled along for the first half of the year offering little evidence of what was coming. Then at the beginning of July, the drums of the trade war got louder while global economic data soured.

So far this year the precious metal has enjoyed a 14% rise and as of November 26, the spot gold price sits at $1,455 per troy ounce. Gold is traditionally seen as a safe place to invest during periods of uncertainty.

Citi analysts apparently underestimated gold’s reputation as a haven against volatility, predicting gold to average $1,270 per ounce in 2019. 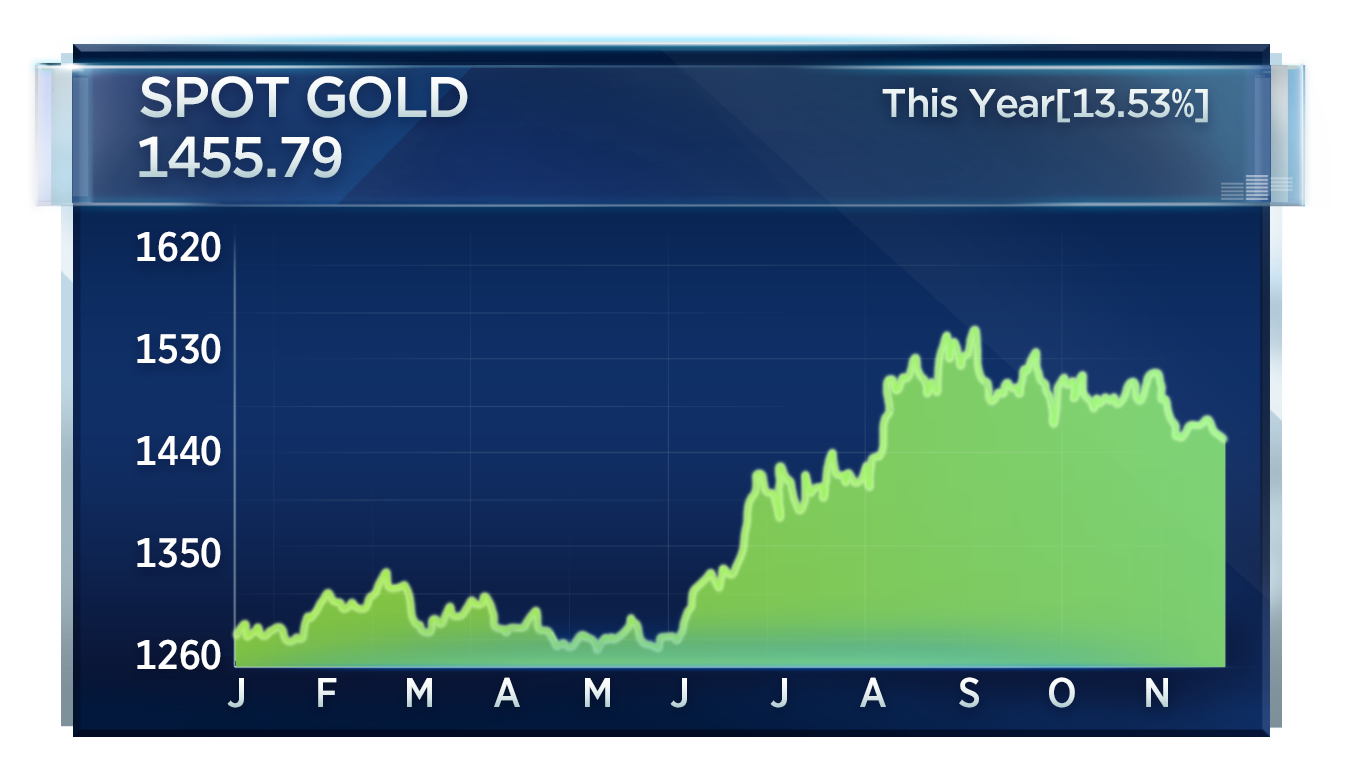 J.P. Morgan said it expected gold to average $1,325 per troy ounce this year while Bank of America predicted a rise to an average of $1,296 per ounce, but noted a rally could see the price go as high as $1,400.

Predictions by many were based on one assumption that interest rates might push higher across 2019, or at least remain at the same level. Instead, the Fed has been forced to cut rates three times.

Gold pays out no yield, making it less attractive when interest rates are higher.

The end of 2018 was a gloomy time for European stocks, with the year being chalked down as the worst in a decade.

As analysts looked to 2019, there was little optimism that Europe’s political crises would offer any respite. J.P. Morgan noted that “political tail risks remain a headwind for European stocks,” highlighting uncertainty over Brexit and Italian debt. 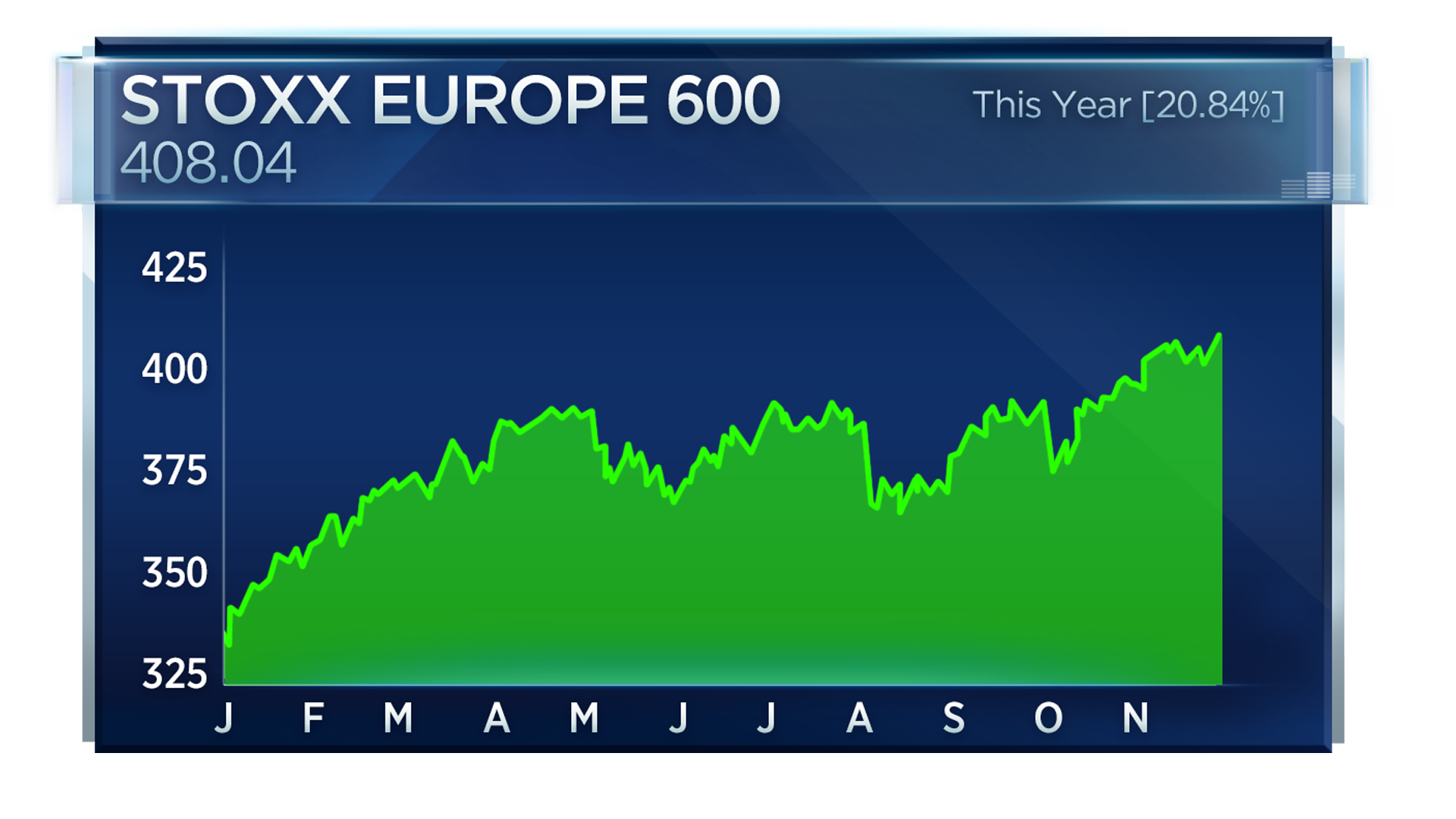 The ECB has started acquiring €20bn of bonds a month from November in a bid to stimulate economic activity.

French bank Societe Generale predicted the top 50 stocks of Europe — listed in the Euro Stoxx 50 — would tumble another 8% and the FTSE would lose as much as 14% in value.

Schroders was less gloomy on Europe, arguing that during 2018 the “equity market has already factored in the slowdown,” and noting that at the beginning of 2019 investors had an opportunity to get in at a five-year low, based on in-house calculations.

With around five weeks of trade to go, the index is at 404 points, a year-to-date rise of around 20%.