While ruby red South Dakota may not be a swing state in the presidential election -- it may be at the forefront of the green revolution as one of five states where recreational and medical marijuana legalization are up for a vote this election year.

And it is the only state where both forms of legalization will be on the ballot.

Matthew Schweich, the deputy director of the nonprofit group the Marijuana Policy Project, which has been running campaigns across the country to legalize, told ABC News this is the first time in U.S. history that a state has had two ballot measures to ask voters for approval for recreational and medical marijuana during an election year.

While there is some opposition from Republican Gov. Kristi Noem and South Dakota business owners over the recreational ballot, Schweich noted that more than 50,000 residents signed on to that initiative and more than 30,000 signatures for the medical provision. 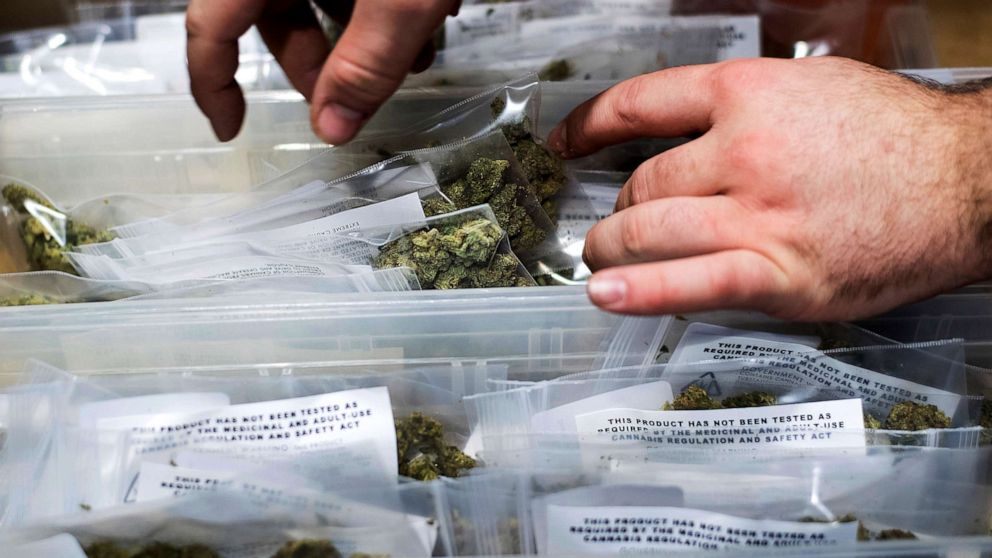 "I think that COVID has absorbed a great deal of the public's attention from marijuana reform, but there is still interest in the issue," he told ABC News. "It's remarkable since South Dakota has always been seen as this strong conservative state."

Schweich and other experts say that the ballot initiatives in South Dakota as well as Montana, Arizona, New Jersey and Mississippi, could have major outcomes for the rest of the country since it would put pressure on state and national leaders to address their antiquated drug laws.

"If we're successful it will send a message to Congress that they need to address the discrepancy between the state and federal laws on marijuana," Schweich said.

The State Of Legal Marijuana In The U.S.

As of 2020, 11 states and the District of Columbia have legalized marijuana for recreational and medicinal use. In those states, the sale is regulated and only allowed for adults. Twenty-two states allow for medical marijuana use. 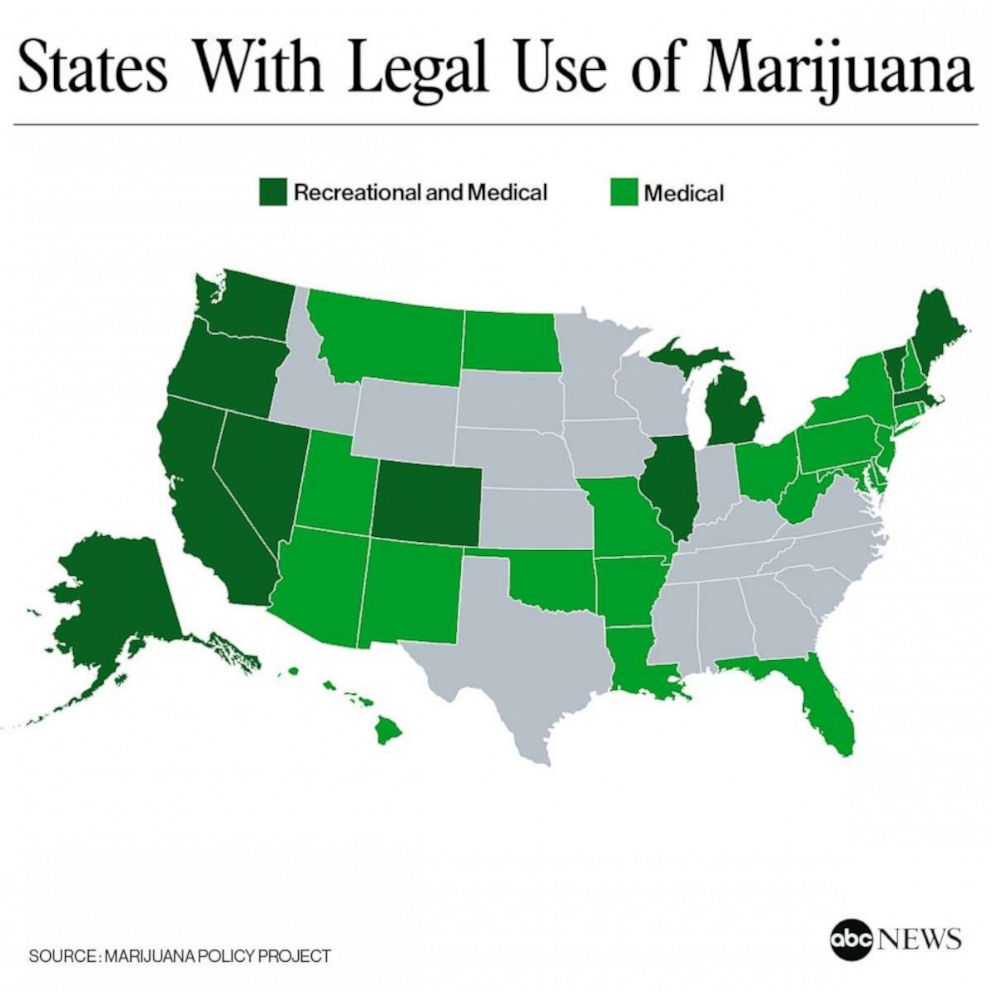 Mason Marks, a law professor at Gonzaga University and a fellow in residence at Harvard Law School's Petrie-Flom Center for Health Law Policy, has been studying marijuana legalization across the country.

He told ABC News that Americans are seeing the benefits of marijuana legalization firsthand, whether it is the increased revenue from taxes or medical benefits for patients dealing with chronic pain

At the same time, Marks noted that preliminary research has shown that changing the marijuana laws didn't significantly affect crime rates for the worse, as some legalization opponents feared.

"I think that there is a lot of misinformation out there of cannabis and other controlled substances," Marks told ABC News. "If those states were to pass those measures, it would start to correct that misinformation."

The two ballot measures in South Dakota legalize marijuana in the state in different ways.

Constitutional amendment A would change the state's constitution to legalize the recreational use of marijuana and require the South Dakota legislature to pass laws providing for the use of medical marijuana and the sale of hemp by April 1, 2022. Marijuana would be prohibited for anyone under 21.

Initiated Measure 26 would establish a medical marijuana program in South Dakota for individuals with a debilitating medical condition.

Melissa Mentele, the executive director for the marijuana advocacy group New Approach South Dakota and campaign manager for Yes on 26, a grassroots group that is pushing for legalization, told ABC News that South Dakotans have been calling for these changes for a long time and it's increased during the pandemic.

Some of the supporters say that legal marijuana would create new businesses and generate new revenue and economic growth for the state, according to Mentele. Medicinal cannabis use is also appealing for the state's population that needs care for chronic physical and mental ailments.

"There's been a lot of education," Mentele said.

There is strong opposition from some in South Dakota's business community. The South Dakota Chamber of Commerce and Industry has launched a campaign "No on Amendment A," urging voters not to vote on the recreational marijuana ballot. The chamber, which did not return messages to ABC to comment on the story, is neutral on the state's medical marijuana initiative.

In a white paper published by the chamber, the group listed several reasons for their opposition to Amendment A, contending it would make it harder for employers to find workers who can pass drug tests.

"While Amendment A says businesses can refuse to hire people that fail a drug test now, the States of New York and Nevada have recently passed laws that prohibit that very activity; meaning businesses can no longer use a failed drug test as a reason to not hire an applicant," the chamber wrote in the white paper. "How is the public going to react when they learn something like ‘If you're mad about waiting two days for a plumber, legalize pot and you'll wait two weeks?'"

Mentele said during that period, experts who have studied recreational marijuana, business leaders, medical professionals and the public will have a chance to talk about the rules and come to an agreement.

"We did not bring something that was set in stone, we brought a framework for the state to follow," she said.

Political and policy experts say the debate over legalizing marijuana in South Dakota is playing out the same in the four other states with similar ballot initiatives.

Schweich said a change in the marijuana laws in either of these states would increase the likelihood that other states would consider legalizing cannabis in their state. A change in New Jersey, in particular, he noted could be the incentive for other East Coast states like New York to legalize the substance.

"New York and Connecticut have been discussing legalizing for the last few years, but nothing has come out of their legislatures," Schweich said. "New Jersey passing the ballot would certainly put pressure."

Marks said increased legalization among states would also be pressure on the federal level to address national cannabis laws. He noted that Congress has stalled on substantive hearings and research into the nation's drug laws, but they will need to rectify the issue soon.

"I'm not convinced Congress is serious about this. These state measures can help push Congress along," he said.