World leaders are not the only people in Davos, Switzerland, for the World Economic Forum this week. Movers and shakers within the cannabis sector from a cross-section of nations are there to rub shoulders with the political and economic heavyweights from around the globe to further the push of the cannabis industry.

CannTech Davos 2020 is hosting a two-day conference at Cannabis House, located in the heart of the Economic Forum, to focus attention on the economic role of cannabis and the growing industry around it and how they will play in the future of health care, international trade, investment and environmental and resource security and climate change.

Speakers from a variety of countries will present at the marijuana conference – from Israel, Switzerland and across Asia. The aim is to induce delegates to the World Economic Forum to visit and learn about the industry. Among the sponsors of the conference is the Canadian Securities Exchange, one of the country’s stock exchanges.

Dubbed a “premier cannabis event” for the industry, the conference “will showcase leading thinkers and influencers from across the globe and present the most relevant conversations industry wide,” the organizers stated.

Pot Stocks Showing Uptick, But Not All

Flaunting the future of cannabis in Switzerland will be a little bit easier this week after marijuana stocks saw significant gains last week.

The North American Marijuana Index was up 11.2% last week, while the Horizons Marijuana Life Sciences Index (TSX:HMMJu) increased by about 19%, the biggest one-week increase since the latter half of 2018.

The gains were produced despite some notable individual stock drops.

Among the biggest losers was Hexo (NYSE:HEXO), (TSX:HEXO), which saw its stock seesaw throughout the last week, hitting a high of C$2.51 (US$1.93) last Wednesday only to close in Toronto yesterday at C$2.05 — an 18% drop. On the New York Stock Exchange, which was closed on Monday for Martin Luther King Day, the shares ended the Jan. 17 session at US$1.62 — a 16% decline. 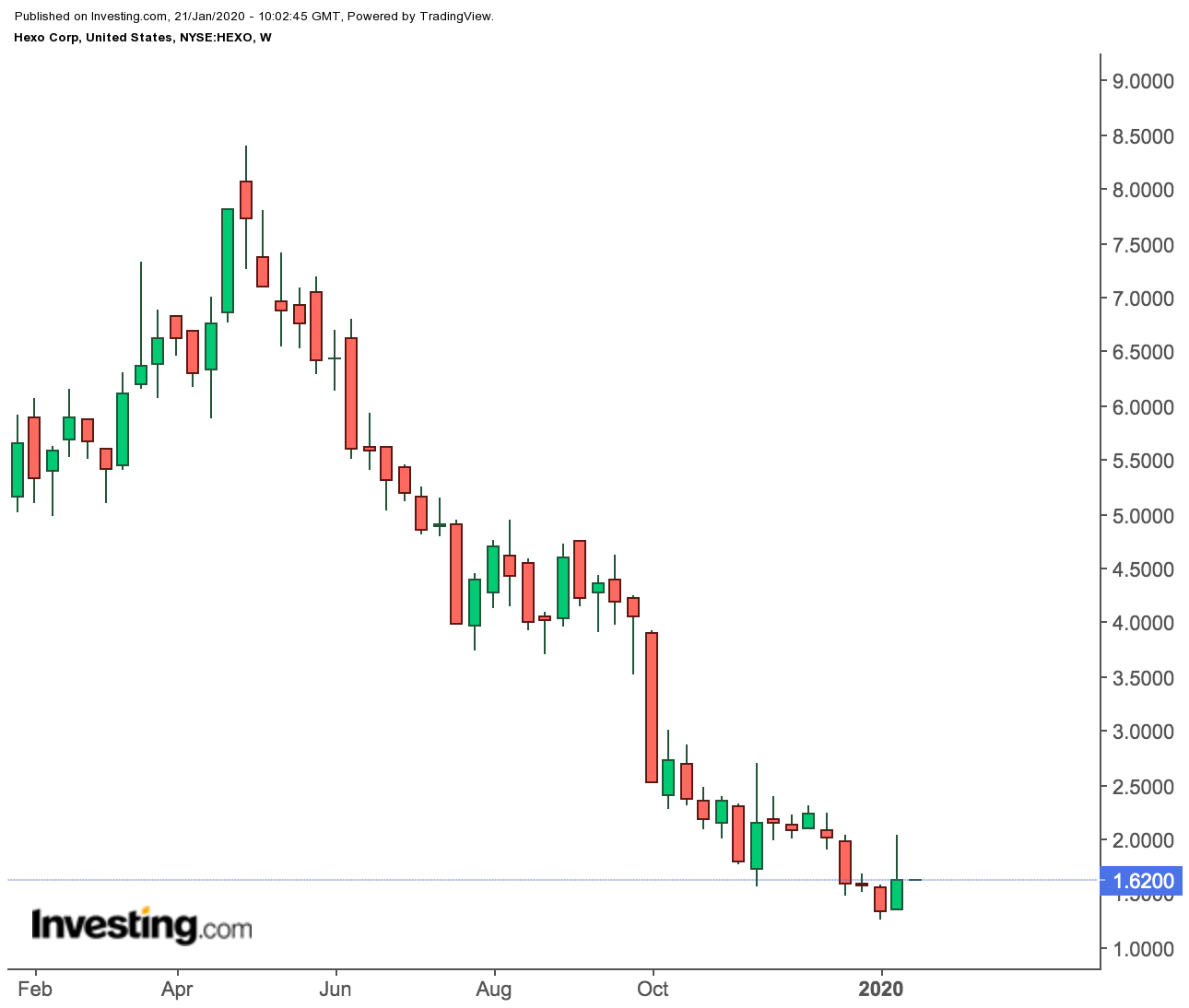 Aphria (NYSE:APHA), (TSX:APHA) was another stock that took it in the teeth last week.

Aphria reported its latest earnings last Tuesday, failing to meet analysts’ expectations. The Ontario-based grower also cut its guidance for the year. The information issued last Tuesday put downward pressure on its stock, which dropped about 8.5% in Toronto, and slightly more in the New York Stock Exchange.

Its U.S-traded shares soared slightly over 46% last Wednesday. On the Toronto Stock Exchange, it shares jumped 40.5% after the New Brunswick-based producer reported first quarter earnings on Jan. 14. The company said revenues jumped more than 102% to C$25.15 million (US$19.24 million) in the period. 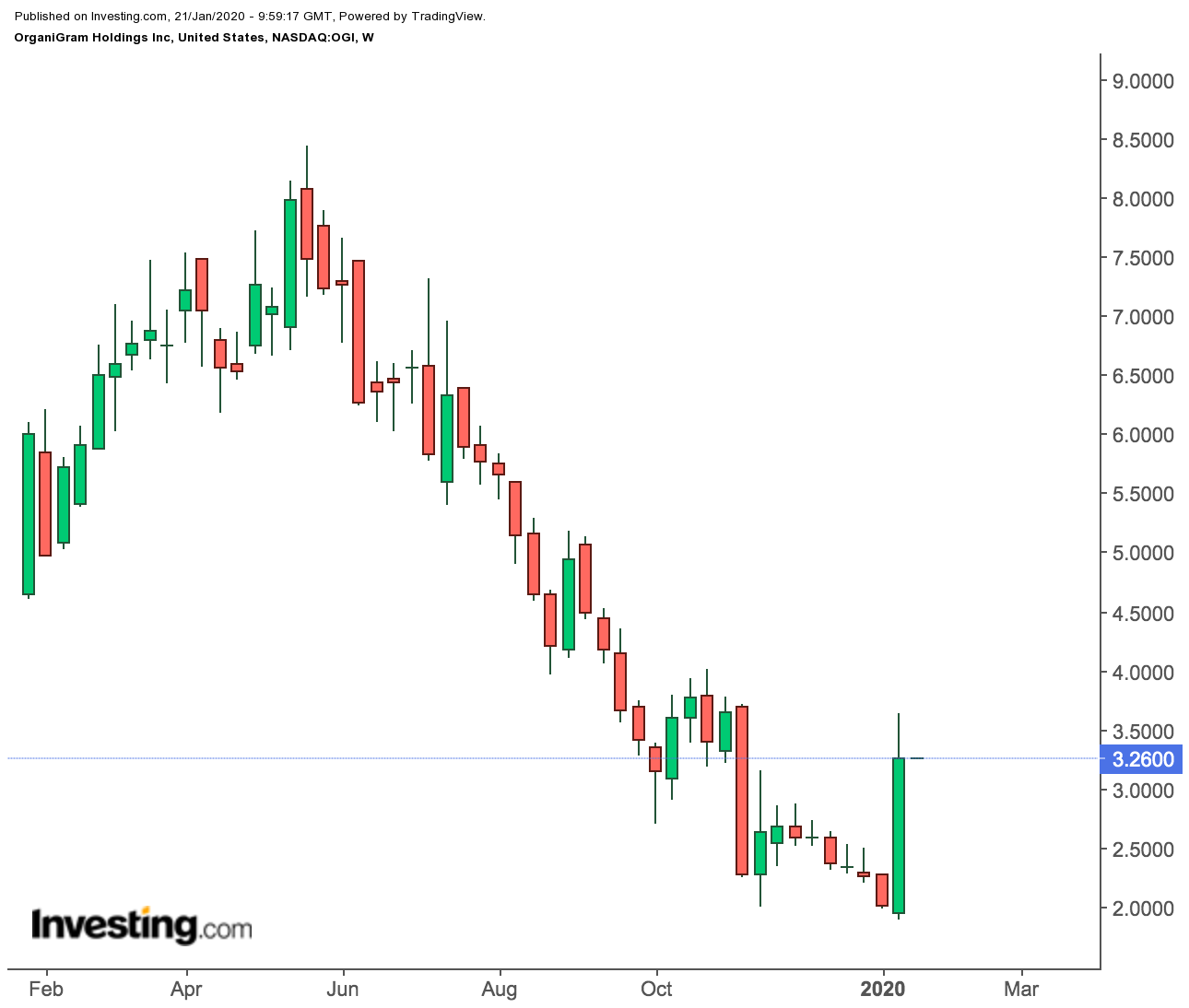 The latest study by New Frontier Data found that among 84% of Europeans surveyed who reported to have never used CBD, a non-psychoactive cannabinoid extracted from cannabis, 18% — or about one-fifth — said they expected to try it in the next six months.

The survey also found that pain management was the most common reason (40%) cited by those who use CBD. It was also the most compelling reason cited (33%) by those considering it. Relaxation and stress relief were also identified by an equal number of non-consumers of CBD (19%) as motivating them to want to try it.