Disk-drive demand continues to be warped by the END_OF_DOCUMENT_TOKEN_TO_BE_REPLACED

Canadian cannabis stocks are being given some of the credit for propelling the Toronto Stock Exchange, the country’s main stock index, to posting an impressive gain in the first quarter of 2021.

The TSX reported a 7.37% uptick in the first quarter of the year, propelling it to rank 34th among the 92 global market indexes. This gain is due, in large part, to the performance of the exchange’s health care subsector, which saw an almost 40% surge in the first quarter. This drive upward was fuelled largely by cannabis stocks that benefited from increasingly positive signs of the growing list of US markets moving to legalize the weed.

The two top performing stocks on the TSX in the first quarter were cannabis companies Aphria (TSX:APHA) (NASDAQ:APHA) and OrganiGram (TSX:OGI) (NASDAQ:OGI).

Aphria, which closed up slightly on Monday at $22.79 on the TSX and posted a less-than-half-percent increase for the day on the NASDAQ in New York, has gained more than 160% in the first quarter of 2021. In the last year, the marijuana grower has seen its increase by 542% on the New York exchange. It had a slightly less spectacular showing in Canada, where its shares on the TSX in the last year gained 474%

Part of the reason Aphria shares have done so well has been its execution on its plans to expand, striking a deal to acquire another Canadian-based cannabis company, Tilray (NASDAQ:TLRY). The deal, which was announced towards the end of 2020, is on track to be completed later this month. The new combined company will operate under the Tilray name. It is estimated that it will control roughly a fifth of the cannabis market in Canada.

And with plans to expand in the US, where legalization continues to march forward, the stock appears poised to continue its upward trajectory. According to Toronto's Globe and Mail, nine out of 15 analysts peg it as a strong or moderate buy. 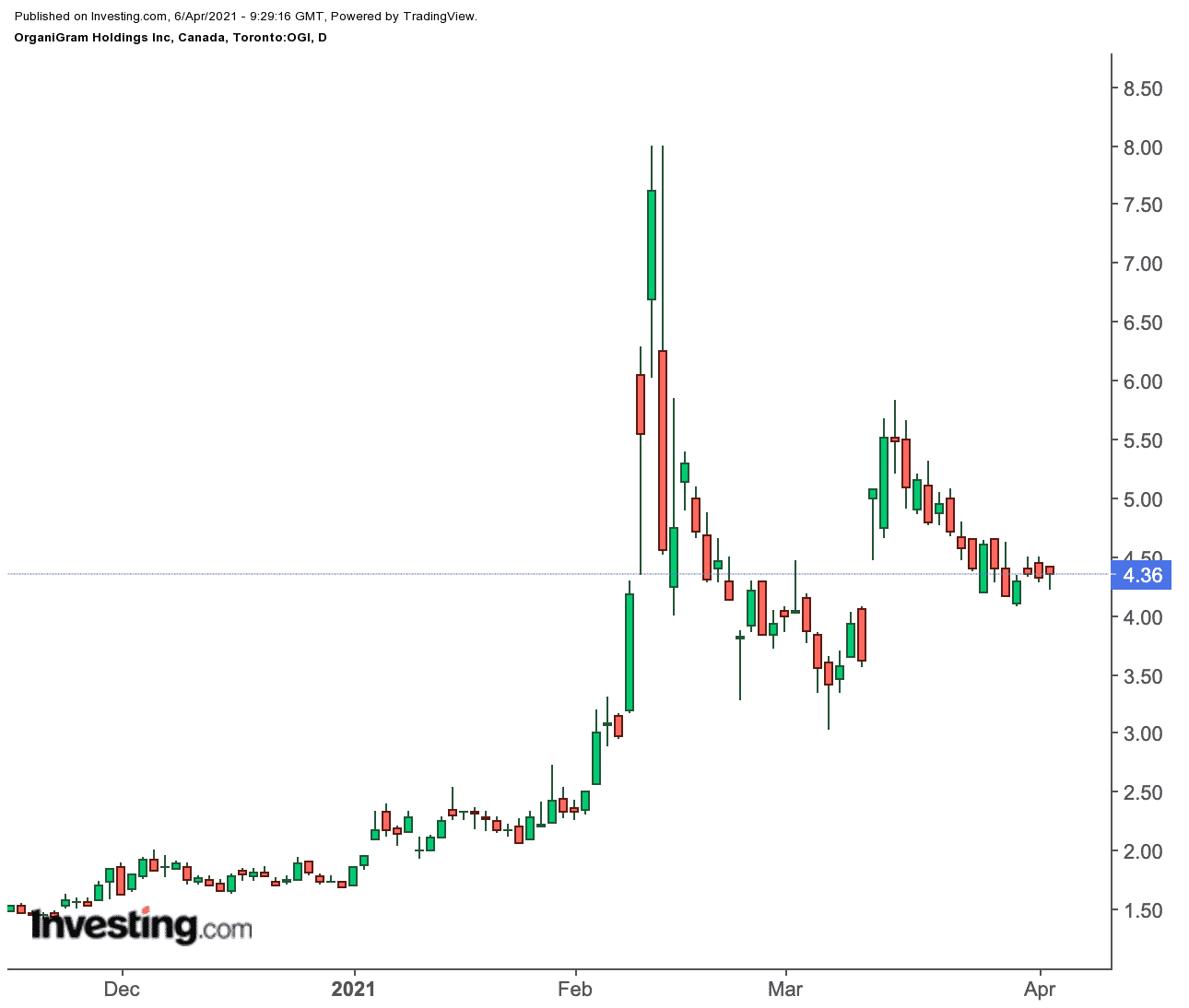 Like Aphria, Organigram is poised to be a player in the growing US market, with British American Tobacco (NYSE:BTI) scooping up an almost 20% stake in the company last month.

Together, Organigram and BAT plan to build a research facility to develop what they are calling “next-generation cannabis products.”