Aurora Cannabis, once a giant and prosperous cannabis company, has faced many challenges in the past couple of years. For example, the amount of high-priced acquisitions it made left billions of dollars of goodwill and has contributed to multiple quarters of hefty losses.

Since reporting its latest quarterly earnings report, which included their largest loss to date ($1.8 billion), the stock has dropped from $7.50 to $4.70. This is a substantial loss for investors. 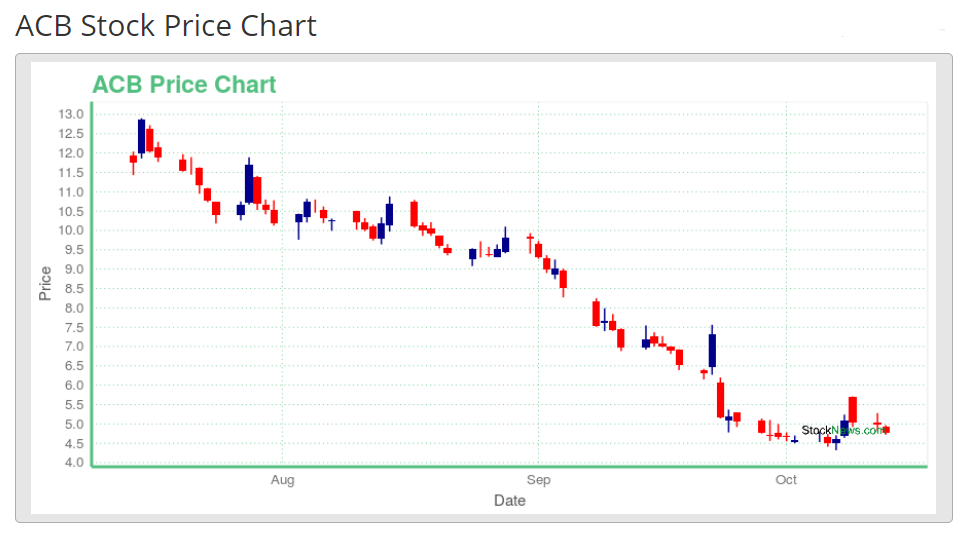 The company announced this week that they would be unloading their position in the Australian cannabis company Cann Group. ACB took a $28 million impairment charge, but says it still sees the potential for growth in the Australian market.

Michelle Lefler, a spokeswoman for ACB, wrote an email to Marijuana Business Daily stating, “We continue to see growth potential in this important market and will maintain active relationships with key distribution partners to enhance availability of Aurora’s portfolio of leading, high-quality medical cannabis.” She also stated that the company remains focused on key markets including: Canadian medical and recreational, CBD in the United States, and developed international medical markets.

The move to unload its position in Cann Group is striking, as just this past February, ACB listed Australia as one of its “primary market opportunities.” At this point, it’s pretty clear that the company is in dire need of capital and must do everything it can to clean up its balance sheet. The company currently faces multiple class-action lawsuits from shareholders that have hired the firms of Rosen Law, Bragar Eagel & Squire, and Wolf Haldenstein Adler Freeman & Herz LLP for damages due to misleading shareholders.

ACB had an 11.84% stake in Cann group, which accounted for roughly 22.4% of the company’s shares as of June. The sale comes only a few weeks after the company recorded an impairment charge of $37.2 million CAD for its position in the company. This loss is on top of the $18.2 million they lost last year.

As ACB continues to sell off its assets in hopes of profitability, only time will tell if their new CEO’s ambitious plan will work. CEO Miguel Martin stated that he would be focusing on premium cannabis higher-margin products, as opposed to value brands, despite value brands showing stronger sales growth. ACB is a company that has the potential to make a recovery, but this will not happen overnight.