Best Penny Stocks To Buy or Sell For Under $4 Right Now?

Are These Penny Stocks On Your Watch List Right Now?

Generally speaking, most new investors do not often have a big budget at the start of their investing journey. Now, this isn’t always the case and “budget” is subjective to who you speak to. Some people may consider $1,000 a small budget while others would consider $10,000 in the same light.

However, penny stocks can often prove to be an excellent option for newbies. Over the years, many investors have taken that route. But it’s important to understand the huge risks that you’ll have to be “ok with” in order to reap the big rewards.

There are penny stocks that trade at pretty low levels. So, it’s necessary for investors to pick out the stocks that could prove to be promising. To do so, research is key but so is watching technical patterns. If you’re new to trading, these “patterns” are likely foreign to you. We’ve done our best to put together a set of introductory articles to help inform you about some of the basics of penny stocks.

Once you get a good handle on the basics, it’s time to start researching penny stocks to watch. Having an initial list of penny stocks is key to a well-rounded strategy. Make sure these meet the criteria you’ve set and then do a deep dive to see if there are any potential catalysts that could trigger a bigger move.

Now, these are very basic ideas but all the same, it’s a good place to start. With this in mind, here is a quick look at six penny stocks trading under $4 that have started to jump in 2020.

Best Penny Stocks To Buy [or Sell] Under $4 #1: Workhorse

Due to the expected popularity of electric vehicles in the coming months, analysts expect that Workhorse could benefit considerably. The company is among the leaders in making equipment for electric vehicles. The stock rallied by as much as 8.70% on Thursday and then stretched its gains to 16.30% until Friday. Investors could keep an eye on this stock this week. 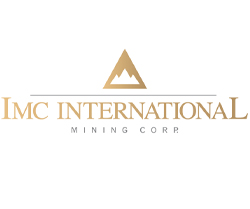 Next, IMC International Mining has been climbing ever since the beginning of the year. On January 8, before shares traded in the U.S., IMC was trading in Canada at $0.25CAD. This week shares reached new highs of $0.425CAD on the back of new momentum in gold stocks.

The coronavirus has signaled a push toward safe-haven stocks for many investors. Furthermore, the attention that junior gold stocks have received hasn’t hurt momentum for companies like IMC International this year either. Much of the focus for investors has been on the company’s mining claims, future prospects and leadership team.

For example, CEO Brian Thurston has been part of some of the largest grassroots projects within the industry. Mr. Thurston was part of the initial exploration, land acquisition, and development of Aurelian Resources’ Ecuador project. As a result of its progress in addition to others, Aurelian ended up getting acquired by Kinross Gold in a $1.2 billion friendly deal.

Best Penny Stocks To Buy [or Sell] Under $4 #3: CoCrystal Pharma

On the other hand, another penny stock was in the news last week. That was because it recovered after a slump on Wednesday. The penny stock in question is that of CoCrystal Pharma, which slumped after the company made announced a direct offering of $2.2 million in stock.

CoCrystal reported that it was going to offer around 3.5 million common shares for $0.63 per share. The stock declined by 14.50% on Wednesday, but Friday, it gained 14%. This week the company reported the closing of this offering that will go straight toward working capital and corporate purposes.

On another note, it’s interesting to see what happens to certain penny stocks after reporting a capital raise. For instance, IMC, which was discussed previously, raised funds last week and its stock climbed. CoCrystal has seen the opposite yet trading momentum continues to remain at above-average levels. Much of the sentiment revolves around the use of proceeds and how the company plans to execute. For COCP, it hasn’t been clear as to exactly what the “working capital” pertains to. In any case, it is something to keep in mind if this is one of the penny stocks on your watch list right now.

Best Penny Stocks To Buy [or Sell] Under $4 #4: Soligenix

Soligenix has been on an impressive run for most of January. It has jumped by as much as 122% this month so far. The company is expected to release the top-line data with regards to its product SGX 301 in the coming months. So, there is a lot of anticipation.

The medicine in question is meant to treat CTCL, and it could end up being the first approved therapy for the condition. Furthermore, Soligenix reported that the Japanese Patent Office grated a patent to cover the therapeutic use of dusquetide, which is the active ingredient in its SGX942. The patent is titled, “Novel Peptides and Analogs for Use in the Treatment of Oral Mucositis.”

Next, Anavex Life Sciences saw a spark in momentum to start February. The company announced that it received Fast Track Designation from the FDA. It was for its ANAVEX® 2-73 clinical development program. ANAVEX®2-73 is designed to treat Rett syndrome.

“With no currently approved agents to treat Rett syndrome, patients and their physicians have an urgent need for new therapeutic options,” said Christopher U. Missling, PhD, President and Chief Executive Officer of Anavex. “We view this FDA Fast Track designation as continued support that ANAVEX®2-73 has the potential to address this unmet need. Importantly, Fast Track designation provides a number of important advantages that could expedite the development and review of ANAVEX®2-73.”

Best Penny Stocks To Buy [or Sell] Under $4 #6: FuelCell Energy

Finally, FuelCell Energy started to perk up on Monday. This came after a multi-week slide to the alternative energy stock to lows of $1.50 late last month. Just as there was no news while the penny stock dropped, there haven’t been any new updates recently to justify this latest jump.

Needless to say, shares of FCEL stock have climbed to highs of $1.73 before the lunch hour on Monday. In January, the company announced a strategy update to strengthen its business. “My first full quarter as CEO has been a pivotal time for FuelCell Energy, during which we have worked together with our Board, as a management team, and with our stakeholders and suppliers to complete the restructuring phase of our strategy,” said Jason Few.