7 Stocks That Wall Street Thinks Could Rise 50% Or More 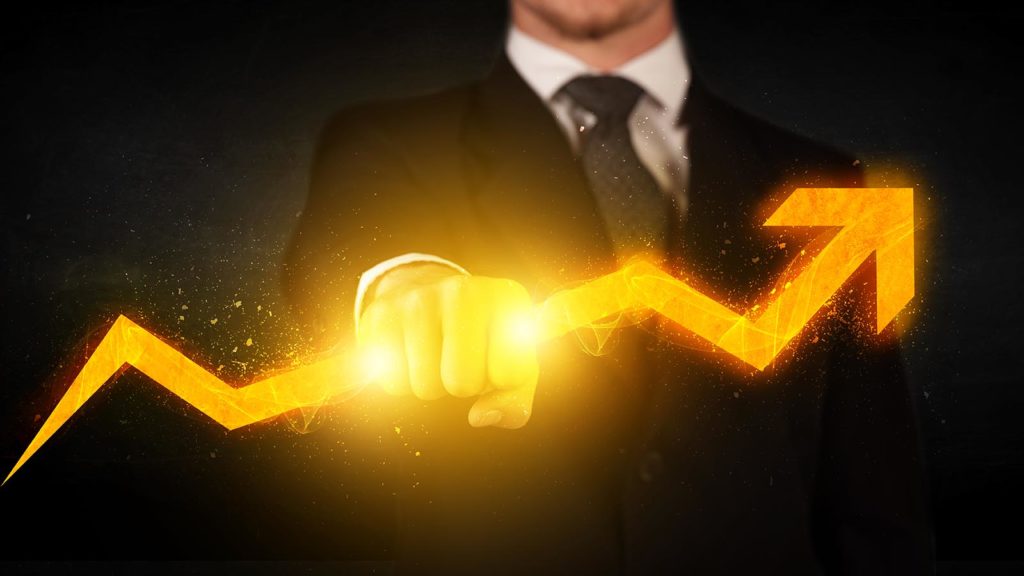 Wall Street analysts don’t always get it right. After all, behind the Wall Street allure, they are just people — like you and me — doing their best to predict future stock prices, which is, for what it’s worth, one of the harder things to predict in the world.

Still, investors would be wise to listen to Wall Street analysts. Don’t treat their recommendations like a crystal ball. Instead, take them with a grain of salt. But, still take them, because these are smart people with a lot of resources who are doing their best to get it right.

Investors should listen in particular when Wall Street analysts are either super bullish — or super bearish — on a stock, because this indicates that a group of trained and equipped individuals are screaming “Buy” or “Sell”. In this article, we will focus on the former.

Will all these stocks rally 50% or more over the next 12 months? No. But some could, which would make them some of the best stocks to invest in now. And that alone makes the group worth looking at.

One beaten up stock which Wall Street is particularly optimistic about is AMC Entertainment (NYSE:AMC).

AMC stock has been beaten and bruised in 2019, as shares have tumbled more than 40% over the past 52 weeks to what are essentially all-time lows. The culprit? A sluggish first half 2019 box office, which reinvigorated fears that the movie theater business is a dying one, and that AMC is a dying company.

But, the box office has picked up steam in July and August — thanks mostly to the latest Spider-Man movie — and most industry insiders and analysts project this newfound strength to persist into the back-half of 2019, led by a new Frozen movie and a new Star Wars movie. That’s why analysts haven’t thrown in the towel just, and have a $16.50 consensus price target on the stock — roughly 50% above where the stock trades today.

The thesis? As the box office rebounds in the back-half of 2019, investors will realize that movie theater apocalypse fears were overstated. They will rush back into AMC stock, pushed by the fact that the stock is trading at a huge discount to its average valuation. This rush will cause AMC stock to fly higher.

I 100% agree. As such, I think Wall Street has it right here. Buy AMC stock before the second half rebound.

Another beaten up stock that Wall Street is still highly optimistic on is Uber (NYSE:UBER).

The ride-share giant has had an awful time as a public company. The IPO was a dud, with UBER stock closing below its $45 IPO price in its first day of trading. Not a good start. The stock has since spent very little time above that IPO price, and following a bad earnings report in early August, has dropped all the way to $33.

That’s a long way from $45. But, analysts are still broadly optimistic, with a $50-plus consensus price target on the stock, representing nearly 60% upside from today’s level.

The thesis? Near-term weakness is noise. In the big picture, the ride-sharing market projects to be huge, and Uber projects as the leader in that market given its liquidity network advantage — more drivers equals more riders, which equals more drivers. That market will rationalize as its matures — as most markets do — and Uber’s promotional activity will ease up, creating runway for gross margins to move higher. Big revenue growth will concurrently drive positive operating leverage. Operating margins, therefore, have visibility to be sizable one day. As do revenues. That combination implies big profits at scale, which aren’t priced in today.

Again, I 100% agree with that thesis. Uber is a long-term growth company going through some growing pains right now. The big picture fundamentals remain healthy, and in the long run, this company (and the stock) will do very well. 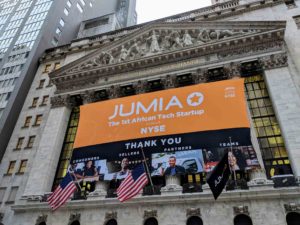 Yet another beaten and bruised stock that Wall Street hasn’t give up hope on is Jumia (NASDAQ:JMIA).

Jumia is a rapidly growing African e-commerce platform. From that alone, the bull thesis is very simple. Africa is the last great frontier of the global technology revolution, with an internet penetration rate below 40% (the rest of the world is above 60%). But, over the next decade, the global technology revolution will sweep through this last frontier, sparked by more widespread and affordable internet access, cheaper smartphones and private and public investment into the space. This revolution will dramatically grow and expand Africa’s digital economy, of which e-commerce is one of the biggest components.

Jumia is at the epicenter of Africa’s e-commerce market, with over $1 billion in GMV and nearly 5 million active buyers across multiple countries. As such, the bull thesis is that as Africa’s e-commerce market surges over the next several years, so will Jumia — with the end result being that Jumia turns into the Alibaba (NYSE:BABA) or JD.Com (NASDAQ:JD) of Africa. Those are $40 billion-plus companies. Jumia has a market cap of under $1 billion. Thus, the long-term upside potential is compelling.

But, there are a bunch of red flags here. Specifically, short-seller Citron has claimed that the company’s numbers are fake — they book fake orders, book cancelled orders (which account for a large volume of total orders), rarely ever deliver an actual package and dramatically overstate GMV, among other things. The evidence is hard to refute here. That’s why investors have listened with both ears, and why JMIA stock has tumbled from $50 to $10 over the past few months.

Analysts think it will rebound. I think it could. But, I also think that before it rebounds, management has to more appropriately address the fraud allegations. Until they do, I’m unconvinced that JMIA stock can stage a big rebound. 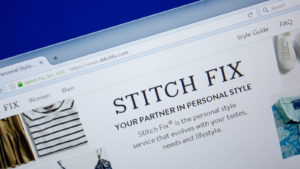 Seems like a solid value prop. Consumers should fall in love with that service, and as they do, Stitch Fix will disrupt the entire retail landscape, which will result in huge revenue and profit growth, the likes of which will power SFIX stock higher.

That’s what analysts think. They have a $36 price target on SFIX stock — 90% above today’s price tag.

But, the bear thesis here shouldn’t go unnoticed. It can be summed up in a few words: people don’t care that much about what they wear. Most consumers won’t find an extra $20 a month to shuffle out to personal styling, and those who do amount to a small group, of which Stitch Fix is already dominating. Thus, where does the growth come from?

I don’t buy this bear thesis, yet, at least. Stitch Fix has 3.1 million active clients. There are about 340 million people in the U.S. Thus, Stitch Fix is at less than 1% penetration. That’s too low. In my personal circle, I can think of more than one in a hundred people who would pay for Stitch Fix. Consequently, I don’t think this growth narrative is over — on the contrary, it may just be getting started. 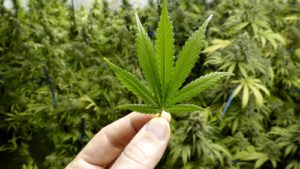 Pot stocks have been killed over the past few months by a slew of bad news across the industry. Cannabis industry leader Canopy Growth (NYSE:CGC) has been no exception to this trend. Instead, it has been hit the worst. But, analysts remain largely optimistic about the company’s long-term growth prospects.

Once upon a time, CGC was a $50 stock with a bunch of promise. Canopy dominated the Canadian cannabis market without challenge. The CEO was promising $1 billion in revenue soon. They had announced their intention to explode onto the U.S. cannabis scene with the acquisition of Acreage (once cannabis became federally legal).

That was several months ago. Today, the story is much different. Canopy has reported disappointing quarters back-to-back, which in sum paint a picture of a cannabis giant losing its lead. The CEO who promised $1 billion in revenue was canned and that $1 billion target looks more elusive than ever now. All has gone quiet on the U.S. front. CGC stock has consequently been cut in half, dropping from $50 to $25.

Analysts are advising investors to mostly look at the big picture here. Canopy is in the first inning of a long-term growth narrative. A lot of what happens today will amount to nothing more than noise in a decade. As such, investors should pay attention to the core long-term growth fundamentals. Those remain broadly healthy. Cannabis still projects to be a huge market, Canopy still has the biggest balance sheet in the industry, they are still the sales leader, they still have the biggest production capacity, and they are still backed by a global alcoholic beverage giant.

Net net, analysts think that Canopy still projects as the leader in what will amount to a massive global cannabis market in a decade. I agree. That’s why I think recent weakness in CGC stock is a long-term opportunity. 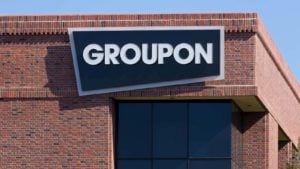 The only penny stock that found its way on this list is discount platform Groupon (NASDAQ:GRPN).

Groupon wasn’t always a penny stock. Earlier this decade, GRPN stock was trading hands above $20. But, it has since plunged into penny stock territory because the online discounts market has proven more niche than investors originally thought. That is, in a world where companies often run their own discounts on their own websites, a third-party discount code aggregator isn’t all that important.

That’s why Groupon’s active user base has shrunk — not grown — over the past several quarters. Revenues have dropped. So have profits. As has GRPN stock.

Analysts think a rebound is coming, with a consensus sell-side price target that stands over 65% above the current GRPN stock price. That’s because Groupon is pushing forward on a local-focused and mobile-driven growth strategy that has potential to reinvigorate growth and stabilize margins.

This strategy may work. But, because Groupon has been a losing stock for so long, investors won’t believe it until they see it. Right now, investors can’t see it (last quarter’s numbers were bad). As such, for the foreseeable future, I don’t see GRPN stock rebounding in a big way. 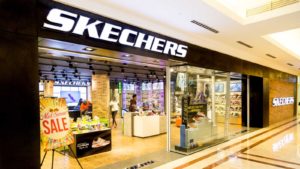 Last, but not least, on this list of stocks which Wall Street thinks can rally 50% or more is athletic footwear brand Skechers (NYSE:SKX).

SKX stock soared to $40 in late July after the company reported very strong second-quarter numbers that included robust revenue growth, strong margin expansion, big profit growth and a healthy third-quarter guide. But the stock has since given up all of those gains — and then some — because of escalating trade tensions, of which Skechers finds itself at the epicenter due to its global growth narrative.

Analysts think this trade war selloff is over done, with a $43 price target on the stock — 50% above today’s price tag. I agree with these bullish analysts.

Skechers is a great company that dominates the mid-price niche in the global athletic apparel market. This great company is firing on all cylinders right now, because the company is doubling down on its vastly under-penetrated international opportunity. Revenues are running higher. Margins are expanding. Profit growth is as big as it has been in a long time.

And yet, SKX stock trades at a depressed 13-times forward earnings. That’s too cheap for this double-digit revenue grower with upside margin drivers. As such, once trade tensions ease — and they are already starting to — SKX stock should soar in a big way.