5 Dividend Stocks to Buy From Across the Globe 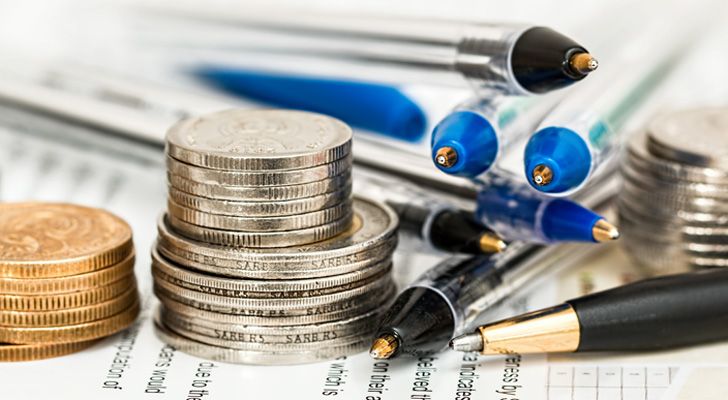 Most income seekers and retirees have a sort of set playbook when it comes to dividend stocks. They either buy an exchange-traded fund that’s heavy in dividend stocks like the iShares Core Dividend Growth ETF (NYSEARCA:DGRO) or they stick to a few well-known dividend stocks like Johnson & Johnson (NYSE:JNJ). And there’s nothing wrong with that approach. You certainly can get plenty of income and total return potential from going this route. But income seekers may want to move outside their comfort zone.

Specifically, I’m talking about dividend investments that are outside of the U.S.

The truth is, some of the best dividend stocks can be found outside the United States. The world is filled with a variety of strong multinational and international leaders. Even better is that valuations for many global stocks are lower than the U.S., while dividend yields are higher.

The yield on the internationally focused MSCI EAFE Index is about double that of the S&P 500. That should be music to an income seeker or retirees’ ears.

In the end, going global can result in some wonderful dividends stocks. With that, here are five international dividend stocks to buy today.

Suave soap, Ben & Jerry’s Ice Cream, Q-tips … these are all brands most people are familiar with. In fact, you probably use some of these brands yourself. That goes to show just how powerful and big Unilever (NYSE:UL, NYSE:UN) is. The firm is a consumer products powerhouse and features 400 different brands and sales in more than 190 different countries.

This portfolio of brands continues to pay some big results for UL and its bottom line. Sales continue to rise, jumping 3.1% during the first half of the year. That’s not bad for a firm the size of Unilever. The firm has more than 10 brands that generate more than $1 billion in annual sales. So, this is a big ship. Moreover, emerging markets make up a ton of those sales. Here, UL continues to see plenty of growth and high single-digit sale boosts.

The future looks rosy for Unilever as well. The firm has announced that it’s doing away with its Anglo-Dutch dual share listing and moving to a single share structure. This will reduce costs. Moreover, the firm has undergone some strategic reviews and it has pruned itself of underperforming brands to improve margins and profits.

All of this will translate into continued dividend strength. Since moving to a quarterly payout back in 2010, UL has managed to boost its payout by around 90%. This is a testament to its huge portfolio of brands and continued rising sales.

One of the most under-owned nations on the planet happens to be our neighbors to the North. For some reason, Canada isn’t included in many international indexes. That’s a real shame as the country features plenty of leading dividend stocks and multinational giants.

This includes banking giant, the Royal Bank of Canada (NYSE:RY).

Historically, Canada’s banks have been more conservatively run than U.S. ones. This has been the case for RY for decades. The firm’s continued focus on risk management has allowed it to skate through various financial downturns relatively unscathed. Both the Great Recession and the recent Oil Bust didn’t affect the bank’s bottom line or financial position. This fact has allowed RBC to pay dividends for more than 100 years and keep its payout steady during both crises.

But RY isn’t a stodgy, old fuddy-duddy. In fact, Canada’s banks were some of the first to embrace consumer technology, mobile banking, apps and A.I. Partnerships with tech for its small businesses, enterprise and wealth management divisions have directly boosted retention and overall usage, with digital payments at the bank are surging. All of these digital initiatives have paid off in a big way — with RY now realizing more than $15 billion in annual revenues. The best part is that RBC now expects to pull in three times the number of new clients as a result of these moves. That’ll only grow its base even more.

For dividend seekers, RY blends the best of both stable revenues with a huge upshot to its growth. With a near-4% yield, it could be one of the best dividend stocks to buy today.

When it comes to dividend stocks, Big Pharma offers some of the biggest yields. And the U.K.’s GlaxoSmithKline plc (NYSE:GSK) offers a juicy 5.14% payout. GSK features a robust portfolio of consumer healthcare products with brands such as Aquafresh, Nicorette and Theraflu under its umbrella. However, the firm is also a prescription drug powerhouse with several blockbusters under its belt. Likewise, it has a huge vaccine business that it contains to generate steady revenues.

All of this has made GSK a big-time dividend player throughout its history. As a U.K. company, GSK sends out a percentage of profits twice a year, so the amount varies. But it has been steady and consistent.

But dividend and growth seekers have a lot to like about GlaxoSmithKline. That’s because GSK is currently merging its consumer health division with Pfizer’s (NYSE:PFE). This separate company will feature a massive portfolio of brands and produce plenty of stable cash flows. Meanwhile, the remaining biopharma company will feature a robust pipeline of new cancer fighters and other drugs. Investors will be able to get the best of both worlds — growth and income — from GSK.

Buying GSK today, investors get a seat at the table and the ability to score a high yield.

For a long time, BP (NYSE:BP) was the whipping boy of the energy patch. The Deepwater Horizon spill was horrific and cost billions upon billions of dollars in legal fees, damages and fines. Because of that, BP was pretty much dead for years. But lately, the energy giant has returned to its former glory days … at least in terms of dividends and growth.

Thanks to the costs related to the spill, BP was forced to become “lean and mean.” That meant selling underperforming and non-core assets, spinning out its logistics infrastructure and reducing its overall debt load. All of this has made the firm a much better run energy stock than before. The results of this made themselves known last summer, when BP actually started to pull in some serious cash flows, Now, BP’s operating cash flows currently cover its CAPEX spending and dividend payments when oil is around $50 per barrel.

However, with continued technology improvements, BP estimates it should reduce its breakeven price to about $35 per barrel by 2021. With new major finds in the Gulf of Mexico, an increase in onshore shale drilling and other moves, BP is back on the prowl. Since suspending its dividend during the spill, BP has been able to increase its payout by 47% and completely end its so-called script dividend program, which paid investors shares rather than cash.

With a near-6% yield, BP makes a strong contender for investors looking for international dividend stocks.

Perhaps the best way to get a dose of international dividends is to own them all. We mentioned the popular DGRO ETF in the opening slide. That fund also has an international sister — the iShares International Dividend Growth ETF (NYSEARCA:IGRO).

Similar to DGRO, IGRO tracks a basket of international dividend stocks. The key for the ETF is that it’s not just about the payout, but the ability to grow that payout over time. The ETF’s index screens for stocks that have been increasing dividends for at least five years straight. A second screen is used to ensure that firms aren’t overreaching their ability to pay. Stocks with payout ratios of above 75% are removed. This leaves you with a basket of 408 different dividend stocks. There is some emerging market exposure, but developed markets garner the bulk of assets.

In terms of performance, IGRO hasn’t been bad. The ETF is relatively new — only opening shop in mid-2016. Since then, it has managed to produce a near-7% return annually. That’s not too shabby. Moreover, IGRO yields a very healthy 2.87%. And as a member of iShares core group of funds, expenses for the ETF run at a dirt cheap 0.22%.

All in all, when it comes to getting broad exposure to international dividend stocks, IGRO could be one of the best and cheapest ways.