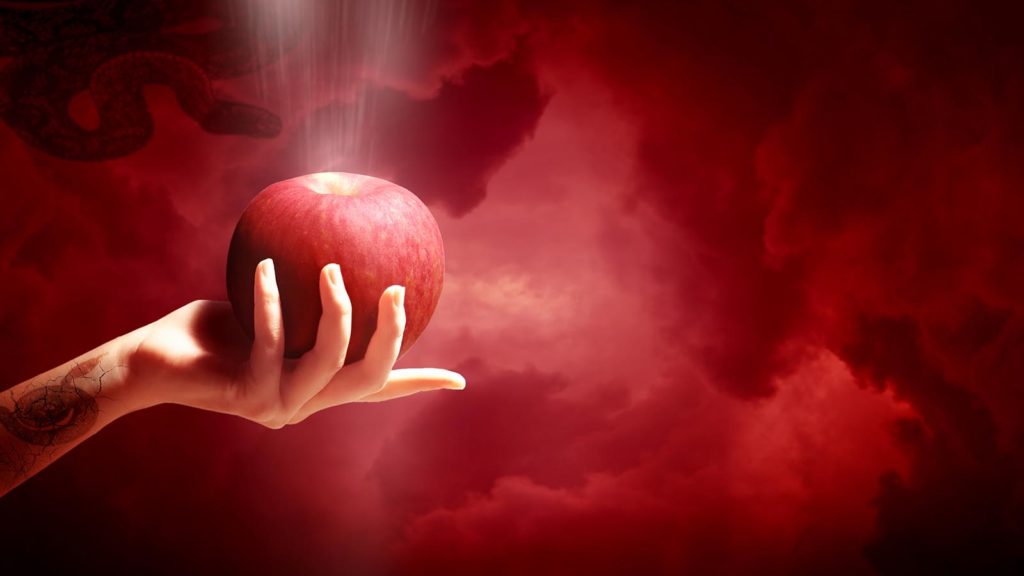 Many of us are aware of the traditional sin stocks — the tobacco and booze and gambling names, among others.

For many, the decision to invest in these companies might raise moral and ethical red flags. Whether it’s for political, religious or health reasons, companies within the sin stocks category always take some sort of potential toll on their customers or on society more broadly.

And — sometimes — the company’s assumed sin also takes a toll on the investor, either directly or through association. (People who follow Peter Lynch’s “invest in what you know” advice could easily fall victim to this).

However, as we have developed both technologically and socially, there are a few more companies that we might consider “vice stocks.”

Whether these are stocks to buy or stay far away from, I’ll leave up to you. But at the very least, it’s important to acknowledge the reg flags before you decide. After all, being well-informed is a key element of all wise investment decisions.

With all of that in mind, let’s take a deeper look at four “new” sin stocks to watch.

At first glance, seeing Electronic Arts (NASDAQ:EA) on a list of sin stocks might seem strange. But, remember, I’m taking a modernized approach to this categorization, which considers new ethical/moralistic problems introduced by technological advancements.

You might think I’m going to chase after EA stock because video games have replaced childhood activities like playing outside. But you’re wrong.

Over the past few years, EA has won two “Worst Company in America” awards for several different reasons, all of which make it one of the newest “sinners” to keep an eye on.

One of its most egregious sins (and a big part of why it’s considered one of the worst companies) is its popularization of the “loot box” mechanic.

The way EA used loot boxes essentially added a monetization property to an already extremely addictive gameplay mechanic. Adding to that, items from loot boxes are often vital for quicker progression through a game. This incentivizes gamers of all ages to purchase loot boxes. It’s basically gambling, but legal and without regulation (at least in the U.S. right now).

In other words, EA makes a good amount of money off of gamers’ inclination toward gambling.

EA stock hasn’t exactly died off thanks to the intense gamer backlash against these gameplay mechanics. However, it has suffered whenever it makes headlines for these questionable practices. And in the long run, this suffering might be more profound.

As InvestorPlace Managing Editor John Kilhefner said in his recent write-up on the loot box controversy:

“The stock’s upward trend since 2017 may have emboldened the company and its stock holders. EA’s unwillingness to change, however, should bother EA stock holders long term. This is especially true when you consider that the industry may just be leaving EA behind.”

Although the gaming industry is shifting towards a subscription-based model akin to Netflix (NASDAQ:NFLX), Kilhefner maintains that “the expectation is that users will [still] accept ‘surprise mechanics,’ cosmetic or otherwise.”

Whether EA will continue its wicked-to-some ways has still to be determined. But given its track record, the company always finds a way to create controversy while trying to make more money.

If you’re against gambling — or the exploitation of consumers for financial gain — you might want to avoid EA stock. While the more heinous aspects of EA’s loot boxing might have been toned down, there’s no question that the company might try to find another way to squeeze more money from its customers later down the road.

It shouldn’t be surprising to see Facebook (NASDAQ:FB) on a list of new vice stocks to consider. After all, regardless of whether you’re a social media user, you’ve likely seen — or heard — negative headlines regarding Facebook.

Over the past year or so, FB stock has been hammered over its questionable use of user data and numerous privacy concerns. The Cambridge Analytica scandal illuminated just how far-reaching its data collection capabilities are and how this data might be used in arguably despicable ways.

Adding to the list of “sins” associated with FB stock: “Facebook repeatedly lied to journalists about the severity of the Cambridge Analytica scandal as part of an alleged coverup of a privacy breach that gave up to 87 million users’ personal data to the Trump-linked political firm.”

Political implications aside, it’s clear that Facebook’s platform can be used to manipulate its users in ways that most were not aware of. Many users likely would not have approved if they were made aware.

Perhaps it was naive for users to assume a massive, free-to-use platform like Facebook had no strings attached. After all, few free things on the internet are actually free without any lawbreaking involved. But had users known how their data would be used from the start, then maybe there would not be “2.41 billion monthly active users on Facebook.”

But, the fact remains — there are still billions of Facebook users, and that’s not likely to change any time soon. Hence why many people still see FB stock as a viable investment.

The stock chart reflects this reality — Facebook stock is up nearly 20% over the past 12 months.

However, many people overlook another aspect to FB’s social media influence. Specifically, that’s the influence of Facebook’s platform on the spread of hate speech that could potentially translate into real-life violence.

And these concerns, while still undeniably interconnected, pre-date the Cambridge Analytica scandal.

And older “get-off-my-lawn” types aren’t the only ones worried about social media’s influence on users. Karsten Müller of Princeton University and Carlo Schwarz of the University of Warwick found in their 2018 report “Fanning the Flames of Hate: Social Media and Hate Crime,” that “social media can act as a propagation mechanism between online hate speech and real-life violent crime.”

They came to this conclusion by analyzing the correlation between Facebook and internet access and violence towards refugees in Germany. And in this process, they found “that right-wing anti-refugee sentiment on Facebook predicts violent crimes against refugees in municipalities with higher social media usage.” While the researchers assert that their results do not indicate “that social media itself causes crimes against refugees out of thin air,” they did find that it can certainly help promote and amplify it.

It’s impossible to elude issues like this on any social media platform that enables relatively “free” and “open” speech. But you can’t deny that an investment in FB stock also carries the responsibilities associated with these implications.

As such, depending on your morals, it may be reasonable to start looking at Facebook as a vice stock.

Modern ride-share companies Uber (NYSE:UBER) and Lyft (NASDAQ:LYFT) each have multiple vices, but prime among them is their questionable treatment of employees as independent contractors.

This allows the companies to pay minimally and avoid granting employees benefits, among other unsavory practices. 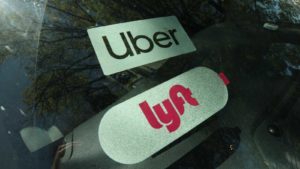 Some states and cities have made efforts to thwart employee mistreatment by both Uber and Lyft. But the fact remains that these companies are still able to exploit their employees (and by extension their customers) in some areas of the world, as many of these prevention efforts have not been successful.

In their research report “The Taking Economy: Uber, Information, and Power,” Ryan Calo, Associate Professor of Law at University of Washington: School of Law, and researcher Alex Rosenblat of the Data & Society Research Institute, explore the ethical issues presented by ride-sharing companies like Lyft and Uber in-depth.

Calo and Rosenblat further explain the potential for employee exploitation due to the “entrepreneurial consumer” classification in the following way:

“When issues of deception or other types of problems emerge … it can be challenging to dissect which part of the problem is a business practice, a technical issue, or a sociotechnical misunderstanding. But discrepancies in the system will generally tend to be more impactful on drivers in that they can result in lost pay or even suspension from the service.”

Essentially, the companies structure themselves in a way that lets them “limit … obligations under labor and tort law.”

And that means their “employees” lack the kinds of protections expected under more traditional employee-employer relationships. Instead, they’re all considered “independent contractors … whose cars, time, and energy make the companies run,” as Matthew Zeitlin of Vox points out.

That also means that both Lyft and Uber are able to mitigate their responsibility in the hiring process and can take less responsibility for the actions of those they employ. This can, in turn, pose a greater risk to their other customers — people using their ride-sharing apps.

Speaking of which, the potential sins behind Lyft and Uber are even more intricate once you consider that “[s]haring economy firms have the ability to monitor and channel the behavior of all participants and may be using this capacity to everyone’s detriment but their own” (emphasis added).

That brings us to yet another potential vice behind owning either UBER stock or LYFT stock. Namely, the possible manipulation of ride-seeking customers through deceptive app designs and abuses of data.

As Calo and Rosenblat assert in their 2017 report, “the representation of nearby Uber cars can be illusory … Uber engages in ‘abusive design’ by suggesting visually that cars are nearby when they are not, presumably to entice the consumer to commit to hailing Uber instead of Lyft or a taxi.” Add to this the fact that “Uber’s own data scientists have revealed that the firm makes a close study of exactly when consumers might be willing to pay more,” and allegations of potential price-gouging gain greater strength.

While much of the headline ammo is targeted toward Uber at the moment, Lyft is not an angel either. Both companies have dubious aspects to them. Depending on where you stand on these issues, they may be sin stocks to avoid.