Shares of Aurora Cannabis fell on Tuesday after END_OF_DOCUMENT_TOKEN_TO_BE_REPLACED

In a report released today, Oren Livnat from END_OF_DOCUMENT_TOKEN_TO_BE_REPLACED 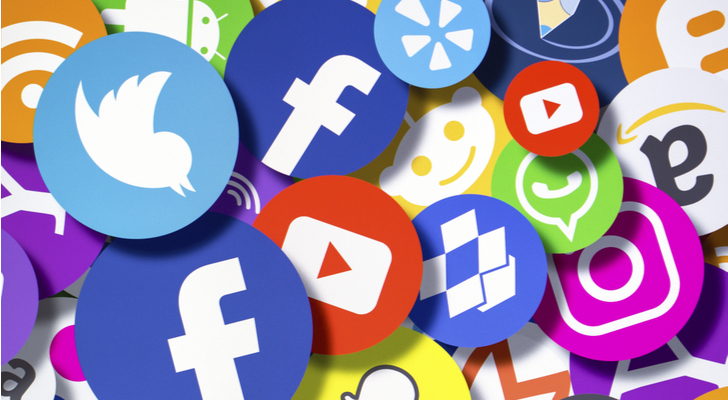 U.S. equities are under pressure on Tuesday after Google parent Alphabet (NASDAQ:GOOGL,NASDAQ:GOOG) dropped hard on disappointing quarterly numbers. Adding to the bad feelings was a soft China manufacturing activity report.

All eyes turn to Apple (NASDAQ:AAPL), which will be reporting results after the close. Analysts are looking for earnings of $2.36 per share on revenues of $57.4 billion as the iPhone maker gears up for another iPhone refresh later this year. Competitive pressures are building once again, with peers coming to market with folding screen phones.

Speaking of competitive pressures, Alphabet warned that competitive pressures were weighing on the amount it could charge for advertising — a dynamic that threatens a large swath of the big-tech marketplace. In fact, a number of big tech stocks are already showing signs of weakness. Here’s a look at Alphabet and three others to avoid: 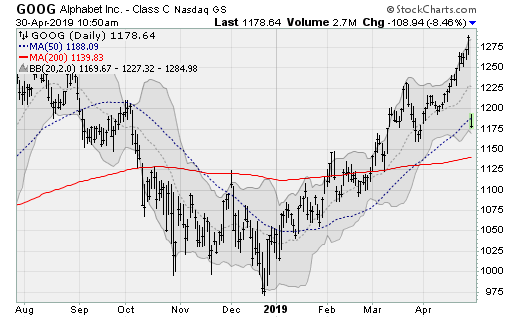 Shares of Google parent Alphabet are cratering back below their 50-day moving average on Tuesday, down more than 8% as I write this in response to disappointing quarterly results. The drop comes just days after the tech stock eclipsed its prior high near $1,275 set last summer, pushing to a new record.

The company reported after the close last night, reporting earnings of $9.50 which were 94 cents below estimates despite a 16.7% rise in revenues. Paid click ads fell 9% from the previous quarter while cost per ad impression fell 14%. The company will next report results on July 29 after the close. 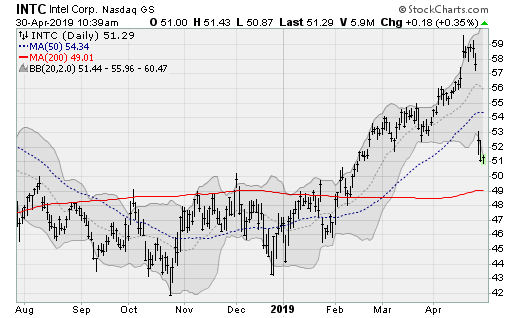 Intel (NASDAQ:INTC) shares are down nearly 14% from their recent high, cutting below their 50-day moving average to close in on the 200-day average last touched in late February. Shares have been under pressure after management released disappointing guidance, with CEO Bob Swan telling CNBC last week that demand is China has cooled and admitted it wasn’t getting into the 5G smartphone modem gain after being burned suppling 4G modems to Apple. 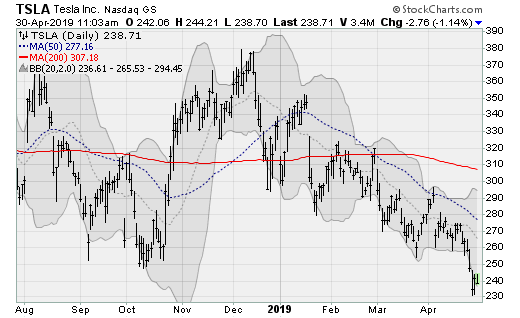 There is hardly a stock more dramatic to follow than Tesla (NASDAQ:TSLA), with its mercurial CEO Elon Musk, ever changing business plans, and ongoing reports of manufacturing problems for the Model 3. Shares have been in trouble in recent days, dropping out of a three-year-old trading range to return to levels first seen in early 2017.

The company will next report results on July 31 after the close. Analysts are looking for a loss of 35 cents per share on revenues of $6.3 billion. When the company last reported on April 24, a loss of $2.90 per share missed estimates by $1.93 on a 33.2% rise in revenues. The company issued downside guidance for the second quarter but forecasts are return to profitability in the third quarter as production of the Model Y small SUV begins. 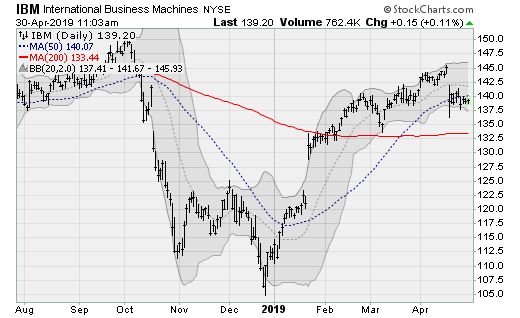 Shares of IBM (NYSE:IBM) have dropped below their 50-day moving average, setting up a breakdown to test the 200-day moving average crossed back in early February. Shares remain mired in an epic, downward-sloping sideways channel going back to early 2012 as management has struggled to post consistent revenue growth. A recent $34 acquisition of Red Hat (NYSE:RHT) shows management is still trying to get a secure foothold in the cloud business.

The company will next report results on July 17 after the close. Analysts are looking for earnings of $3.10 per share on revenues of $19.2 billion. When the company last reported on April 16, earnings of $2.25 beat estimates by a penny on a 4.7% decline in revenues.