Fluidigm (NASDAQ:FLDM), Cypress Semiconductor (NASDAQ:CY), and Under Armour(NYSE:UA) are very different businesses, but each could offer investors market-beating returns, according to three Motley Fool contributors.

Todd Campbell (Fluidigm): This under-the-radar maker of instruments and chemical reagents used in labs has seen its shares jump recently. But it's still an under-followed stock, and that could mean there's plenty of upside left for new investors.

Fluidigm supplies tools that life sciences' researchers use to better understand and inform innovations, such as immuno-oncology medicines. It sells machines to research labs, but a bigger opportunity for long-term growth and profitability may be selling the consumables used in these machines.

The mass cytometry strength more than offset slipping fluid-circuit sales, so Fluidigm's total sales grew 17% year over year to $32.3 million last quarter. For the full year, revenue was $113 million, up 11% from 2017. That only scratches the surface of what the company pegs to be a $1.5 billion addressable market.

Since mass cytometry now accounts for 52% of the company's revenue, up from less than 40% in 2017, ongoing research into inflammatory conditions, autoimmune diseases, and the application of discoveries for immuno-oncology treatments could boost overall revenue growth in 2019, making this a small-cap stock worth buying.

Quality Connectivity on the Cheap

Nicholas Rossolillo (Cypress Semiconductor): Shares of Cypress Semiconductor, a maker of connectivity and microcontroller chips, have been battered in the last year. As digital-memory pricing has tumbled since last summer, companies that are sensitive to this cyclical industry have been hurt. Thus Cypress shares are down 14% in the last 12 months.

Though it still has exposure to memory products, that's only part of the story. The chipmaker has made it clear that it has intentions to distance itself from its old legacy business. Cypress has been undergoing a multiyear transformation from a seller of commoditized semiconductors to a specialty manufacturer that participates in the fastest growing segments of the industry. During the fourth quarter of 2018, 41% of sales still came from memory, but a deal to offload some of that business into a joint venture managed by South Korean outfit SK Hynix should help.

What remains is a connectivity and microcontroller business focused on the auto, industrial, and consumer sectors. Cypress has been investing in this new territory because connectivity and microcontroller chip sales are expected to grow at least 16% and 5% a year, respectively, through 2021. Those fast-expanding segments helped Cypress notch 6% revenue growth in 2018 and run its first profit in years -- in spite of weakness from the struggling memory unit.

With shares still down sharply because of investor worry, now could be the time to buy. The forward P/E based on the next 12 months' profits sits at a mere 14 at the moment. With the need for connectivity chips on the rise in the coming years, Cypress Semiconductor's stock looks mighty affordable. 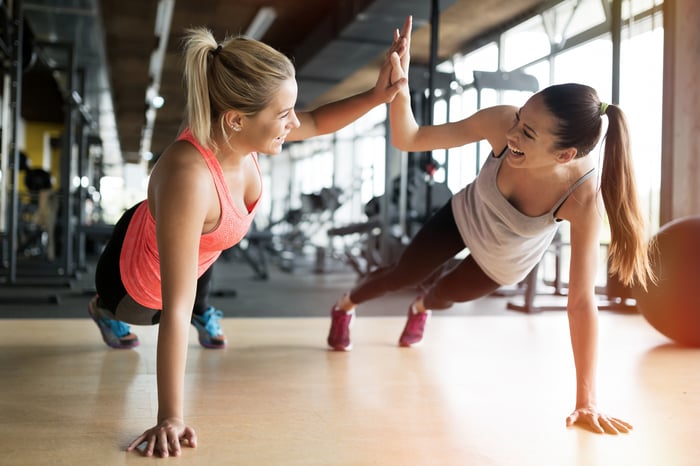 Jamal Carnette, CFA (Under Armour): After years of parabolic growth, the performance apparel maker spent 2017 in the penalty box with shares falling 50%. Many feared the company had outgrown founder Kevin Plank, as a series of questionable decisions -- the company's foray into connected wearables, its disastrous entry into athleisure, and a decision to expand into lower-end footwear -- took it out of its circle of competence.

In the following 14 months, shares rebounded as the company ditched athleisure to double down on performance apparel and the higher-end shoe market. It appears to finally be working. Despite a year-on-year decline in North American revenue, the company posted better-than-expected fourth-quarter earnings on the strength of growth in Europe, the Middle East, and Africa, and in the Asia-Pacific region.

What's more important, the company's inventory level fell to approximately $1 billion, down 12% from last quarter and 22% from Q2. Bloated inventory levels present a double whammy for investors as old and discounted merchandise is a drag on earnings while also preventing the company from showcasing new inventory.

Under Armour has not fully rebounded yet, but it appears management is finally working through the ramifications of prior poor decisions and is focusing on its core competencies. It's time to take Under Armour stock out of the penalty box.