3 Stocks to Buy for Safety in the Trade War 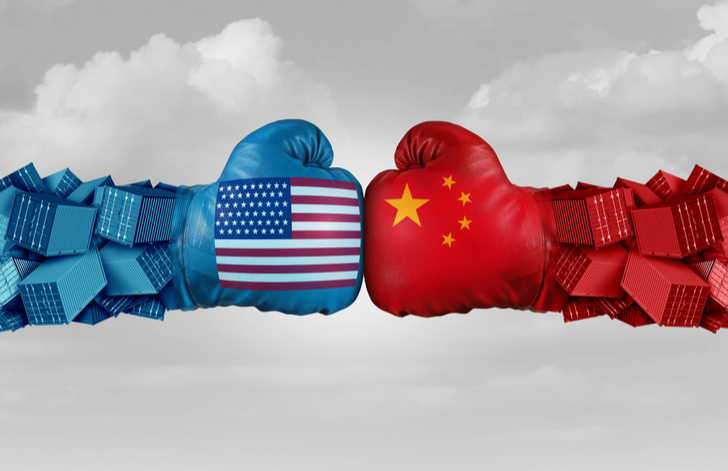 Are you looking for stocks to buy, but yearning for protection from the trade war? A trio of long stock positions in Roku (NASDAQ:ROKU), Chipotle (NYSE:CMG) and CyberArk (NASDAQ:CYBR), which offer diversity and the common thread of bear-bucking relative strength, may be the answer. Let me explain.

To say the least, the trade war between China and the U.S. has been a tiring undercurrent in the realm of investing. And there’s no telling what’s next between the two countries. Nor do we really know what impact this economic tangle may have on a broad mix of publicly-traded stocks ranging from Apple (NASDAQ:AAPL) to 3M (NYSE:MMM) to Starbucks (NASDAQ:SBUX).

The good news is there are still many stocks to buy with less risk tied to any future trade deals or even continued escalation between the world’s two largest economies. Roku, Chipotle and CyberArk fit this mold.

And of benefit to bullish investors, ROKU, CMG and CYBR are also leading the way higher through the market’s daily headline-driven cheers and jeers tied to the trade war. What’s more, these 3 stocks are poised for continued success off and on the price charts and look like prime stocks to buy today.

ROKU is the first of our stocks to buy. Roku is the market’s largest over-the-top streaming content provider. And if the company’s recent all-around, solid-looking earnings and sales beat and very bullish reaction from Wall Street are any indication, investors haven’t seen anything yet.

Bottom line, with a market capitalization that’s still just under $10 billion, it’s not hard to understand the huge upside potential in this market-leading growth stock. Furthermore and on the price chart, it’s equally easy to see, in a universe of stocks to buy, why ROKU remains compelling.

With shares narrowly breaking out of a small flat base of several days in duration as of Tuesday’s close, ROKU is in position for buying right now. I’d set an initial stop-loss at $77. The exit is slightly beneath the congestion pattern and prior highs

There’s a bit of trend-line and Fibonacci risk in-between $88 to $95. But with the psychologically appealing $100 level just a stone’s throw away and a growth stock known for its volatility, $103 to $105 looks about right for taking initial profits.

The second of our stocks to buy is CMG. For a company which makes healthy eating fast, easy and affordable, it’s amazing how Wall Street continues to pooh-pooh Chipotle’s business wherewithal. In fact, the current analyst consensus is a hold on shares with a median target roughly 6% below the current price.

But that bearish view may be missing the big picture as CMG stock continues to move successfully past its well-publicized health scares which rocked shares for a couple years. As well, other investors are rightfully buying shares right now.

Currently, with shares less than 7% from their 2015 all-time-highs and a period where Chipotle enjoyed a sizzling romance with Wall Street, getting in front of a sell-side community known for changing its tune makes CMG a stock to buy today.

For Chipotle positioning I’d recommend investors wait for shares to re-cross the pattern breakout of $721.42. This amounts to a second attempt style entry which allows for an additional layer of price confirmation and reduced chance of buying a false breakout.

For containing risk, an initial stop-loss within congestion but below the key $700 level which also cuts exposure down to about 3% looks like a smart way to position long in Chipotle stock.

The third in our list of stocks to buy is Israel-based CyberArk. The security software outfit has been a top growth stock in 2019 with shares hitting fresh all-time-highs and quickly approaching a double in price.

And there’s reasons for investors to be excited given the company’s standout quarterly results earlier this month and relative insulation from the trade war between China and U.S. Now there’s additional evidence on the price chart for making CYBR a stock to buy today.

In Wednesday’s session shares of CyberArk are trading at fresh highs after breaking out of a short and irregular two-plus week pullback pattern. With today’s reaction also pushing above last week’s volatile earnings-driven aftermath beset by profit-taking, the move to fresh highs is impressive.

Still, CYBR is volatile and those swings shouldn’t be discounted after what’s been a very friendly trend and admittedly, a stochastics set-up which appears to be cautioning against bullish bets.

My recommendation for this sort of situation is to buy shares and hope for the best. That’s not to say investors should leave this stock to buy open to increased risks of failure. Instead, when purchasing CYBR make sure to use CyberArk’s options market to contain exposure using any number of limited and reduced risk strategies which fit your expectations.