3 Stocks to Buy for a Rebound 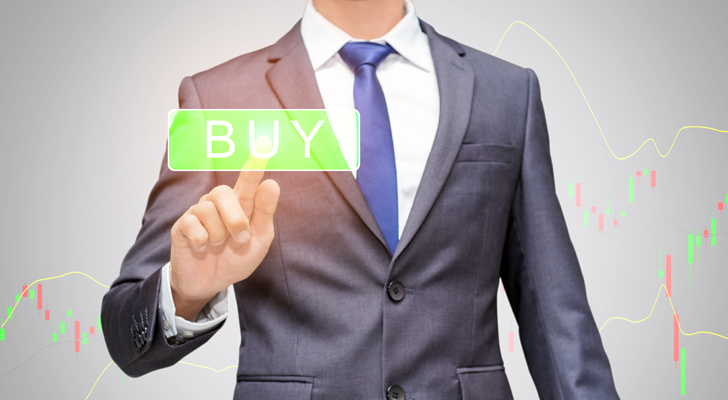 Friday’s stock swoon pushed the S&P 500 below the 200-day moving average, sending anxiety readings to the moon. Chart watchers are understandably concerned about the breakdown, but the level of panic carrying stocks into the weekend should have contrarians perking up. Today’s gallery is all about stocks to buy for the looming market rebound.

Traders have many sentiment gauges to measure the levels of market fear. Some, like the CBOE Volatility Index didn’t reach extreme readings on Friday, but others did. Take the CBOE equity put/call ratio, for instance. Last week’s panic sent the metric to a new high for 2019 at 0.83. Outlier readings like this often signal sellers’ exhaustion. That’s bullish in the short run.

Advanced Micro Devices was one of the only stocks able to tag a new one-month high last week. Its high-volume breakout was inevitably weighed down by broad market weakness, but there is a silver lining to the pullback. It’s providing a second chance for traders who missed Tuesday’s breakout.

AMD stock is also one of the few equities still above its 50-day moving average. Think of it this way: If AMD can remain afloat while the market is melting, just wait until we get an actual rally.

To capitalize on continued strength, sell the July $25 put for 75 cents. The max reward of $75 per contract will be captured if AMD sits above $25 at expiration.

Ever since blasting off to new record highs mid-April, Disney (NYSE:DIS) shares have been a bastion of strength. Indeed, the narrow month-long trading range reveals the bid beneath the surface has yet to abate. The support zone at $130 has proven formidable.

While a break back above the 20-day moving average will help confirm buyers have wrested back control of the short-term trend, the power of the long-term uptrend makes me want to deploy bullish trades into any weakness.

We can build a trade that profits even if DIS stock continues its sideways trending behavior. Sell the July $125/$120 bull put spread for 85 cents. The reward is 85 cents, and the risk is $4.15.

Credit card stocks flexed some serious muscle during the June swoon. Pullbacks have been a rarity this year, but American Express(NYSE:AXP) is finally giving dip buyers something to salivate over. Last week’s four-day retreat carried AXP stock to its rising 50-day moving average, creating a compelling low-risk entry.

Volume during the descent was modest, showing a lack of selling aggression by institutions. This suggests the drop was garden-variety profit taking and nothing more.