In comparison to an outright disappointing 2019, pot stocks have done fairly well so far this year, all things considered. The coronavirus has sent a shockwave through retail markets, but cannabis has managed to work around the new norm that it’s caused.

While stay-at-home orders may have hindered retail sales overall, the regulations caused cannabis consumption to go up and helped breathe some life into the pot market.

For the most part, the lockdowns worked in pot stocks’ favor. As businesses of all kinds were forced to shut their doors during lockdown, legal cannabis shops were considered an essential service in many regions and remained open.

Indeed, it seems that despite the global pandemic, the marijuana market is finally beginning to rebound after months of hardships.

Of course, not all cannabis stocks are created equal. If we learned anything from 2019, it’s that the pot market is oversaturated, making it tricky to find winning stocks.

Let’s take a look at some red hot pot stocks that could be worth adding to your portfolio. 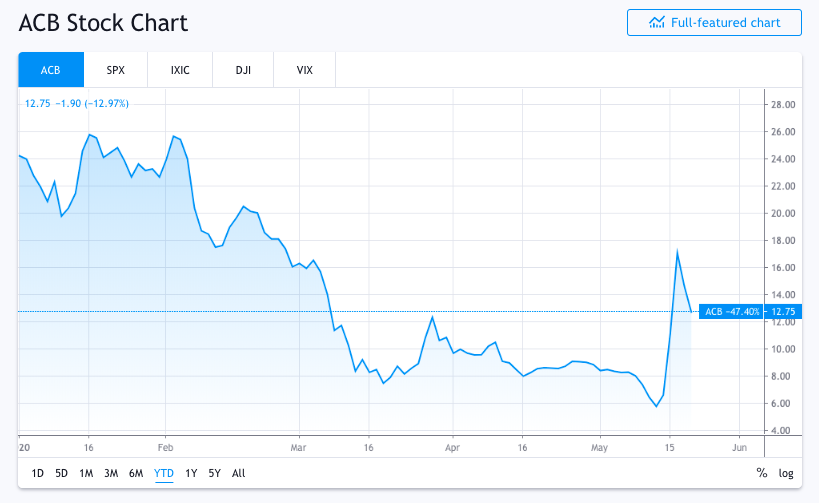 It’s exciting to see former industry giant Aurora Cannabis on the list of hot pot stocks to watch. After announcing the potential layoff of up to 500 staff and losing its longtime CEO Terry Booth, Aurora stock tumbled by 50% within a month down to below $1.

The dip in share price triggered a potential delisting from the New York Stock Exchange in early March and caused the company to consolidate all of its outstanding common shares on a 1-for-12 basis.

The move not only keeps Aurora in compliance with the NYSE’s standards, but it also provides access to investors, equity capital, and trading liquidity.

The consolidation, which took place on March 5, brought ACB stock from a disappointing $0.69 to $7.90, and it has been climbing ever since.

Last Friday, ACB stock experienced a 70% gain after reporting fiscal Q3 sales that beat expectations and showed its efforts to cut costs. Although Aurora came out of the quarter with a larger-than-expected loss and analysts expressed their reservations, the overall sentiment for ACB remains high.

“With expenses soon to be under control, insolvency concerns have begun to recede,” said Ladenburg Thalmann analyst Glenn Mattson. “We think ACB can become a solid cash flow generator simply from the Canadian operations and, with a strong market position in Canada, the company can create significant value from here based on this one market.”

On Wednesday, Aurora Cannabis made its first official move into the US market through the acquisition of US hemp retailer Reliva LLC. Aurora will pay $40 million in stock, plus up to $45 million in cash or stock to buy Reliva, which depends on whether certain financial targets are hit.

The news caused ACB stock to drop 13% on Wednesday to $12.75, likely due to the uncertainty surrounding CBD regulations in the US. 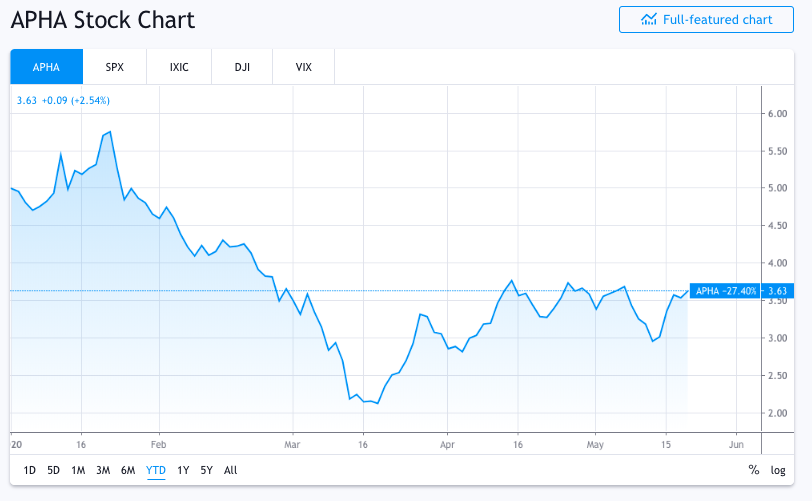 Next on the list of hot pot stocks to watch is Aphria, which has been one of the better-performing marijuana producers over the last year in terms of profitability and sales growth.

The company has managed to deliver profits in the last three quarters, which is extremely rare in the marijuana production sector. On top of that, at the end of its fiscal Q3, Aphria had CA$515.1 million in cash and cash equivalents on its books.

On top of that, APHA stock trades at only double its forward sales, making it much cheaper than cannabis juggernaut Canopy Growth (TSX:WEED) (NYSE:CGC), which trades at a ratio of almost 20.

Despite all of its wins, it hasn’t been enough to turn the stock price around, and the negative outlook for the pot industry as a whole has prevented Aphria’s valuation from rising despite its consistently positive results.

In the last 12 months, Aphria’s share price has gone down 50%, making the stock a cheap pickup that could lead to serious gains once the market rebounds.

If the company’s strong balance sheet and steadily improving financials are any indication of what’s to come, Aphria is definitely one of the hottest pot stocks to watch. 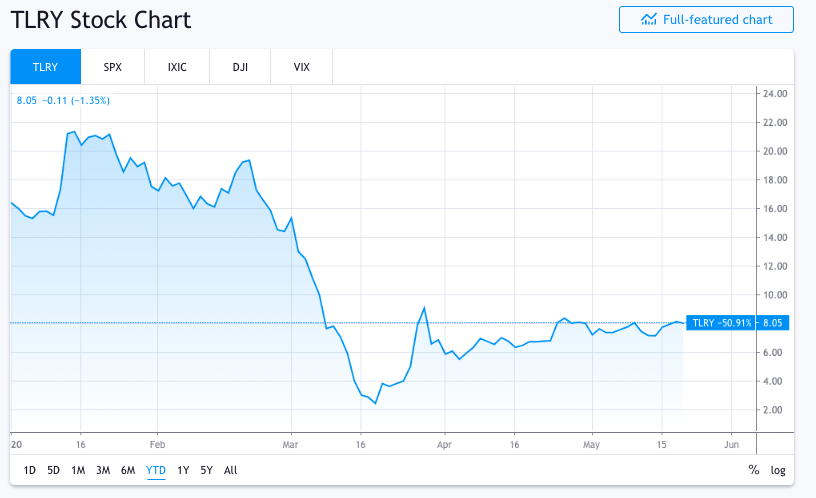 Last but not least on the list of hot pot stocks to watch this week is Canadian cannabis company Tilray. Although TLRY stock is still leaps and bounds away from its 52-week high of $51.03, the stock has rebounded significantly from its low of just $2.43.

The uptick in revenue was driven by growth across Canadian adult-use, global medical, and hemp product sales. Although the panic-buying that took place during the quarter also likely boosted the company’s sales, its overall financial improvements are a good sign for what’s to come.

Along with boosting sales, the company has implemented a cost reduction strategy that will result in annualized cost savings of roughly $40 million.

“During and since the first quarter, we took significant steps to drive efficiencies across our business, enabling us to realize annualized cost savings of approximately $40 million compared to fourth quarter 2019 run rates. While the positive impact of these actions are not fully reflected in this quarter’s results, they will become more clearly evident over the course of this year.”

The cannabis market may have had a serious rough patch in 2019, but things are definitely starting to look up.

There are plenty of hidden gems to be found in the industry, whether you are interested in cannabis penny stocks or still have your heart set on the fallen soldiers from last year’s bust.