3 Reasons To Buy The Discount In Nvidia Stock

I have to give a lot of credit to InvestorPlace contributor Vince Martin. Ahead of Nvidia’s (NASDAQ:NVDA) first quarter of fiscal 2019 earnings report, Martin on May 10 advised a cautious approach. No matter what, Q1’s numbers had to be astounding to benefit NVDA stock. Just getting a beat against the print wouldn’t be enough.

That’s exactly what happened. The tech firm surprised onlookers when it exceeded both profit and revenue targets. Naturally, NVDA stock jumped during afterhours trading. But that was all the benefit that it received. In the next trading day, shares opened lower and closed down, too. 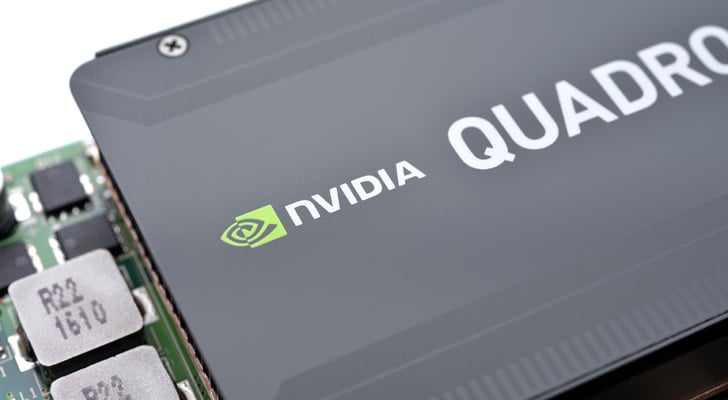 Even worse, the Nvidia stock price continued to see further declines. Since the beginning of this month, the tech firm’s shares have lost more than 18% of their value.

But why did NVDA stock become so volatile after a better-than-expected look in Q1? Obviously, the sharply escalating trade war between the U.S. and China levers a huge negative impact. President Trump used language that’s strong … even for him. In turn, the Chinese responded with equal disdain.

But specific to Nvidia stock, the underlying company may have a tough road ahead. During the Q1 disclosure, management refused to affirm their earlier full-year forecast. That’s because management admitted that the data-center market looked far less rosier than initially anticipated.

As Martin emphasized in his May 10 commentary, Q1 was never about the raw data. Instead, it was an opportunity for management to spark confidence in the Nvidia stock price. Unfortunately, expressing concerns about the data center did exactly the opposite.

Still, if you’re seeking a long-term contrarian opportunity, NVDA stock has much to like. Here are three of those reasons.

Management’s apprehension about a key market is obviously very significant. At the same time, I’d take it with a grain of salt. You must appreciate what the execs are doing here. Talking up the data center could yield a nearer-term boost for the Nvidia stock price. However, shares will surely crash if the fundamentals don’t align in later quarters.

More importantly, I don’t think the data center is as bad as the bears project. Now, I could bring up data regarding double-digit growth rates. I could also discuss the global implications of cloud-related industries, particularly for the developing world.

Rather than dive into the granularity, I’d prefer to look at the bigger picture. We’re in the middle of a digital revolution, one that increasingly relies on broader connectivity. To implement these technologies and innovations, we need a robust cloud infrastructure. This requires data centers.

To avoid NVDA stock means that the tech race will somehow take a breather. I don’t think so. Indeed, the trade war — which is based on the U.S.-China tech rivalry — incentivizes companies to focus harder on digitalization. In the end, this benefits Nvidia, along with companies like Micron (NASDAQ:MU) and Intel (NASDAQ:INTC).

It’s tempting to zero in on just data centers for two reasons. Again, data centers represent a multi-billion dollar industry which will only grow bigger. Equally important, data-center businesses contribute to the bottom line in the here and now.

This is why Wall Street is punishing NVDA stock. Nvidia is a publicly traded company, not the research arm of a state-funded university. Stakeholders want to see returns, preferably sooner than later. A major money-maker potentially absorbing an uppercut does nothing to shore up confidence.

But for patient investors, this discount offers a possibly lucrative opportunity. Nvidia leads research in multiple exciting avenues, such as deep learning and automation. The investments made now will one day shape the future of commerce, transportation and other segments.

Of course, this isn’t going to happen tomorrow. Still, tomorrow will happen at some point. As such, I think it’s short-sighted to only consider the immediate volatility in Nvidia stock and ignore its potential.

Crypto is Making a Comeback

I can already see the eyes rolling, even among my InvestorPlace colleagues. After crashing spectacularly in late 2017/early 2018, most folks probably think that cryptocurrencies are dead.

In fact, one of the reasons why NVDA stock and shares of rival Advanced Micro Devices (NASDAQ:AMD) experienced choppiness last year was due to the crypto hangover. Basically, chipmakers ramped up semiconductor fabrication of crypto-mining-centric processors. But when the digital markets crashed, so too did demand for these processors.

Both Nvidia and AMD have largely worked out their crypto-related inventory. However, they may want to grease up the production lines again. Blockchain tokens have witnessed a sentiment surge and I think it’s only going to get stronger. Both remain among the top holdings of the 31-stock portfolio of iShares PHLX Semiconductor ETF (NASDAQ:SOXX).

Why? It’s pure investment psychology. Currently, bitcoin trades hands at just under $8,000. Undoubtedly, the bulls are targeting that nice round number of $10,000. Once there, they will target $20,000, the last record-breaking resistance barrier.

After breaching that target … well, you get the idea. The sky’s the limit. And high-flying bitcoin can very well take Nvidia stock out of its doldrums.