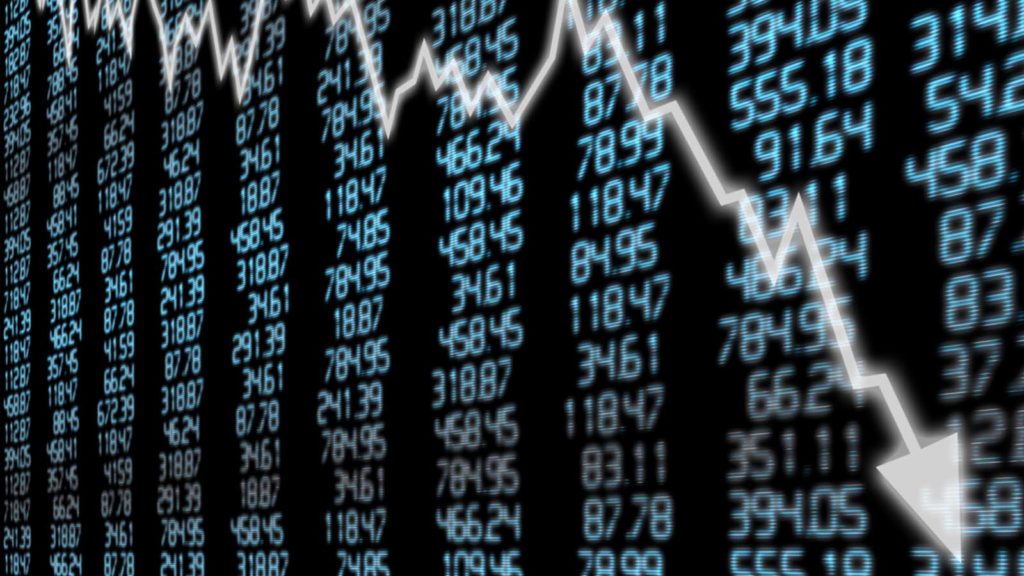 At some point the confident and positive game bulls have been playing will end. The good news is the party may just be beginning for well-positioned bears in large-cap stocks Netflix (NASDAQ:NFLX), Home Depot (NYSE:HD) and Delta Air Lines (NYSE:DAL) offering classic topping patterns that are ready for a more troubled and profitable tomorrow. Let me explain.

After hitting record highs out-the-gate in Monday’s session, it’s been a tough week for the broader averages. And maybe rightfully so. The S&P 500, the market’s broadest barometer for large-cap stocks is up roughly 20% in 2019 alone. That’s nothing to sneeze at. And let’s face it, optimism regarding earnings, an endgame to the trade war and future interest rate cuts can only go so far.

The fact of the matter is large-cap stocks are facing historically stretched price multiples following a remarkable bull-run of more than 325% over the last decade. But just because the market’s rally may be in its final innings doesn’t mean wagering profitably in the stock market isn’t possible.

Let’s now take a look at the price charts of NFLX stock, HD stock and DAL stock and appreciate how a more bearish trend can be an equally friendly and profitable environment for investors taking advantage of today’s topping patterns into tomorrow and beyond. 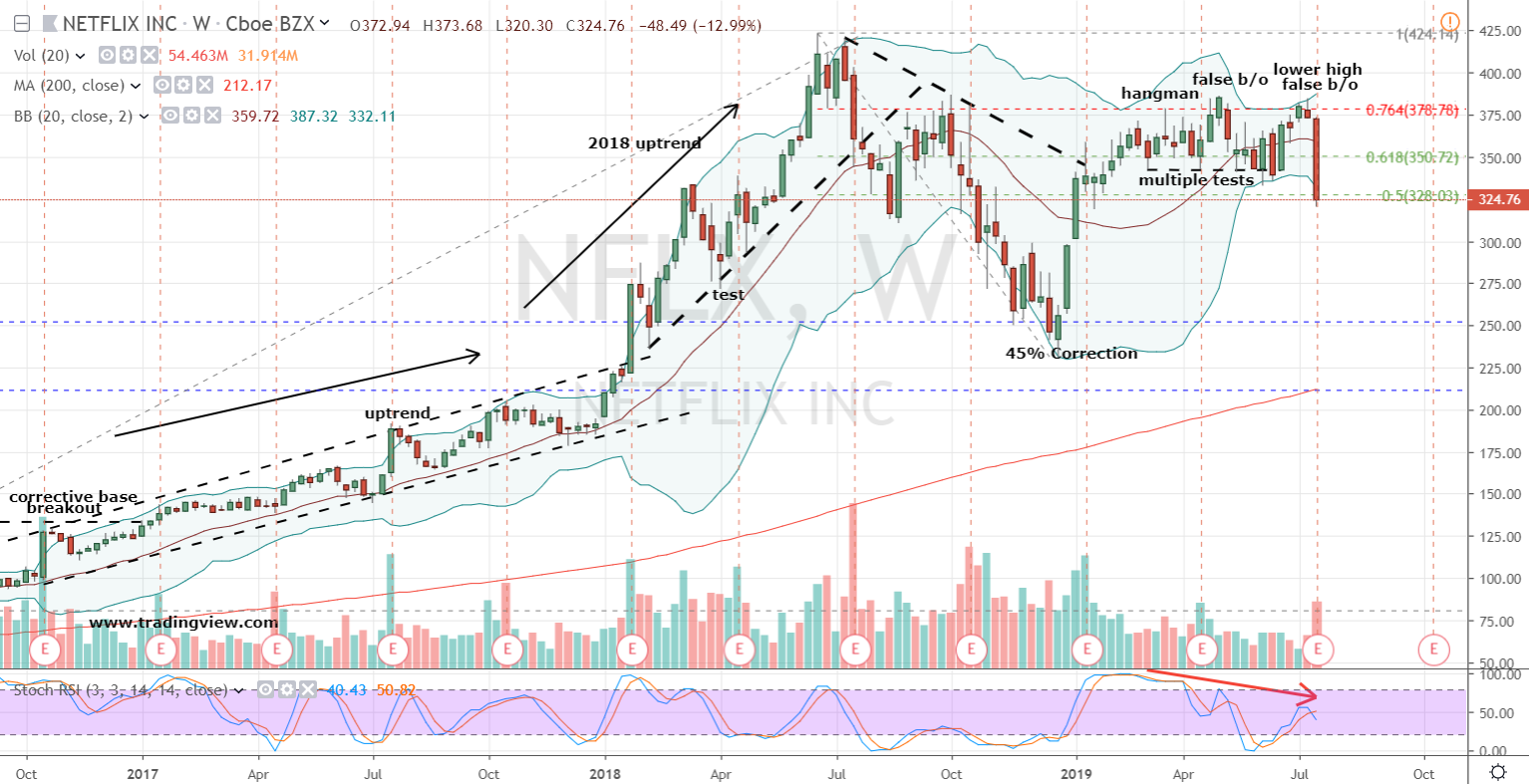 NFLX is the first of our large-cap stocks for shorting. As any investor with even a passing interest in the market knows, Netflix’s latest quarterly report which featured surprisingly weak subscription data, didn’t sit too well with Wall Street. But the worst may be yet to come.

While the S&P 500 has enjoyed its astonishing run, NFLX stock is up a staggering 6,300% since the financial crisis in 2009. But rather than just being dismissive of this amazing rally and betting blindly on the notion all trends do eventually end, this large-cap stock is giving bearish investors a technical-based heads up.

With this large-cap stock’s bearishly-positioned stochastics and Bollinger Bands just opening up from a pinched position, it’s time to short NFLX stock. My recommendation is to place a 6% blended technical and dollar-based stop-loss and look to take initial profits around $250 as shares challenge the December lows. 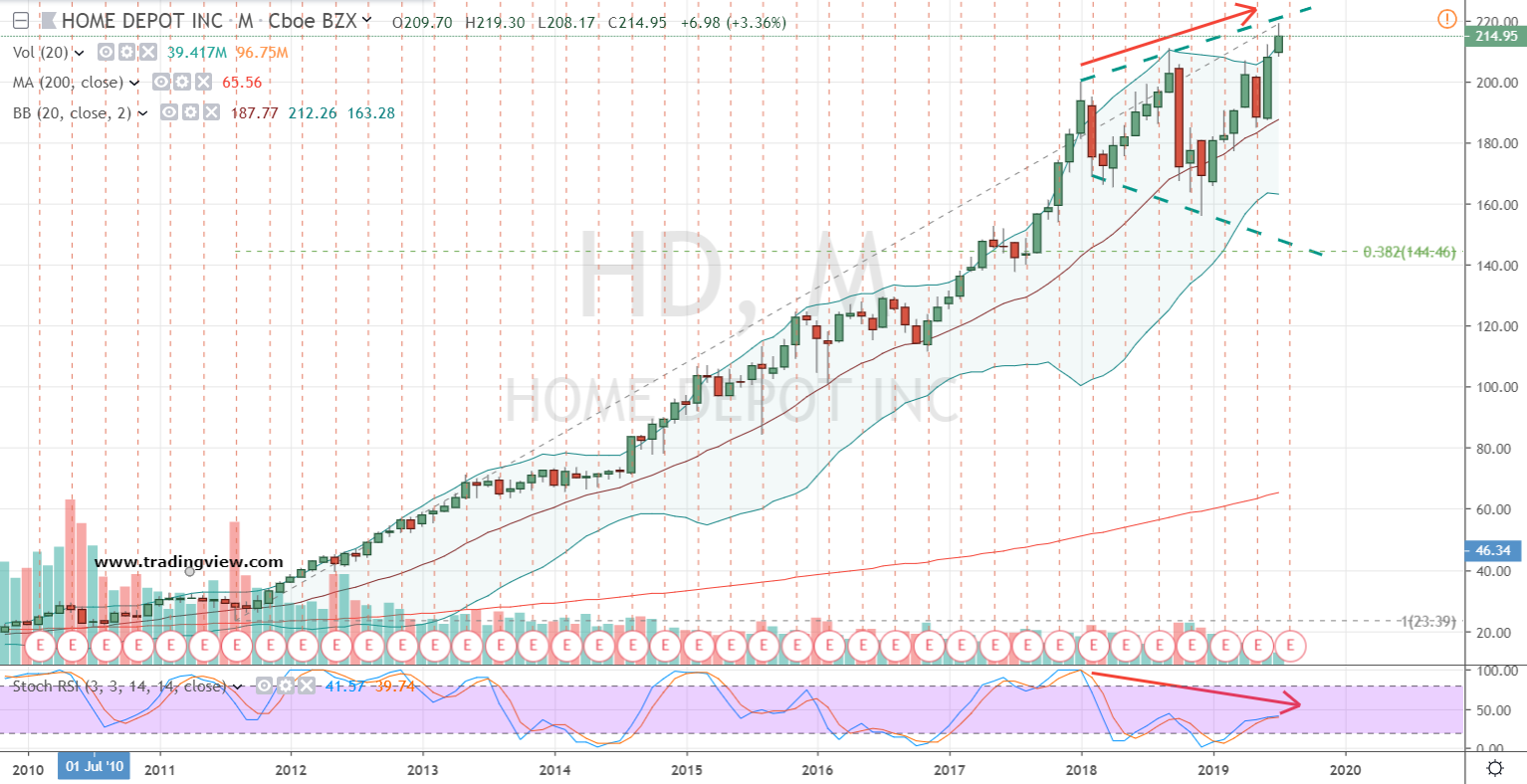 Home Depot is the next of our large-cap stocks for bearish investors. Home Depot hasn’t delivered returns like Netflix over the past decade, but gains of more than 1,330% aren’t in need of fixing either.

The money shot for bears looking to position HD stock is a widening or inverted triangle topping pattern. We’re looking at the monthly price chart of Home Depot as our guide for shorting shares.

Honestly, this formation isn’t likely to result in a complete deconstruction of the prior trend. Still, with Home Depot shares facing angular resistance and a bearish stochastics setup warning of lower prices, a reversal towards $140 – $150 and test of pattern support and the 38% retracement level looks compelling.

For this large-cap stock I’d suggest a bit of price confirmation and short HD shares below $208 with a stop-loss above the pattern. That works out to risk of less than 6% compared to profits of around 30% if our forecast proves accurate. 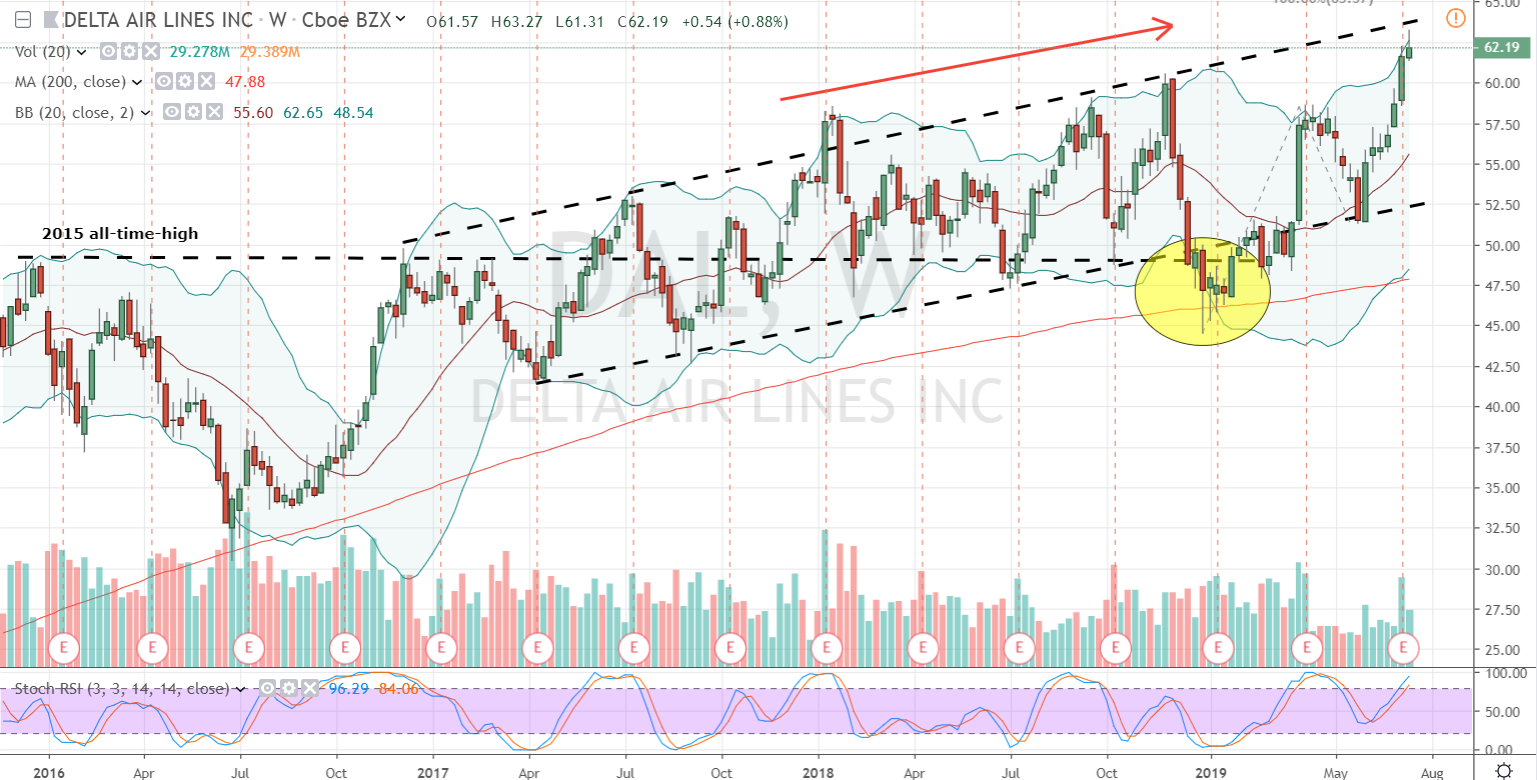 Shares of Delta are the last of our three large-cap stocks to short. DAL stock has also been flying high over the past ten years with returns reaching over 1,100%. Over the past couple years those gains have been the result of a bullish-looking channel. I’ve provided a weekly chart to target a proper short in DAL.

With Delta stock in a testing position of pattern resistance and stochastics in overbought territory, the likelihood of a pullback is high. Admittedly, my technical forecast for the airline isn’t nearly as gloomy as it is for NFLX or HD, and I suspect Delta’s bullish trend will eventually continue. Right here, right now though, DAL stock is on the radar for shorting.

My recommendation for shorting this large-cap stock is to wait for a candlestick topping candle to be confirmed. This could happen sometime in the next five days if shares of DAL pass through the low of the current shooting star doji pattern taking shape on the weekly chart.

Once positioned I’d suggest a 4% stop-loss. This exits the short slightly above the high of the signal candle. If we’re right though and DAL stock is grounded and shares move into the area from $48 – $53, I’d  definitely take profits and possibly even consider going long this large-cap stock as a safe, but profitable landing looks likely.