23 Healthcare, Tech, Energy, Consumer And Financial Stocks To Own Now 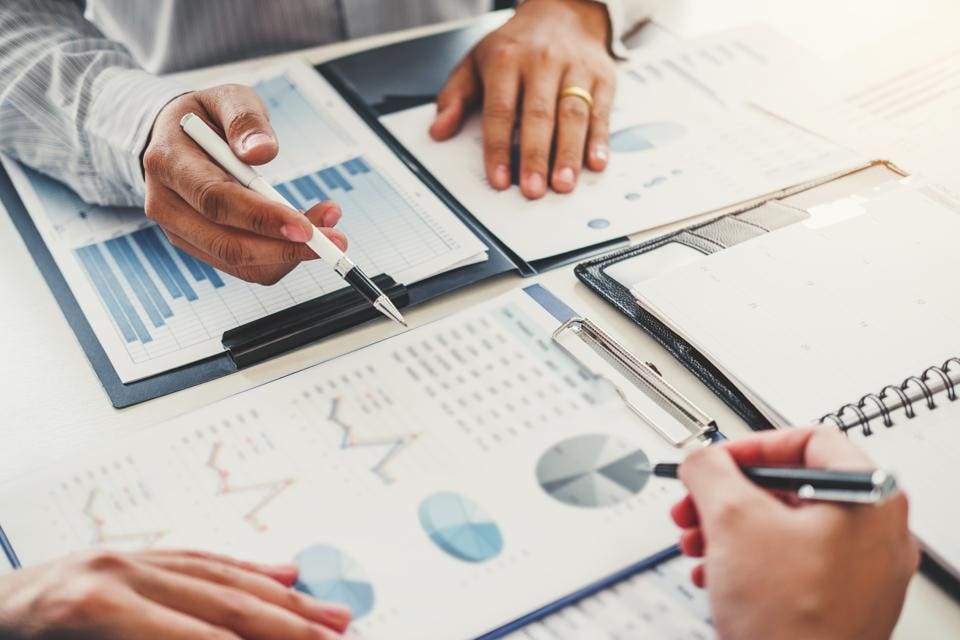 I recommend about 250 stocks a year in this column, but usually hold only about 25 stocks in a typical client portfolio.

Naturally, readers ask from time to time, “Well, what do you actually hold?” So, once a year in this column I report on the holdings in my firm’s Model Portfolio. I own these for most clients, though not for all.

Buying stocks with rising dividends is a time-tested technique. Intel(INTC), the nation’s largest semiconductor maker, fits squarely into this paradigm; it has increased its dividend by 6% a year in the past five years. It has a current yield of 2.9%.

Check Point Software (CHKP), based in Israel, specializes in internet security, a timely area. The stock is expensive, but the 13% annual earnings growth rate in the past ten years is impressive.

Sony (SNE), which has its headquarters in Japan, makes consumer electronics, notably the Sony PlayStation, and runs a movie studio, Sony Pictures. Its return on stockholders’ equity in the latest 12 months was more than 26%.

Berkshire Hathaway (BRK.B), the kingdom of the renowned Warren Buffett, is huge in reinsurance and insurance. It also has interests in railroads, utilities and scores of other businesses. It’s nice to be aligned with a genius.

Bank OZK (OZK), traditionally a very profitable bank with a niche in construction lending, has expanded rapidly--too rapidly, in the view of critics. I am reviewing this holding.

China Construction Bank (CICHY) is one of the largest banks in China. While many investors avoid China because of authoritarian government and lax accounting, I believe there is opportunity in the world’s second-largest economy.

Mastercard (MA) made it into the model at the urging of my colleagues, despite my skeptical view that it was pricey. It has been my best performer. It keeps expanding internationally and is hugely profitable.

Progressive (PGR) is a property insurance company whose humorous ads are often seen on national television. Its market share and revenue have been growing nicely.

Alphabet (GOOGL), the parent of Google, strikes me as one of the most innovative companies in the world. In addition to its signature search engine, it runs YouTube, works on artificial intelligence, and is developing self-driving cars.

Walt Disney Co. (DIS), famous for its theme parks and movies, is a television power, owning ABC, ESPN and the Disney channel. It will soon start a streaming service, for which I have high hopes.

An old favorite of mine is Sanderson Farms (SAFM), a Mississippi-based chicken producer that benefits from the long-term trend for Americans to eat more chicken and less beef.

One of my newest acquisitions is Walmart (WMT). It seems to be making rapid progress is selling online, in competition with Amazon.com.

I am having some trouble with Walgreen Boots Alliance (WBA), which has declined since I purchased it. I think investors are worrying too much about threats from national health insurance, and from Brexit.

My other healthcare choice, Zoetis (ZTS), makes medicines for farm animals and pets. It is unabashedly a growth stock, not a value stock.

Energy has been a sore spot in the portfolio this year. Struggling badly is Antero Resources (AR), a natural gas producer whose shares sell for less than four times earnings. Insiders have been actively buying the stock.

Holding up better is Helmerich & Payne (HP), an oil service company. Its strong balance sheet should help it get through the industry’s current tough times.

Li Ka Shing, a famous financier in China, built CK Asset Holdings Ltd.(CHKGF). It owns buildings in Hong Kong and throughout the world, including the Chelsea Waterfront in London.

An old favorite of mine is General Dynamics (GD), which I consider the best-run U.S. defense contractor.

In a world where political and military tensions run high, I also like having a little exposure to gold, which is usually resilient in crises. I get it from SPDR Gold Trust (GLD).

The final stock is a homebuilder. Since I am still accumulating it for clients, I won’t name it right now.